People crossing the border have their temperature taken to check for symptoms of Ebola, near Kasindi, eastern Congo on Wednesday. 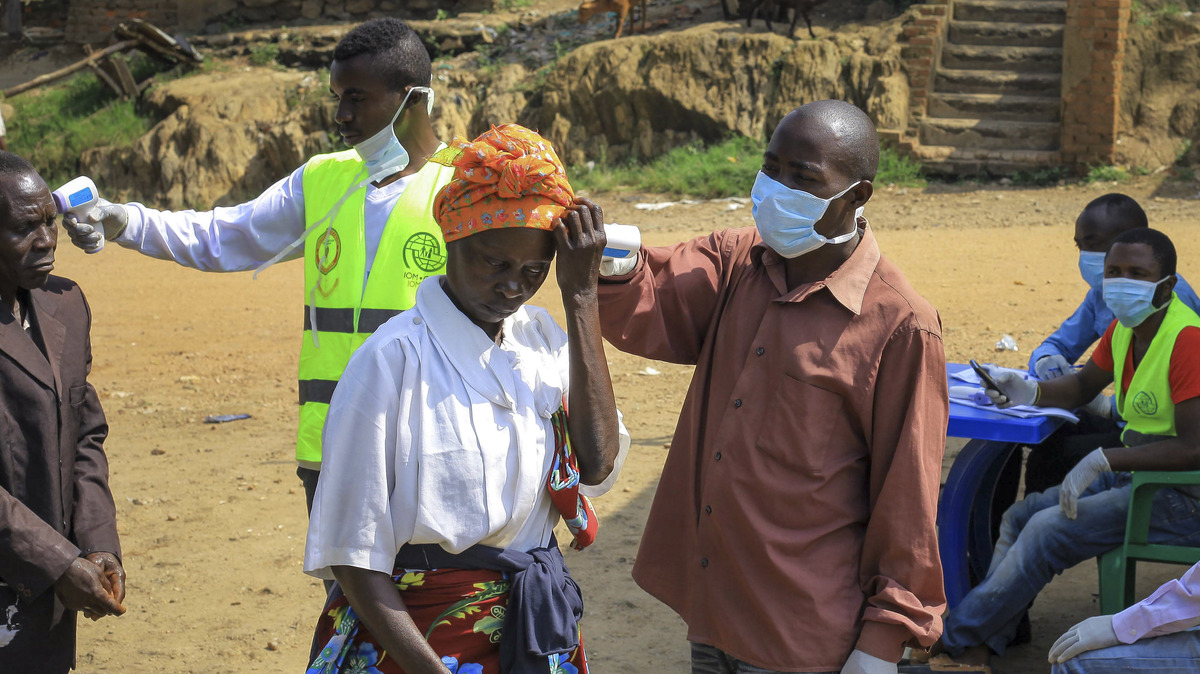 People crossing the border have their temperature taken to check for symptoms of Ebola, near Kasindi, eastern Congo on Wednesday.

The World Health Organization is considering whether to declare the current Ebola outbreak in central Africa a global health crisis after new cases spread to Uganda from neighboring Democratic Republic of the Congo, where the disease has already killed nearly 1,400 people.

WHO announced on Tuesday that a 5-year-old boy who traveled with his family to Uganda from Congo died from the disease. On Thursday, a Ugandan health ministry official said a second patient, the boy’s grandmother, had also died.

Uganda’s Health Minister Jane Ruth Aceng said that officials there have been on alert to prevent the spread of the disease.

“I am worried because having Ebola in the country is not something you take lightly, because Ebola means death,” she told the BBC.

“Uganda has been preparing for the past ten months and you have seen the swiftness with which we moved to detect these cases, isolate them and prepare a response,” Aceng said.

The Associated Press, quoting Congo’s health ministry, says a dozen of the boy’s family members also showed Ebola symptoms and had been placed in isolation. However, six of them managed to leave while awaiting transfer to a treatment facility.

A WHO expert committee on the outbreak was scheduled to meet for a third time on Friday in Geneva, where it will discuss whether to declare a global health emergency.

The latest Ebola outbreak, centered in northeastern Congo, was declared in August. It is “by far the largest” of 10 such outbreaks in the country in the past 40 years, according to Doctors Without Borders.

Meanwhile Rwanda, which neighbors both the DRC and Uganda, says it is tightening its borders with both countries and the government is urging people not to travel to affected areas, according to the state-backed newspaper The New Times.

Earlier this year, Rwanda said it would begin issuing front-line health workers an experimental Ebola vaccine in an effort to keep the disease from crossing into its territory. And, Uganda’s health ministry has been encouraging its public to get the vaccine, assuring them of the vaccines safety and effectiveness, Aceng said in a statement.

Ebola is spread through direct contact with bodily fluids, such as blood, saliva and vomit. Initial symptoms include fever, headache, muscle pain and chills. Later symptoms can include internal bleeding, vomiting and coughing up blood. On average, half of the people who contract Ebola die as a result of the disease.