Tankers On Fire In Gulf Of Oman After Suspected Attack

The tankers Front Altair and Kokuka Courageous’ movements are shown in this still image taken from an animation obtained on Thursday from social media. 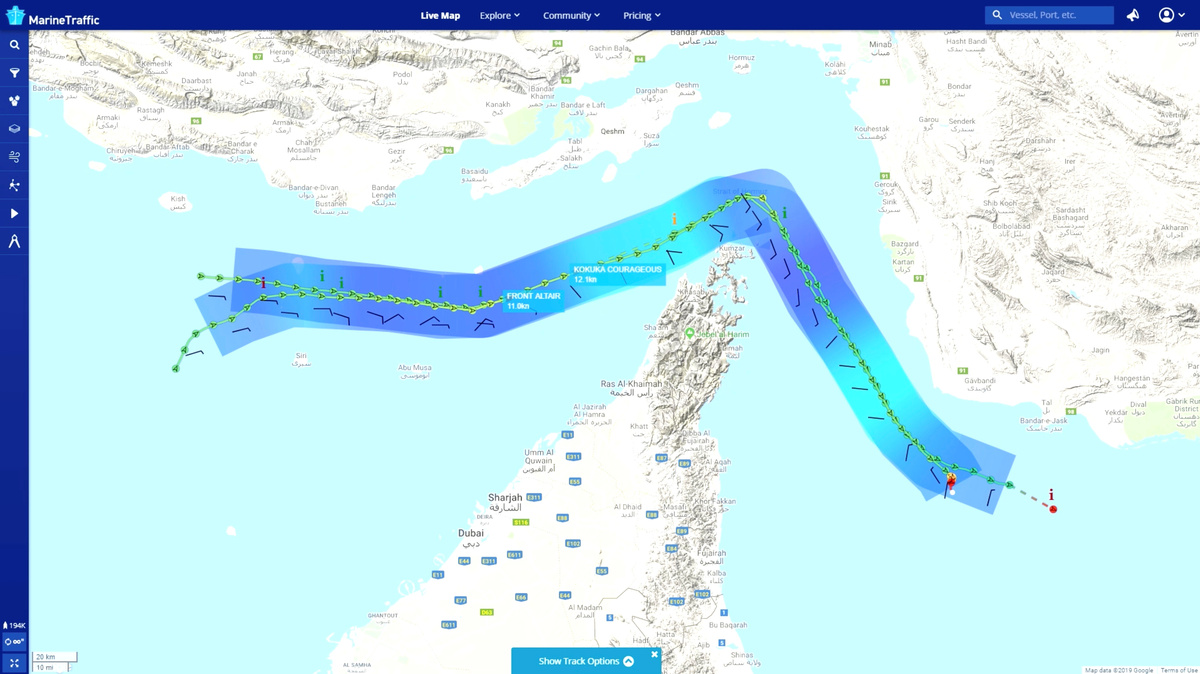 The tankers Front Altair and Kokuka Courageous’ movements are shown in this still image taken from an animation obtained on Thursday from social media.

Two oil tankers were on fire after a suspected attack in the Gulf of Oman, the same waterway where four other commercial ships sustained serious damage last month after the U.S. said they were hit by Iranian mines.

The Norwegian shipping company Frontline, which owns Front Altair, said its vessel had experienced an explosion, the cause of which was not yet known. All 23 crew members aboard the vessel carrying naphtha were brought to safety by a nearby vessel, the Hyundai Dubai, according to Norway’s VG newspaper, quoting a company official.

BSM Ship Management, which operates Kokuka Courageous, said in a statement that all 21 crew members on its ship were rescued by the vessel Coastal Ace with only minor injuries to the crew after an “incident on board which resulted in damage to the ship’s hull starboard side.”

Iran’s state-run IRNA news agency reported that multiple tankers were seriously damaged. It claimed that Iranian rescue crews picked up all 44 crew members from both ships and that the Front Altair had sunk, but Reuters reports that a spokesman for Frontline denied the report.

The Bahrain-based U.S. Navy 5th Fleet said in a statement: “We are aware of the reported attack on shipping vessels in the Gulf of Oman. U.S. Naval Forces in the region received two separate distress calls at 6:12 a.m. local (Bahrain) time and a second one at 7:00 a.m. U.S. Navy ships are in the area and are rendering assistance.” Meanwhile, the United Kingdom Maritime Trade Operations, which is run by the British navy, put out an alert warning of an unspecified incident in the Gulf of Oman and urging mariners to exercise “extreme caution” in the area.

No one immediately claimed responsibility. However, the U.S. has said that Iran used mines to attack four oil tankers off the nearby Emirati port of Fujairah last month. Iran has denied involvement.

The last reported position for both vessels, as tracked by the website VesselFinder, placed them in proximity to each other and near the Strait of Hormuz, the narrow choke point separating the Gulf of Oman from the Persian Gulf that Iran has repeatedly threatened to close off in response to U.S. sanctions over Tehran’s nuclear weapons program.

Japanese Prime Minister Shinzo Abe shakes hands with Iranian President Hassan Rouhani during a welcome ceremony in Tehran, Iran, on Wednesday. Abe is on a two-day official visit to Iran, where he hopes to mediate between Tehran and Washington. 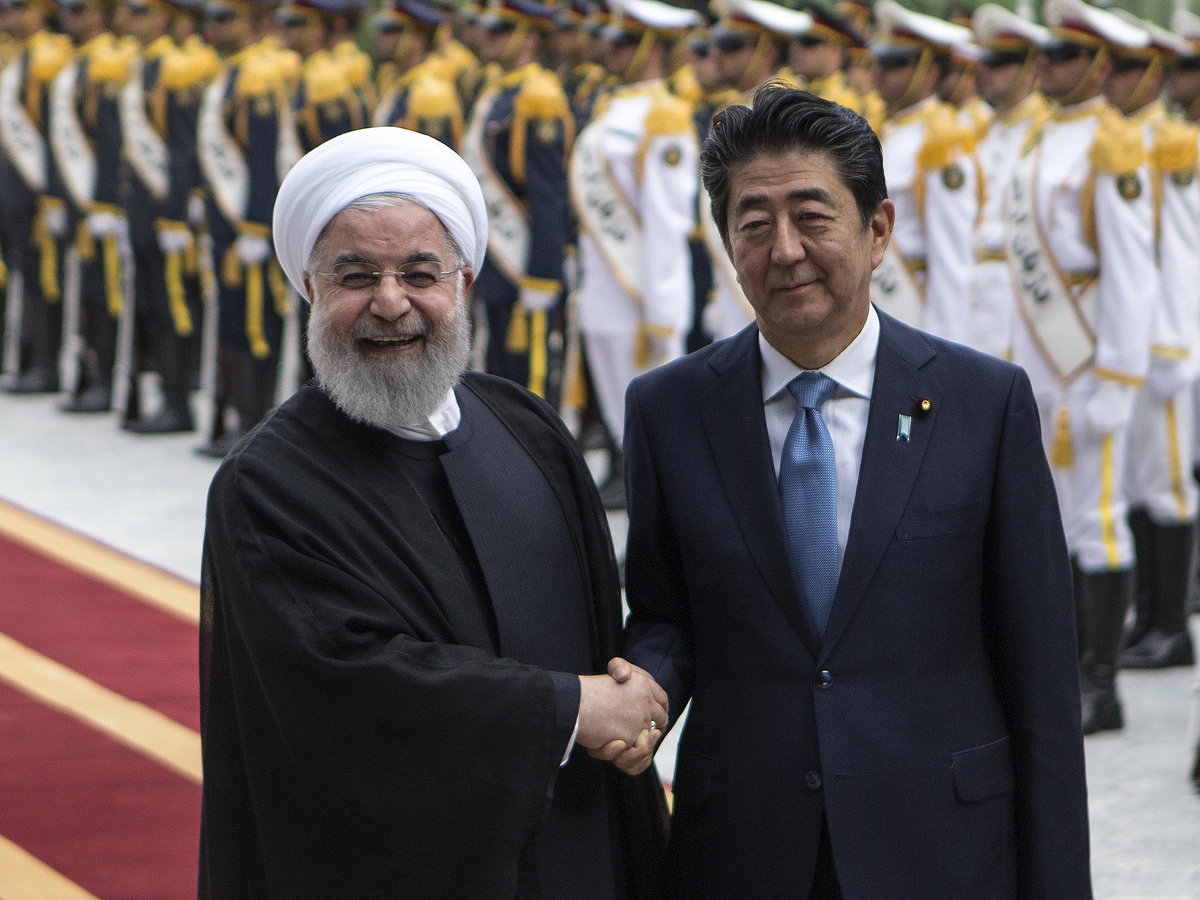 Japanese Prime Minister Shinzo Abe shakes hands with Iranian President Hassan Rouhani during a welcome ceremony in Tehran, Iran, on Wednesday. Abe is on a two-day official visit to Iran, where he hopes to mediate between Tehran and Washington.

Japan’s Trade Ministry says the two oil tankers carried “Japan-related” cargo, according to The Associated Press. The incidents come as Prime Minister Shinzo Abe is on an official visit to Iran.

The price of Brent crude spiked by more than 4% following reports of tanker fires to $61.80 a barrel at 11:51 a.m. in Dubai, according to Bloomberg.

This is a developing story. Some things reported by the media will later turn out to be wrong. We will focus on reports from police officials and other authorities, credible news outlets and reporters who are at the scene. We will update as the situation develops.