The signing of the United States Constitution in 1787. The country’s founders foresaw the threat of foreign interference in our elections. 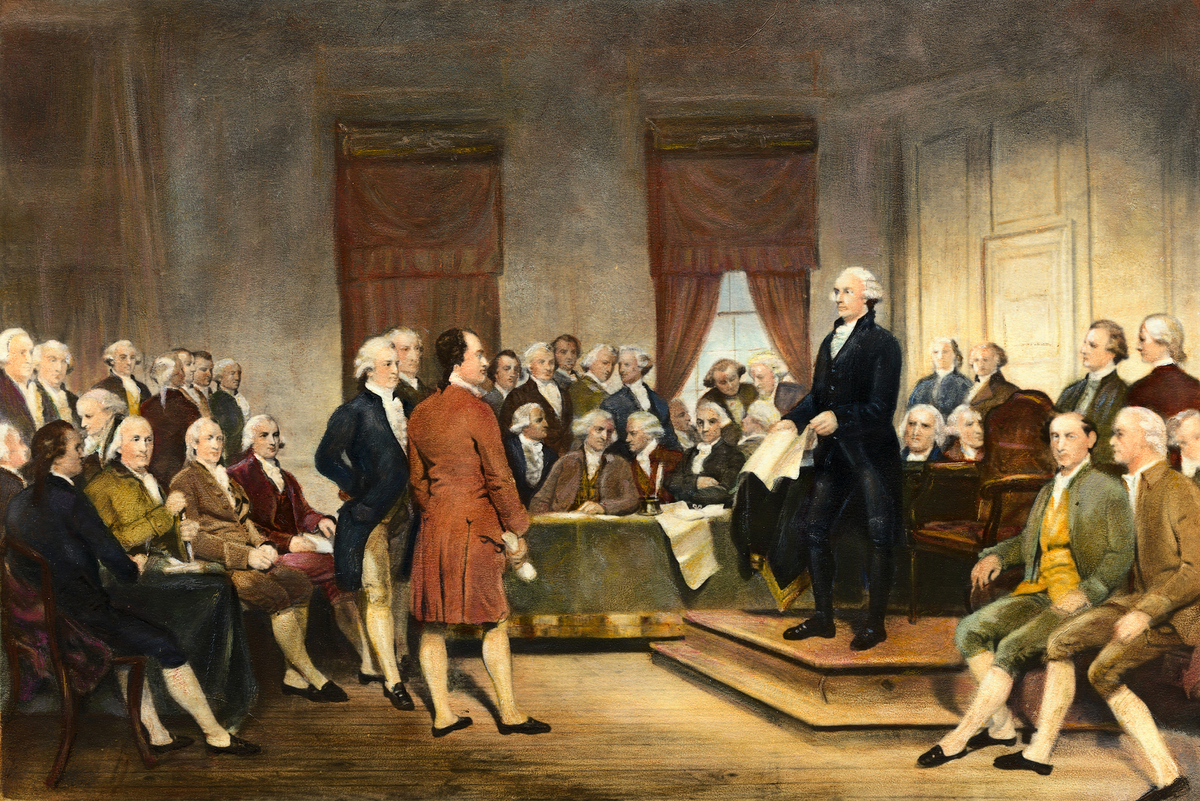 The signing of the United States Constitution in 1787. The country’s founders foresaw the threat of foreign interference in our elections.

The founders of American democracy could not have anticipated the technology of the 21st century or many of the other changes that have redefined the republic they created. But they clearly foresaw one challenge that faces the inheritors of their handiwork– the threat of foreign interference in our elections.

The fear of foreign interference was a driving issue in the conversations of the Constitutional Convention in Philadelphia in the summer of 1787. Several features of the Constitution the framers produced that summer had their origin in this fear, as former Federal Election Commission chairman Trevor Potter noted in a 2017 speech.

Potter, now president of the Campaign Legal Center, said “the founders took steps to guard against such [interference] by including in our Constitution guardrails like the requirement that the president be a ‘natural born citizen.'”

Another guardrail was the emoluments clause, prohibiting any government officer from accepting a title or a gift from any foreign government. That clause of the Constitution had come to seem antique, as the norms and presumptions of American politics long ago made it hard to imagine a sitting president actually being bribed by a foreign power.

But today, with Saudi Arabia and other foreign governments routinely spending lavishly for accommodations at Trump Organization properties in Washington and elsewhere, the word emolument has returned to the news. Two federal judges at the trial court level have refused to disallow lawsuits (one filed by the District of Columbia and the state of Maryland and another filed by 201 members of Congress) charging that the Trump businesses are violating the emoluments clause. Both courts accepted the definition of emolument as “any profit, gain or advantage.”

The framers also feared that presidents or other executive officers might prove disloyal to the country and Constitution they were sworn to protect. Thus the impeachment clause, as originally written, singled out the crimes of treason and bribery as grounds for impeachment.

When the newly minted Constitution was awaiting ratification by the states, some of its advocates produced a series of written arguments for it that were published as The Federalist Papers. Number 68 in this series (usually attributed to the prolific Alexander Hamilton) said “the desire [of] foreign powers to gain an improper ascendant in our counsels” was a source of corruption and “one of the most deadly adversaries of republican government.”

In other words, determined effort would be necessary on the part of the U.S. government to forestall the intrusions from these self-interested outsiders.

Two major figures of the revolutionary era who were not present in Philadelphia were future presidents John Adams and Thomas Jefferson. Starting in 1785, these two stalwarts of the revolution had been serving as their fledgling nation’s first “ministers” (ambassadors) to Great Britain and France — the rival powers whose influence the framers most feared.

An engraving of John Adams. 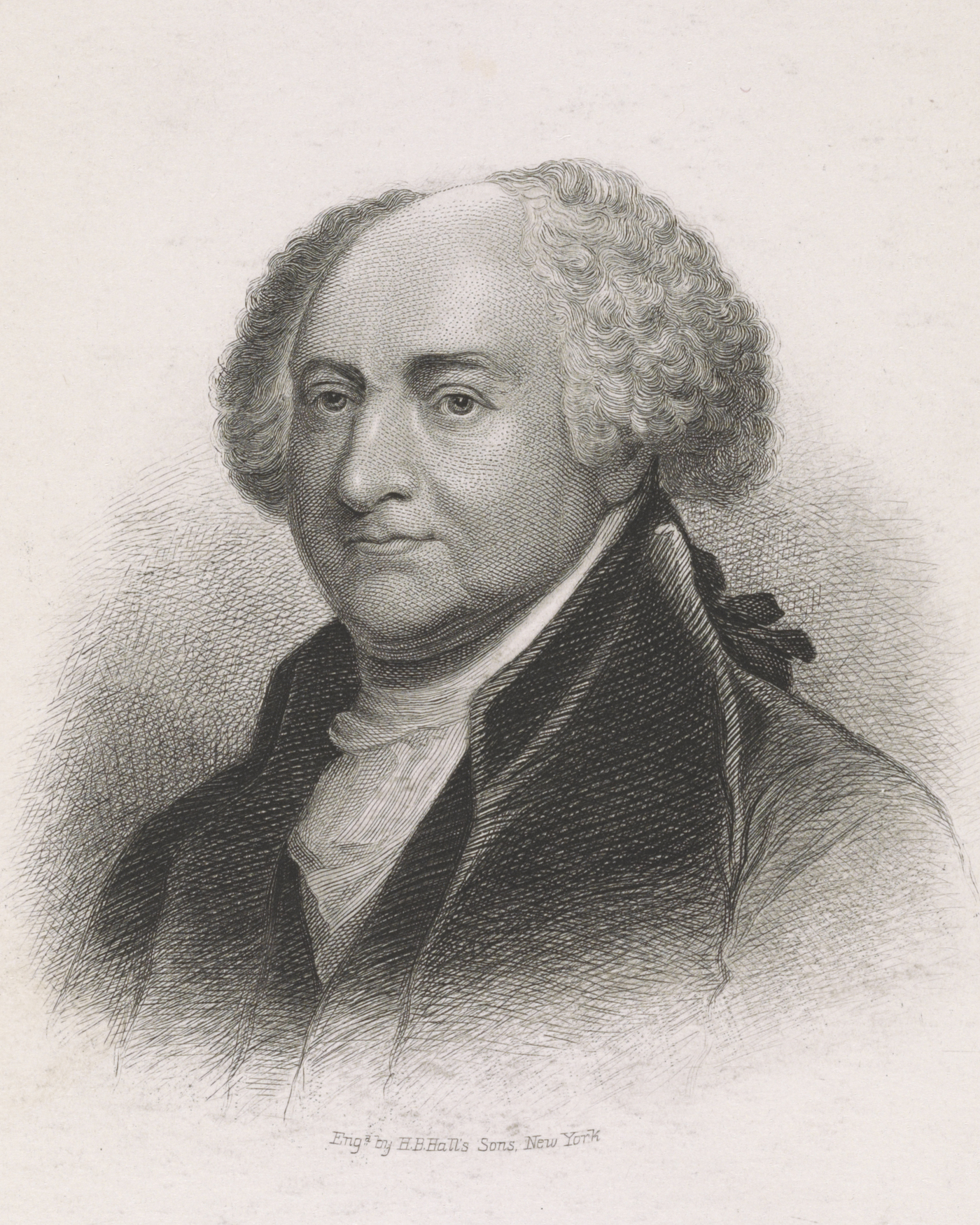 An engraving of John Adams.

In a letter written late in 1787, Adams wrote that he understood Jefferson being “apprehensive of foreign Interference, Intrigue and Influence.” Adams said he shared that very concern and thought it was a good reason not to have elections too often. “As often as Elections happen,” Adams wrote, “the danger of foreign Influence recurs.”

The United States of the late 1780s was by no means a world power. It was a loosely organized and struggling infant nation of a few million, clinging to the Atlantic coastline of a continent yet to be explored. The former colonists had until recent times considered themselves British subjects, and many still longed to re-establish that connection. Others felt more affinity towards the French, who had, after all, lent a hand in helping the American revolution succeed (if only as part of France’s larger war against the British).

For their part, the British and French were all too eager to continue pursuing their rival interests in North America — which had long been a source of riches and a theater of conflict for these and other imperial powers.

What the Americans feared was a renewal of those empires’ rivalry on the new battlefield of the American government. It took little imagination to foresee a presidency and a Congress beset by the representatives and hirelings of European monarchs. Indeed, the various European capitals and royal courts seethed with intrigue sponsored by competing powers.

Some of that toxic atmosphere had found its way to these shores during the presidency of George Washington. Tensions arose over the French Revolution, which began the same year Washington was inaugurated and put enormous strain on the relationships among several of the “founding fathers.”

Jefferson, who had represented the U.S. in Paris, saw the upheaval in that city as part of a larger movement for freedom and rights. Adams, who had been the minister to London, adopted the view more popular in Britain — horrified by the bloody excesses of some French revolutionists.

An engraving of Thomas Jefferson. 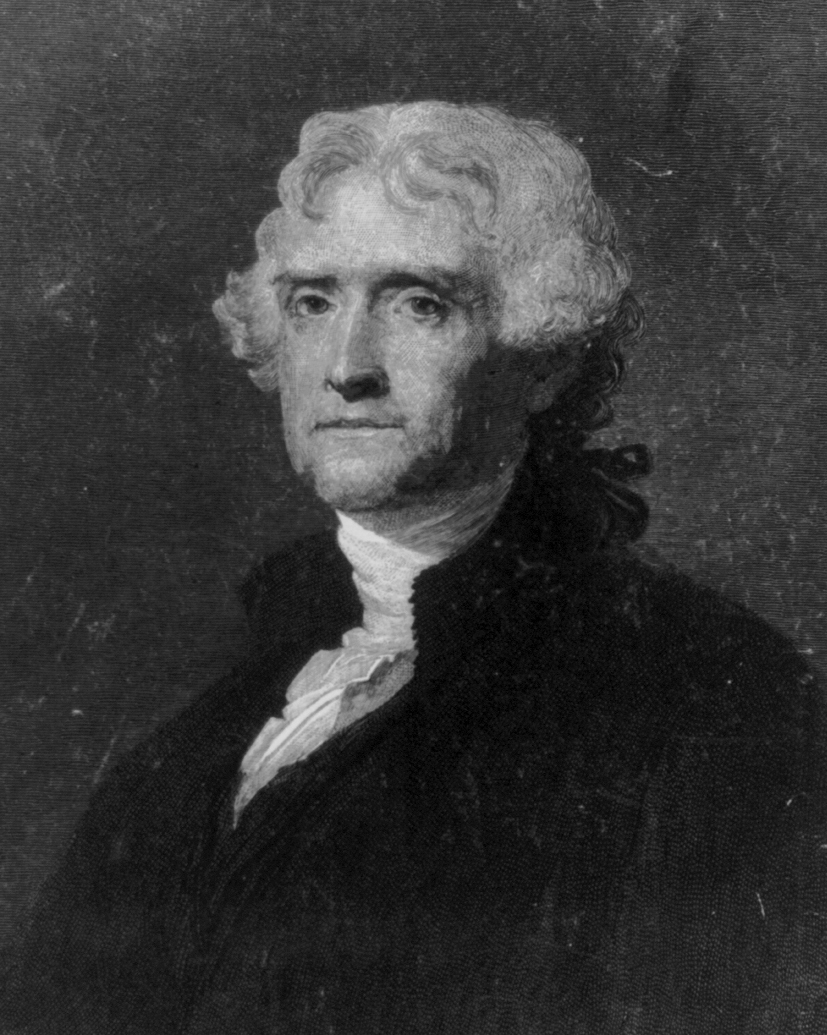 An engraving of Thomas Jefferson.

These divisions were still fresh for Washington when he wrote one of the most famous passages of his 1796 farewell address. As he voluntarily retired after two terms, Washington was at pains to warn against all foreign entanglements:

“Against the insidious wiles of foreign influence…the jealousy of a free people ought to be constantly awake, since history and experience prove that foreign influence is one of the most baneful foes of republican government.”

As the U.S. grew and became a world power in its own right, apprehensions over foreign intrigue took different forms. In the 20th century, public support for the U.S. entering World War I spiked after newspapers reported on the “Zimmerman telegram” in 1917. Supposedly written by a German diplomat, the document described a plot in which Mexico would be rewarded with land if it allied itself with Germany against the U.S.

Two decades later, fear of German agents spreading Nazi propaganda led Congress to pass the Foreign Agents Registration Act (FARA). About the same time, Congress also created the House Committee on Un-American Activities (HUAC) to investigate agents with fascist or communist connections to the dictators of Europe and Russia. After World War II, HUAC would focus on spying and infiltration by agents of Soviet Russia.

HUAC was abolished in 1975, its reputation long since sullied by its own excesses and those of other Red Scare figures such Sen. Joseph R. McCarthy (R-Wis.). But FARA is still on the books, requiring lobbyists and others hired by foreign governments to identify themselves and their work products by identifying their foreign sponsors.

Enforcement of FARA had been intermittent in the years following the fall of the Soviet Union. But many Washington lobbyists suddenly scrambled to update their registration after Special Counsel Robert Mueller went after Paul Manafort, a former chairman of President Trump’s 2016 campaign, in part for failure to file under FARA.

Manafort was still with that campaign during the summer weeks of 2016, when Trump urged Russia to find the missing emails of Democratic presidential nominee Hillary Clinton.

Special counsel Mueller’s two-year investigation of Russian efforts to interfere in the 2016 campaign produced an emphatic, unequivocal statement that such interference was real and extensive and intended to defeat Clinton.

Mueller cited approximately 140 contacts between Russian operatives — many of whom Mueller indicted — and persons affiliated with the Trump campaign.

But no one from the latter group has been indicted, and Mueller’s report said it would be necessary to prove beyond a reasonable doubt that the Trump faction knew what they were doing was illegal.

This week, ABC News aired videotape of an interview that Trump gave chief anchor George Stephanopoulos in which Trump says “I think I’d take it” if a foreign government offered him negative information about an opponent candidate. Trump also said that under such circumstances he might not tell the FBI about it.

The president later told Fox News that what he meant to say was that he’d do both: Meet with a foreign power but also notify authorities.

That marked a shift from Trump’s answer when he was earlier told that FBI Director Christopher Wray had said any candidate in such circumstances should call the FBI. As Trump then responded: “The head of the FBI is wrong.”

“That’s not the right answer,” said Sen. Lindsey Graham, R-S.C., on Thursday, taking issue with the president he usually defends. “It should be practice for all public officials who are contacted by a foreign government with an offer of assistance … to inform the FBI and reject the offer.”

That reflects a concern about the motives and agendas of foreign governments that would be familiar to Adams, Jefferson and Washington — the first three presidents — not to mention their successors.