What We Know: ‘Mass Arrest’ Of 16 Marines Over Alleged Human Smuggling

A human smuggling investigation by the military led to the arrest of 16 Marines on Thursday while carrying out a battalion formation at California’s Camp Pendleton, a base about an hour’s drive from the U.S.-Mexico border. 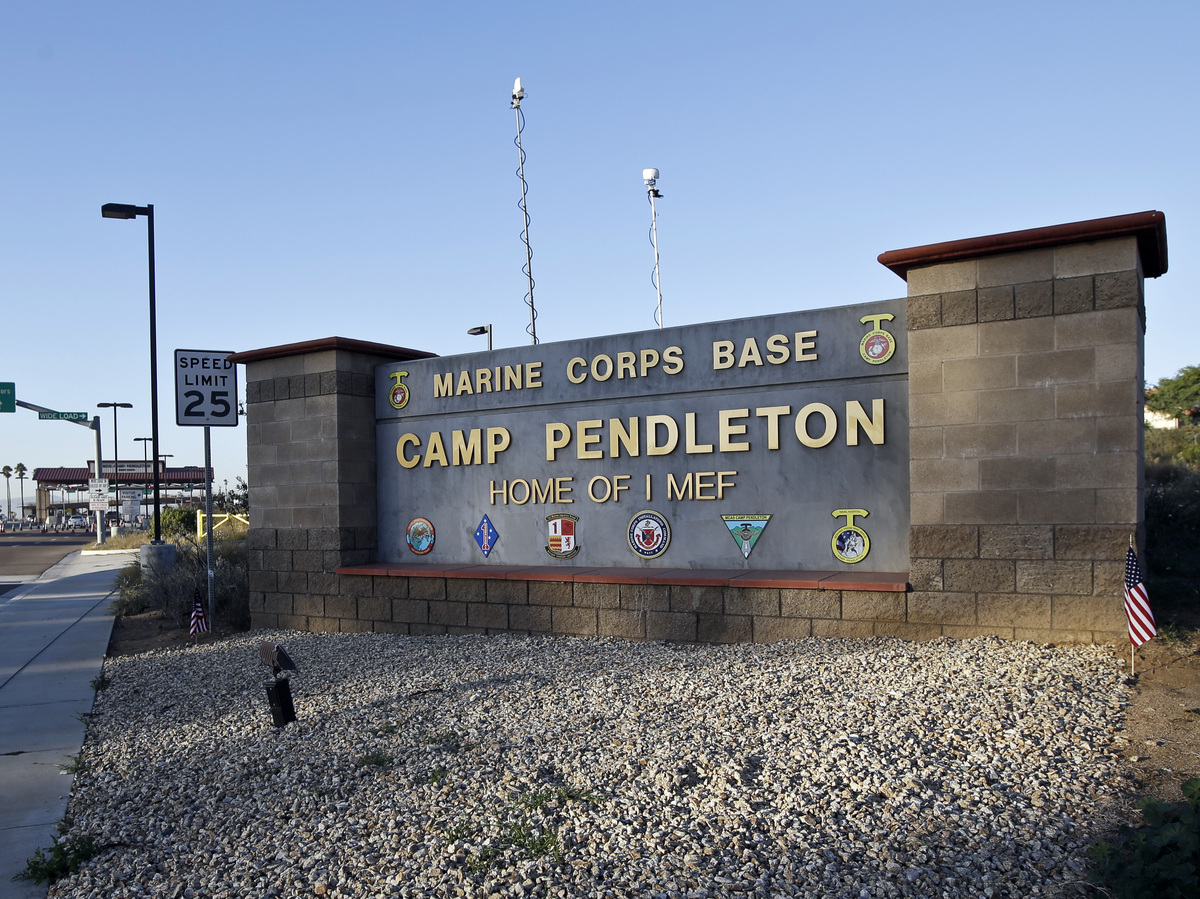 A human smuggling investigation by the military led to the arrest of 16 Marines on Thursday while carrying out a battalion formation at California’s Camp Pendleton, a base about an hour’s drive from the U.S.-Mexico border.

The Navy has arrested 16 Marines at a major West Coast military base over their alleged involvement in human smuggling, drug offenses and other crimes.

On Thursday morning, after some 800 Marines gathered in formation at Camp Pendleton north of San Diego, Marine officials working with the Naval Criminal Investigative Service pulled out the 16 people and placed them under arrest, as NPR’s Tom Bowman reported.

The Marine Corps has not provided details about the alleged crimes, saying in a statement that they include “various illegal activities ranging from human smuggling to drug-related offenses.”

It’s rare for such a large group of Marines to be arrested, Bowman said. “Marines I talk with say they don’t recall a number this high being arrested for alleged illegal activity in memory.”

In addition to the very public mass arrest, eight other Marines were pulled out of the formation for questioning about separate possible drug crimes, the Marines said.

The Marines say that none of the accused personnel were involved in the Southwest Border Support mission, where troops are assisting U.S. Customs and Border Protection to secure the U.S. border with Mexico. Camp Pendleton is about 60 miles north of the border.

The military has not specified what formal charges the arrested Marines might face.

Kendra Motz, a spokesperson for the 1st Marine Division, said that all of the Marines arrested and questioned were of relatively low rank – from private first class to corporal. According to Marine Corps Times, they were from 1st Battalion, 5th Marines. That regiment “deploys as a Battalion Landing Team,” according to its website.

“1st Marine Division is committed to justice and the rule of law, and we will continue to fully cooperate with NCIS on this matter,” the Marines statement said. “Any Marines found to be in connection with these alleged activities will be questioned and handled accordingly with respect to due process.”

Another human smuggling investigation provided the information that led to the arrests. It’s not clear which investigation that information came from, though as Bowman notes, two Marines who were also from Camp Pendleton were arrested for allegedly helping three migrants enter the U.S. from Mexico earlier this month.

“The two Marines, according to court documents, were caught by a U.S. Border Patrol agent driving on Interstate 8 in San Diego County. Three passengers admitted they were Mexican citizens and planned to pay $8,000 to get into the U.S.,” Bowman reported. Marine Corps Times reports that those Marines also hailed from 1st Battalion, 5th Marines.