Rescued migrants sit on the coast of Khoms, some 100 kilometres (60 miles) from the Libyan capital Tripoli, on July 26, 2019. About 145 migrants were rescued by the Libyan coastguard, and survivors had reported that about 150 people remained missing. 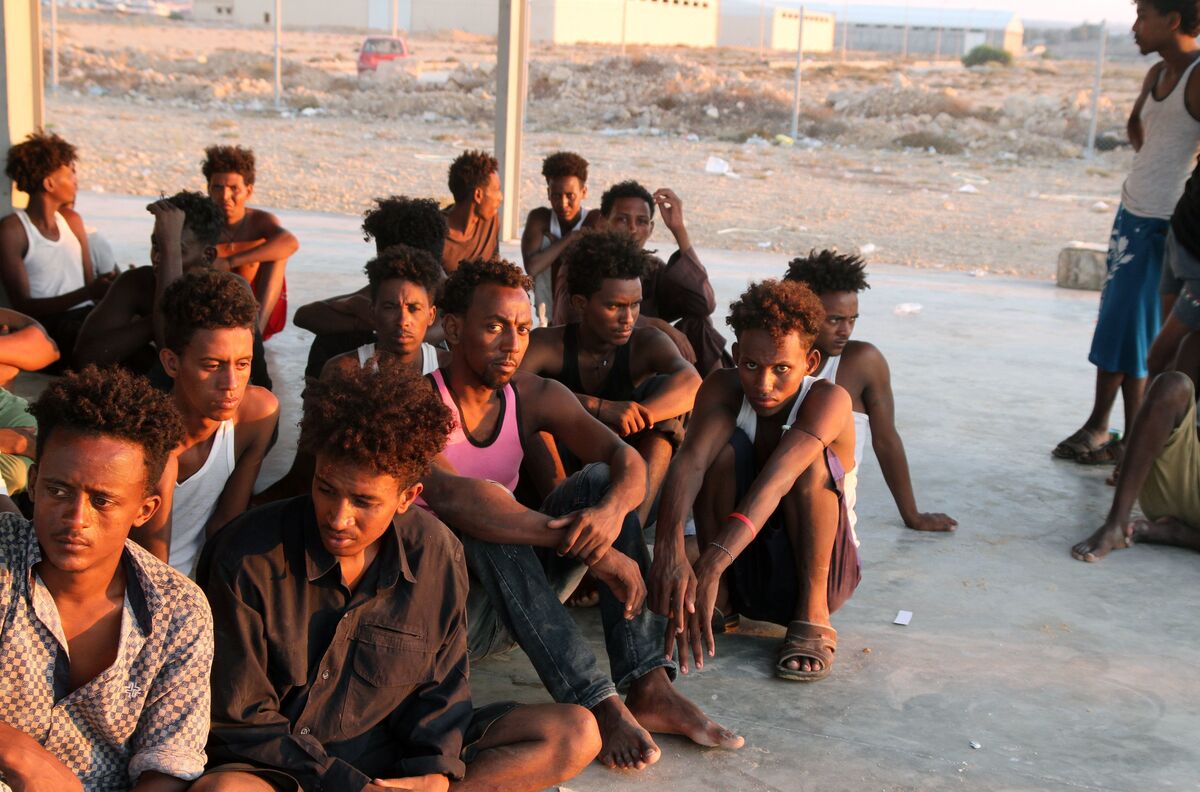 Rescued migrants sit on the coast of Khoms, some 100 kilometres (60 miles) from the Libyan capital Tripoli, on July 26, 2019. About 145 migrants were rescued by the Libyan coastguard, and survivors had reported that about 150 people remained missing.

As many as 150 refugees are believed dead after their wooden boat that had been bound for Europe capsized off Libya’s coast. According to the United Nations, it’s the worst loss of life this year in Mediterranean.

On Wednesday night, the boat departed from Al Khoms, Libya, about 75 miles east of the capital, Tripoli. It sank on Thursday, five miles from Libya’s coast.

I am horrified by reports that about 150 people died in a shipwreck off the coast of Libya.

We need safe, legal routes for migrants and refugees.

Every migrant searching for a better life deserves safety and dignity.

The boat’s engine reportedly failed, and then it capsized, the U.N. says. Local fishermen began rescue efforts; they were later assisted by the Libyan Coast Guard.

“It was one large wooden boat, a vessel unseaworthy for the job at hand,” U.N. High Commissioner for Refugees Spokesperson Charlie Yaxley told NPR.

Around 145 people have been rescued; many of them have an Eritrean or Sudanese background, according to the IOM. The survivors also include one Palestinian and one Bangladeshi refugee.

It’s the latest migrant tragedy to happen in the Mediterranean in 2019.

In May, 65 migrants leaving from Libya died after their boat capsized in the Mediterranean near Tunisia.

“The journeys are becoming increasingly dangerous,” Yaxley says. “For 2019, one person has died on the route from Libya to Europe for every six that have reached European shores. Our death rate is rising alarmingly.”

The decrease in migrants crossing the Mediterranean is primarily due to new policies from Italy’s hard-right, anti-immigration government. With the EU’s backing, Italy struck a deal with Libyan authorities to curtail migrants leaving from Libya by turning back boats and returning migrants to detention centers.

The U.N. is urging all countries involved to prevent the transfer of survivors to detention centers, which have been found to expose migrants to human rights abuses.

Earlier this month, an airstrike at the Tajoura Detention Center near Tripoli killed over 50 people.

Humanitarian agencies reported that 84 survivors of this week’s shipwreck were transferred to the Tajoura facility. The IOM’s Libya Branch, however, says the survivors were not accepted at Tajoura and are now being “released gradually.”

?Update: The 84 migrants were not accepted at Tajoura detention centre and remained last night at the disembarkation point in Tripoli. They are now being released gradually into the city.