Sovereign Valentine, a personal trainer in Plains, Mont., needs dialysis for his end-stage renal disease. When he first started dialysis treatments, Fresenius Kidney Care clinic in Missoula charged $13,867.74 per session, or about 59 times the $235 Medicare pays for a dialysis session. 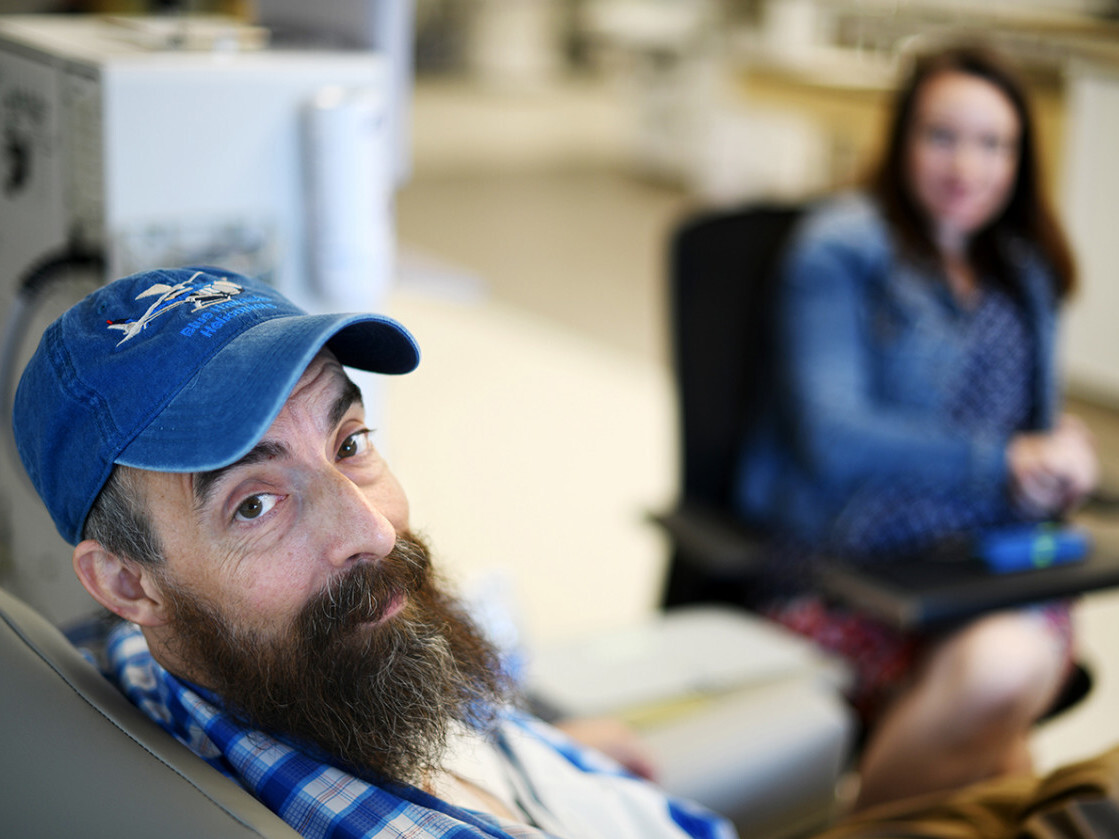 Sovereign Valentine, a personal trainer in Plains, Mont., needs dialysis for his end-stage renal disease. When he first started dialysis treatments, Fresenius Kidney Care clinic in Missoula charged $13,867.74 per session, or about 59 times the $235 Medicare pays for a dialysis session.

Fresenius, one of the two largest dialysis providers in the U.S., has agreed to waive a $524,600.17 bill for a man who received 14 weeks of dialysis at a clinic in Montana.

NPR, Kaiser Health News, and CBS This Morning told Sovereign Valentine’s story this week, as part of the “Bill of the Month” series, a crowdsourced investigation that seeks to understand the exorbitant health care bills faced by ordinary Americans.

On Thursday, a representative from Fresenius told Sovereign’s wife, Dr. Jessica Valentine, that the company would waive their unpaid bill. Instead, they will be treated as in-network patients, and Fresenius will seek to negotiate with their insurer a rate higher than what the insurer has already paid. The Valentines are responsible only for their $5,000 deductible, which Sovereign, who goes by “Sov,” has already hit for the year. That leaves them with $0 left to pay on their in-network deductible.

“It’s a huge relief,” Sov said. “It allows me to put more energy back into just taking care of my health and not having stress hormones raging.” Sov said he hopes his experience will shed light on the problem of balance billing and help other patients in similar situations.

A 50-year-old personal trainer, Sov was diagnosed with kidney failure in January and sent for dialysis at a Fresenius clinic 70 miles from his home in rural Plains, Mont. A few days later, Sov and Jessica learned that the clinic was out-of-network and that they would be required to pay whatever their insurer didn’t cover.

The Valentines initially could not find an in-network option, and Sov needed dialysis three times a week to survive. After he underwent 14 weeks of dialysis with Fresenius, the couple received a bill for $540,841.90. Their insurer, Allegiance, paid $16,241.73, about twice what Medicare would have paid. Fresenius billed the couple the unpaid balance of $524,600.17 — an amount that is more than the typical cost of a kidney transplant.

Fresenius spokesman Brad Puffer said that the Valentines should always have been treated as in-network patients because their insurer, Allegiance, is a subsidiary of Cigna, which has a contract with the dialysis company. Under this contract, Fresenius would have been paid a higher rate than what Allegiance paid. The Valentines, he said, were caught in the middle of a contract dispute between the companies.

“In the future, we pledge to better identify situations where we believe the insurer has incorrectly classified one of our facilities as being out of network,” Puffer said in a statement. “This will allow us to address the matter directly with the insurer in the first instance, without them placing the patient in the middle.”

Allegiance declined to comment for this story. Jessica Valentine questioned whether they may owe an out-of-network deductible and is waiting to hear what her insurer says about that.

Like her husband, Jessica is relieved that their bill seems to be resolved but worried that other people with bills like theirs might not be so lucky. She’s also grateful for all the attention their story has garnered. Montana Sen. Jon Tester’s office and their hospital’s insurance broker both offered to advocate for them. “And a nephrologist from Pennsylvania called me at work and expressed outrage and said she forwarded on our story to the medical director of Fresenius on our behalf,” Jessica wrote in an email.

Now that his bill has been resolved, Sov said he’ll be focusing on the next step in battling his kidney disease: a transplant. “I can just save my energy for that,” he said.

Bill of the Month is a crowdsourced investigation by NPR and Kaiser Health News that dissects and explains medical bills. Do you have an interesting medical bill you want to share with us? Tell us about it!