In The Vagina Bible, gynecologist Jen Gunter dispels myths about the female body. 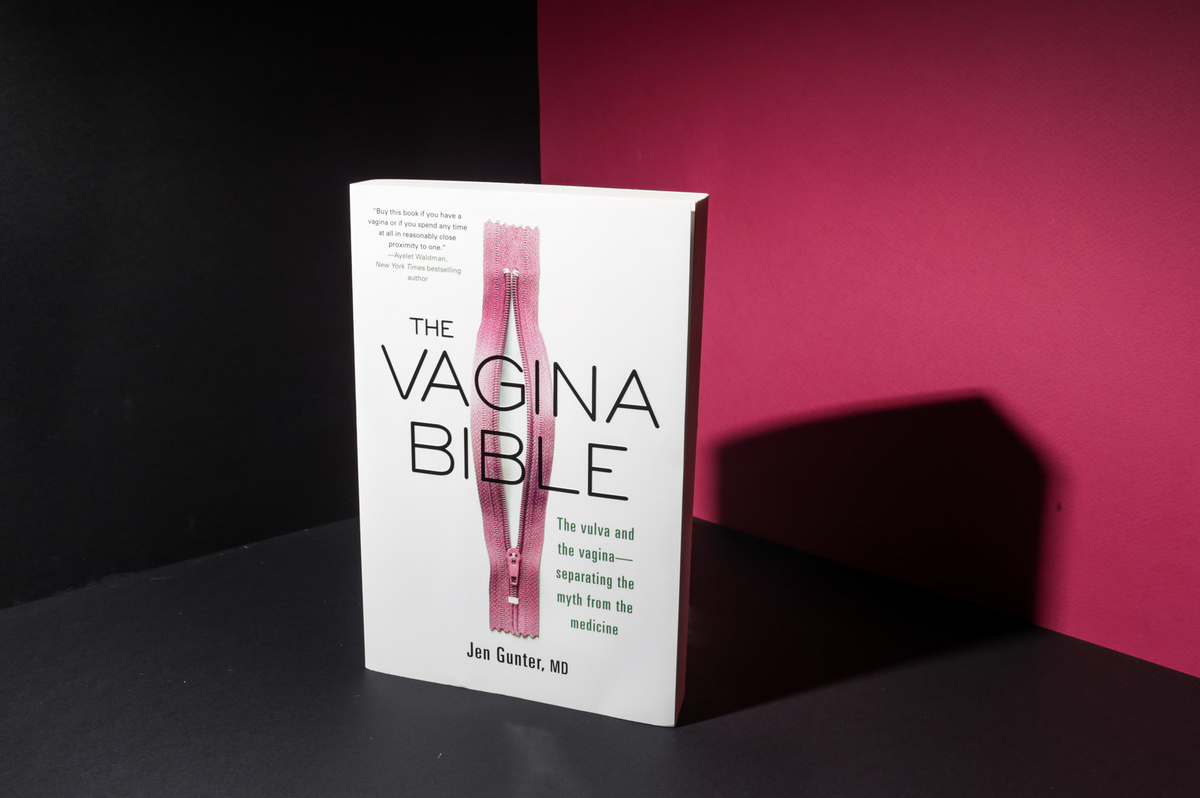 In The Vagina Bible, gynecologist Jen Gunter dispels myths about the female body.

Hey, women: Dr. Jen Gunter wants you to understand your own vagina.

The California gynecologist is on a quest to help women get the facts about their own bodies. It isn’t always easy. In an era of political attacks on women’s reproductive choices, a time when internet wellness gurus are hawking dubious pelvic treatments, getting women evidence-based information about their health can be a challenge, she says.

But Gunter isn’t backing down.

“I’m really just trying to give women information so they can make informed choices,” Gunter tells NPR. “Misinformation is the opposite of feminism. Making an empowered decision requires accurate information.”

Gunter started her blog, Wielding the Lasso of Truth, almost 10 years ago, writing on topics that range from abortion politics to the risks to women who eat the placenta after childbirth (yes, really). She rose to Internet fame as she took on the very public task of debunking several treatments touted by Gwyneth Paltrow and her wellness empire Goop — including $66 jade eggs designed to be inserted into the vagina, and a treatment known as “vaginal steaming.” Gunter now writes a column about women’s health for the New York Times.

She spoke about her new book, The Vagina Bible, with NPR contributor and family physician Mara Gordon. The interview has been edited for clarity and length.

The Vulva and the Vagina — Separating the Myth from the Medicine

The Vagina Bible is coming out at a moment where women’s reproductive health in the U.S. is a huge political issue. Yet this book is more clinical than political. What made you want to take this approach?

I found myself debunking the same myth over and over again: “No, you shouldn’t put yogurt in your vagina. No, you shouldn’t put garlic in your vagina.” I got really fixated on this idea that I wanted women to have a textbook, so they could divorce themselves from the cacophony that’s online … When I went through medical school, Harrison’s Principles of Internal Medicine was the internal medicine Bible. Williams Obstetrics was my ‘obstetrics Bible.’ That’s how I referred to my resources that I went to over and over again.

You talk about how women are conditioned to think their vaginas are abnormal, saying, “There’s a lot of money in vaginal shame.” You argue that it’s related to marketing of procedures like vaginal rejuvenation, or expensive objects women are told to put in their vaginas, or cleansing gels and wipes they’re encouraged to use. What’s going on?

I have noticed a huge increase in what I can only describe as women being “vaginally hyperaware.” I did a fellowship in infectious diseases in 1995, and since then, I have specialized in vaginitis — irritation of the vagina. The number of patients, the percentage that I see, who have nothing physiologically wrong with them has increased dramatically.

What do they tend to be experiencing?

I would say odor; volume of discharge … Then there’s also this group of patients who are convinced they have yeast infections. They definitely have something causing their symptoms that’s not yeast — usually chronic vulvar irritation. So, what happens when someone comes in and the doctor can’t find anything wrong, is that many doctors will just give antibiotics, or give antifungals.

Do your patients ever feel like you’re dismissing or not believing their symptoms?

For so many years women have had their symptoms dismissed. They’ve been told that their normal bodies are wrong. And so there are all these complex messages. I really try to pin down — and ask them — “OK, so what’s your bother factor? And then let’s work it out from there.”

An interesting theme in the book is something I see in my own primary care practice: the “Well, it can’t hurt” phenomenon. For example, a doctor might tell a woman to only wear white cotton underwear if she’s having recurrent yeast infections, because, “Well, it can’t hurt, right?” Doctors suggest a lot of treatments that don’t have any evidence behind them. What’s going on?

I think that it’s really hard for doctors to say, “I don’t know.” That’s something that I learned being a parent of children who had unfixable medical conditions. [My] son has cerebral palsy and [my] other son has a heart condition that can’t be fixed … The most valuable thing, actually, a physician ever told me when I was struggling with my kids was, “You know, if we had better therapies to offer you, we’d be offering them to you.” And that was a really profound moment.

How do you approach this as a clinician, when you can’t offer your patients a quick-fix treatment with rigorous research behind it?

I actually have a lot of therapies for a lot of conditions that people think are impossible to treat. But I do get a lot of patients saying, “Is this the best you have?” And I say, “Yes. Yes it is the best I have.” And I explain why.

Most people can understand the science behind what we’re offering … The biggest issue is that we don’t have the time to explain it. If you’re only given seven minutes to explain to someone the complexities of chronic yeast infections — because actually, immunologically, it’s a little bit complex — the only way you can do it is in a horrible patriarchal, “Well, just do this” manner.

Let’s talk about your other speciality — women’s pelvic pain. Why is this so hard to treat?

Pain is so complex. When you explain it to patients, you have to be so careful, because it can sound like you are saying their pain is in their head, when that’s not what you mean. It’s in their nervous system. It’s physiologically very hard to explain.

Dealing with pain is very humbling as a physician. We’re really talking about improvement, not fixing. And that’s really very hard for people to accept. We have all of this cool medicine, all these advances, and we can’t fix pain. It’s frustrating.

We know anxiety and depression amplify pain. It’s well-known. I work with a pain psychologist, and I’ll talk about mind-body medicine. When I say that, a patient often hears that I’m dismissing their pain. What I’m doing is actually taking it very seriously … People come in and they want scalpels, right? They want a grand thing because when you have pain, it’s huge, it’s all-consuming. And you come in and you hear, “Wait, what? Physical therapy? And managing my anxiety? How can you fix my huge problem with these seemingly little things?” So, when you have a huge problem, you think that you need a huge solution, like surgery, like an MRI, because those are big.

We doctors have had a strictly biomedical model for disease for a long time. It’s a pretty recent development that we consider sex, relationships, stress, and even sexism within our purview. Do you feel like your patients are eager for you to address those things?

I think that women appreciate knowing the forces that led us here … I want people to understand that the patriarchy has been everywhere. Medicine is part of everything. So of course medicine has patriarchy … I personally don’t think that medicine is worse than anything else, but I do think that because medicine cares for people we have the biggest duty to respond to it fast.

I think that a lot of women are really hungry for a woman physician to stand up and say, “Wait a minute. Wait, wait, wait. I know about women’s bodies. That’s not going to fly, because I know the physiology.”

What is the most absurd vaginal product that you’ve come across in your research?

Mara Gordon is a family physician in Camden, NJ and a contributor to NPR. You can follow her on Twitter: @MaraGordonMD.