Meek Mill addresses supporters outside of a Philadelphia courthouse on Aug. 27 following a hearing in which the 12-year-old criminal case against him was finally resolved. 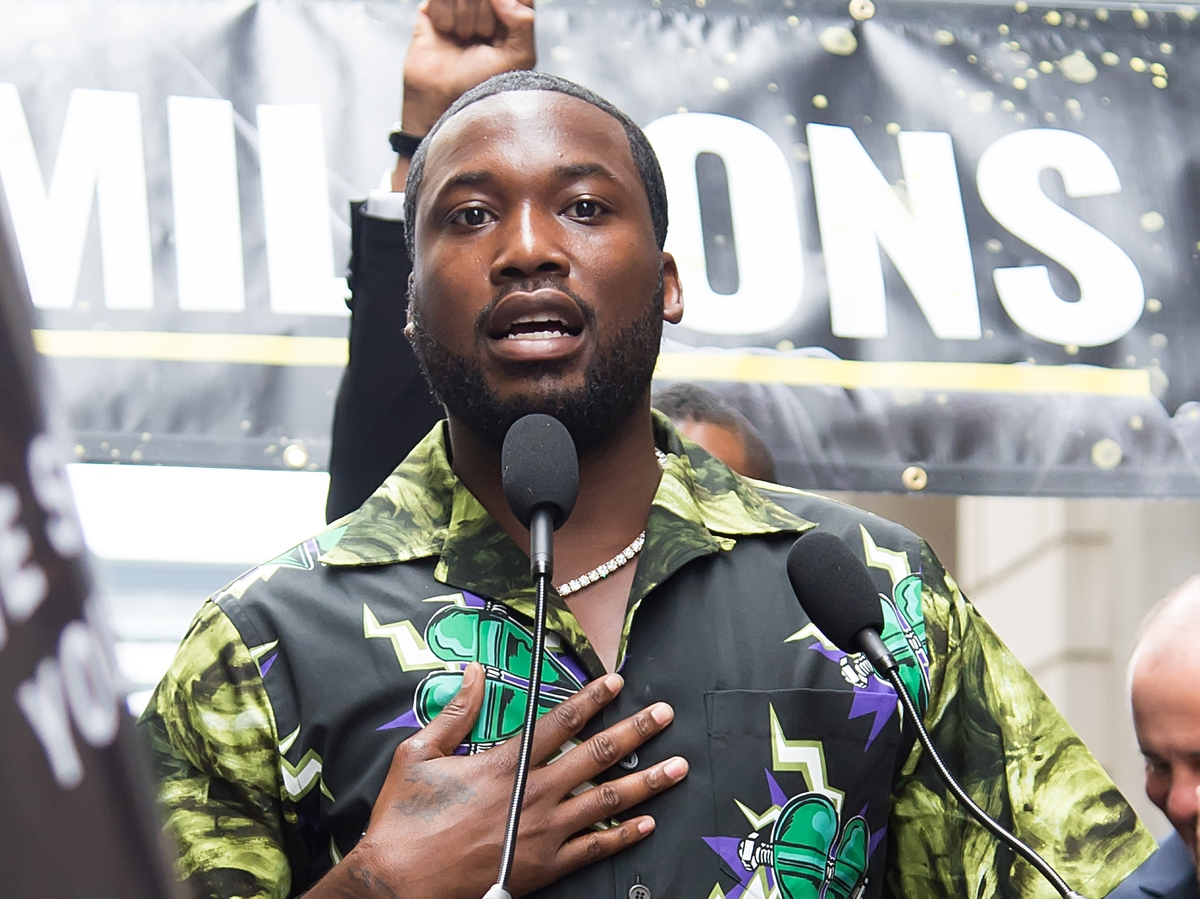 Meek Mill addresses supporters outside of a Philadelphia courthouse on Aug. 27 following a hearing in which the 12-year-old criminal case against him was finally resolved.

Twelve years after Meek Mill was arrested as a 19-year-old in North Philadelphia on gun and drug charges, his criminal case has officially ended. On Tuesday, Meek pleaded guilty to a misdemeanor firearm charge in Philadelphia. Prosecutors then dismissed all remaining counts against him and the judge imposed no further penalty.

The drug and gun case against Meek, whose legal name is Robert Rihmeek Williams, has been active since his 2007 arrest, keeping the hip-hop artist on probation for nearly his entire adult life.

“Meek free! I’m not on probation no more,” Meek said to a cheering crowd outside of the courthouse in Philadelphia’s Center City. “I just wanted to come up here and thank all the supporters, because I know y’all probably have family members in jail or people going through the same thing as me. I will continue to do what I do with the reform movement and help the people that help me.”

For years, Meek, now 32, clashed with a Philadelphia trial judge Genece Brinkley, who oversaw his case and accused the rapper of not following the rules of his probation, prompting Brinkley to repeatedly scold Mill. In Nov. 2017, Brinkley sentenced Meek to two-to-four years in state prison over probation violations involving riding a dirt bike in New York and his involvement in an alleged scuffle in the St. Louis airport. This decision turned Meek’s case into a lightning rod for criminal justice reform.

While behind bars, celebrity backers of Meek, including Jay-Z, T.I. and Kevin Hart, wrote high-profile op-eds, addressed supporters at rallies and voiced support on social media to highlight what they see as an unjust sentence emblematic of systemic inequities in America’s prison system. Meek, who grew up in Strawberry Mansion, North Philadelphia, also had the support of many Philadelphians throughout his legal saga. During his dozens of court hearings, neighborhood friends and fans would pack the courtroom in support of his release.

Throughout this legal battle, Meek has stayed consistent with his musical output, dropping his most recent studio album, Championships, in Nov. 2018, which debuted No. 1 on the U.S. Billboard 200.

After serving five months of his sentence, a Pennsylvania appeals court released Meek from prison and granted him bail in April 2018. The appeals court later removed Brinkley from the case and granted the rapper a re-trial due, in large part, to the fact that the only witness who testified against Meek in his original case was a police officer who was later found of lying and theft.

Just before his conviction was tossed by the appeals court in July, Meek and Jay-Z were announced as co-chairs of the criminal justice reform organization REFORM Alliance that, to date, has claimed to have raised $50 million dedicated to “changing the laws, policies and practices that perpetuate injustice,” starting with probation and parole.

Philadelphia District Attorney Larry Krasner released a statement on the news of Meek’s case being dropped today, saying that the rapper “was unfairly treated in a case that exemplifies the destruction caused by excessive supervision, instances of corruption, and unfair processes in our criminal courts.”

Krasner went on to say that Meek has “demonstrated significant rehabilitation; he has evolved and grown” since his initial arrest more than a decade ago.

Meek took to Twitter to underscore his commitment to working as a criminal justice reformer. “I’m extremely grateful that my long legal battle is finally behind me and I appreciate that it has sparked a much-needed discussion about probation reform and the inequalities that exist within our two Americas,” he posted.