Sylvia Hatchell, who has led the Tar Heels since 1986, did not address the allegations against her or the findings of the independent report. 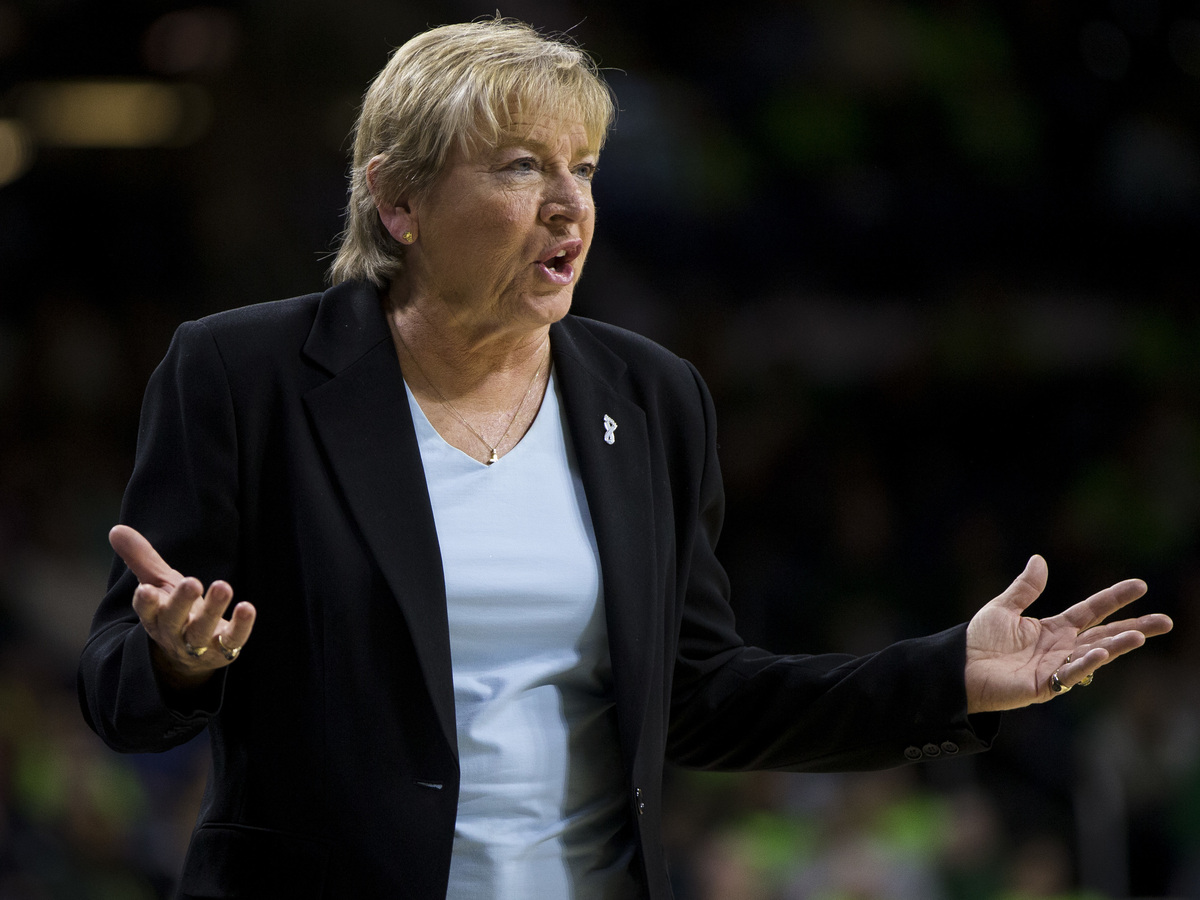 Sylvia Hatchell, who has led the Tar Heels since 1986, did not address the allegations against her or the findings of the independent report.

After more than three decades, University of North Carolina women’s basketball coach Sylvia Hatchell has resigned from leading the celebrated program. Her resignation followed an external review that found she made “racially insensitive” remarks, exercised “undue influence” on athletes to play while injured and lacked a connection with her players.

The university announced the move Thursday night, citing the conclusions of an 18-day investigation that was initiated after players and parents raised concerns about the women’s experiences and overall culture of the program.

“The University commissioned a review of our women’s basketball program, which found issues that led us to conclude that the program needed to be taken in a new direction. It is in the best interests of our University and student-athletes for us to do so,” UNC Director of Athletics Bubba Cunningham said.

“Coach Hatchell agrees, and she offered her resignation today. I accepted it. We appreciate her 33 years of service to Carolina and to the community, and we wish her the best. Our focus now is on conducting a search for a new head coach who will build on our great Carolina traditions and promote a culture of excellence.”

The review, which included interviews with 28 current players and personnel, determined that the 67-year-old “is not viewed as a racist, but her comments and subsequent response caused many in the program to believe she lacked awareness and appreciation for the effect her remarks had on those who heard them.”

And, when confronted by players and staff about comments that were racially insensitive, Hatchell “did not respond in a timely or appropriate manner,” the investigation found.

According to a report by The Washington Post, Hatchell was accused of making alarming references to lynching, telling players they could be “hanged from trees with nooses” if they performed poorly at an upcoming game.

The story was also the first to publicize allegations that Hatchell and the team’s physician tried to downplay serious injuries in order to pressure players into continuing to compete. As a result, one player said, she was forced to have corrective shoulder surgery. Another said she had played with a torn tendon in her knee.

But the investigation cleared the team’s medical staff of wrongdoing while acknowledging that Hatchell questioned player care and readiness. “The medical staff did not surrender to pressure to clear players before they were medically ready,” according to the report.

Finally, the probe identified a “breakdown of connectivity” between Hatchell and the players.

Hatchell, who had been on paid administrative leave since the launch of the investigation, did not address the allegations against her in a farewell statement included in the university’s announcement.

“The game of basketball has given me so much, but now it is time for me to step away,” she wrote, adding that the team is ready for new leadership after wrapping up a successful season.

Hatchell has led the Tar Heels since 1986. Her team won the NCAA championship in 1994 and she was inducted into the Basketball Hall of Fame in 2013.

Calling it a “bittersweet day,” Hatchell said, “I’ve been fortunate to coach more than 200 young women, and it has been a joy to see them grow into successful teachers, doctors, lawyers, mothers, high school and college basketball coaches, and WNBA players.”

She added that she has been considering retirement since recovering from leukemia in 2014.

Her attorney, Wade Smith, told NPR’s Newscast that she denies the claims.

“There was really nothing else for her to accomplish as a basketball coach,” Smith. “I mean, hooray for her. She won a national championship. She’s in the Naismith Hall of Fame. She’s a thousand-game winner. She went to the NCAA tournament Elite Eight a number of times. What more was there for her to do?”

Hatchell is among the most revered figures in women’s basketball. She became the third women’s coach in Division I with 1,000 career victories in 2017 and last month’s NCAA Tournament marked her 23rd appearance in the competition.