Irish journalist Lyra McKee who was shot and killed during clashes between militant republicans and police in Londonderry, Northern Ireland. 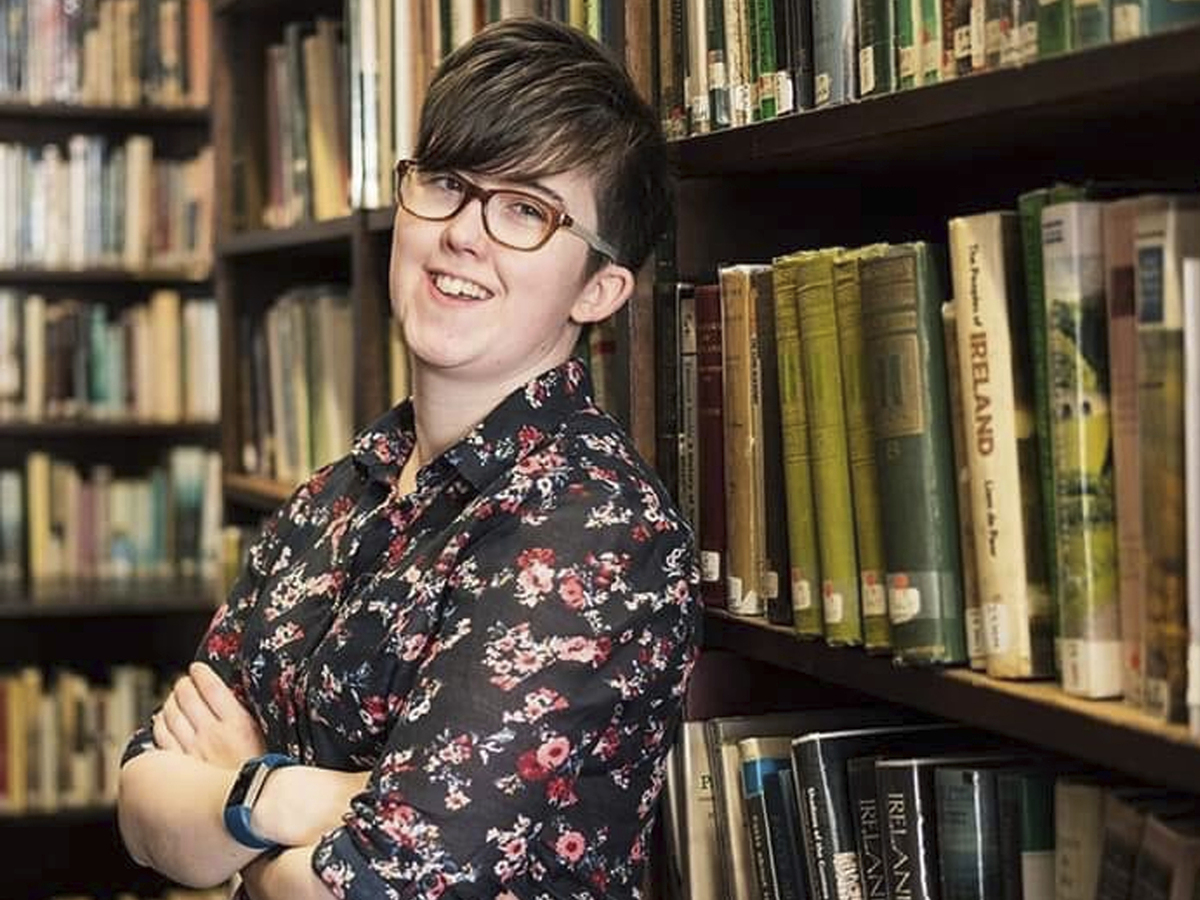 Irish journalist Lyra McKee who was shot and killed during clashes between militant republicans and police in Londonderry, Northern Ireland.

Police authorities in Northern Ireland are searching for several suspects in the shooting death of a young journalist during a riot Thursday night in the city of Londonderry.

Lyra McKee, 29, was killed, apparently by a stray bullet, as she was standing near a police vehicle during unrest in Londonderry’s Creggan neighborhood.

“We are treating this as a terrorist incident and we have launched a murder enquiry,” said Assistant Chief Constable Mark Hamilton told reporters.

Hamilton said police believe the New Irish Republican Army, a militant republican group, was responsible for McKee’s death and the violent events. The violence broke out in the predominantly Catholic section of Londonderry, also known as Derry, as police were conducting searches for munitions and firearms they suspected were to be used over the Easter weekend.

“The New IRA is a small group who reject the 1998 Good Friday agreement that marked the Irish Republican Army’s embrace of a political solution to the long-running violence known as ‘The Troubles’ that claimed more than 3,700 lives,” according to the Associated Press.

“Saoradh is a self-described revolutionary party devoted to uniting the Northern Ireland with the Republic of Ireland.

“The group says a volunteer accidentally shot journalist Lyra McKee, while she was standing behind British police in the city of Londonderry.

“Police were searching houses in the neighborhood for weapons and explosives. Residents responded with Molotov cocktails.

“The Irish Republican group called McKee’s death heart-breaking, but insisted the gunman was defending the community when he opened fire.

” ‘The blame for last night lies squarely at the feet of the British Crown Forces,’ the party said in a statement.”

There’s at least one report that the New IRA and Saoradh are facing a backlash as residents of Northern Ireland across the spectrum condemned the journalist’s slaying.

“Heartbreaking news. A senseless act. A family has been torn apart. Those who brought guns onto our streets in the 70s, 80s 90s were wrong. It is equally wrong in 2019. No one wants to go back,” said the leader of the pro-British Democratic Union Party, Arlene Foster, in a tweet.

McKee was a rising journalism star at home and abroad.

“McKee was named Sky News’s young journalist of the year in 2006, and Forbes magazine identified her as one of their 30 under 30 in media in Europe in 2016,” reported the Washington Post. “She served as an editor for California-based news site Mediagazer, a trade publication covering the media industry, according to her publisher. Her work appeared in the Atlantic, Mosaic Science and BuzzFeed News.”

In Northern Ireland, McKee is perhaps best known for a blog post “Letter to My 14-Year-Old Self,” about her fear and anxiety associated with growing up gay and the subsequent acceptance she received from her family when she came out to them. The post was later made into a short film.

“As a writer Lyra was drawn to subjects usually met with silence,” said her editor at Faber Faber, Laura Hassan.

Another volume, The Lost Boys, an investigation of children and young men who vanished during the Troubles, is due to be published next year.

“She should have been the future,” the Guardian wrote in an editorial. “That a young life has been cut short should remind politicians on all sides that the [Good Friday] agreement cannot be taken for granted.”