Environmental Protection Agency Administrator Andrew Wheeler and President Trump attend an event about the environment at the White House in July. 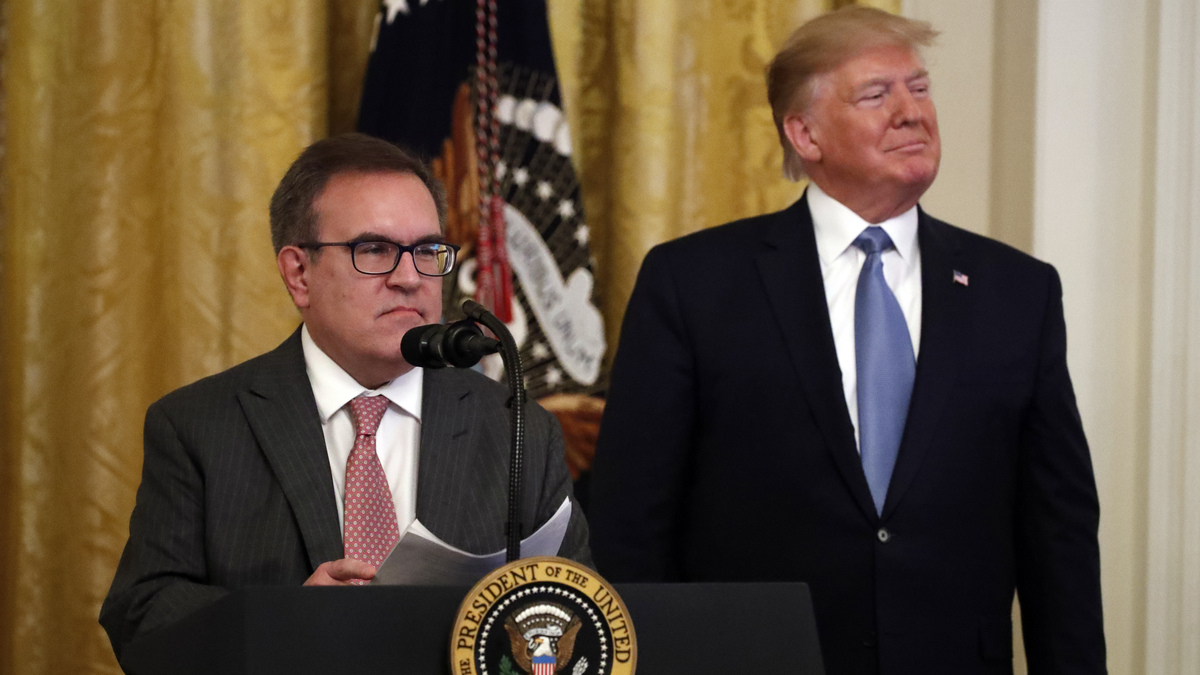 Environmental Protection Agency Administrator Andrew Wheeler and President Trump attend an event about the environment at the White House in July.

The Trump administration is following up on President Trump’s threat to go after California for pollution that he blames on the state’s large homeless population. Environmental Protection Agency Administrator Andrew Wheeler sent a letter to Gov. Gavin Newsom Thursday expressing concern that he is failing to enforce the Clean Water Act.

Trump said after a visit to California last week that San Francisco is violating pollution laws by allowing needles and other waste from homeless encampments to drain into the ocean.

“I’m sick of this president taking swipes at our city for no reason other than politics,” Breed said. “As I’ve said before, there are no needles washing out to the Bay or ocean from our sewer system, and there is no relationship between homelessness and water quality in San Francisco.”

The EPA letter expands Trump’s complaints, saying that the state is not acting with enough urgency to address environmental problems related to homelessness.

“California is responsible for implementing appropriate municipal storm water management and waste treatment requirements as part of its assumed federal program,” Wheeler wrote. “The state is failing to properly implement these programs.”

Wheeler asked Newsom to respond in 30 days about what the state plans to do about it.

A spokesman for the governor also responded to the letter.

“The president is abusing the powers of the presidency and weaponizing government to attack his political opponents. This is not about clean air, clean water or helping our state with homelessness,” said Nathan Click, spokesman for Newsom. “This is political retribution against California, plain and simple.”

The Trump administration and California are in an escalating fight over a range of issues, including homelessness, the environment and immigration.

During a fundraising trip to California last week, the president portrayed the homeless as harmful to the state: “If these Democrat liberal politicians don’t straighten it out, the federal government will have to come in. We’re not going to lose cities like Los Angeles, San Francisco and others that are great cities. We’re not going to allow that to happen to our cities.”

Trump also said homeless people scare away foreigners who want to live in those cities.

Trump’s statements have provoked the ire of homeless advocates in California. David Lewis, the executive director of environmental group Save The Bay, said Trump’s sudden interest in the homeless crisis is purely political.

“The way to reduce the impacts from homeless encampments is to reduce homelessness,” said Lewis.

Earlier this week, Wheeler sent a letter to the California Air Resources Board, accusing the state of having the worst air quality in the United States. He threatened to withdraw billions of dollars in federal highway money if the situation does not improve.