Former Rep. Darrell Issa announced Thursday he will attempt a return to Congress to replace fellow Republican Rep. Duncan Hunter, who is running for reelection while under indictment on corruption charges. 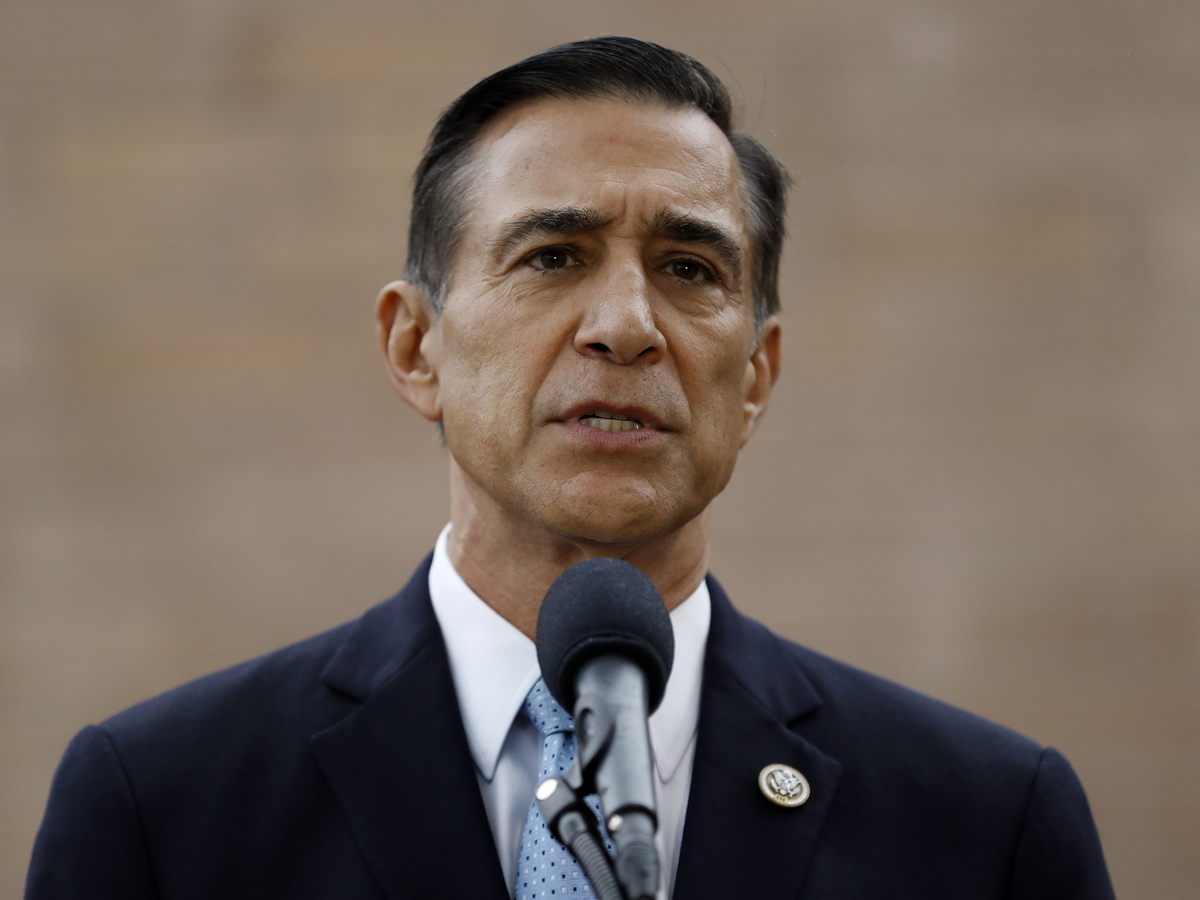 Former Rep. Darrell Issa announced Thursday he will attempt a return to Congress to replace fellow Republican Rep. Duncan Hunter, who is running for reelection while under indictment on corruption charges.

Former Rep. Darrell Issa, a once-powerful chairman of the House Oversight and Government Reform Committee who retired last year, says he wants to return to Washington.

And he’s seeking to unseat a fellow Republican to do so.

“I will be the next congressman from the 50th Congressional district,” Issa proclaimed at a news conference Thursday in El Cajon, Calif.

The California Republican had previously represented the neighboring 49th district before he decided against seeking reelection in 2018.

Things have certainly changed since then.

California’s 50th congressional district is currently represented by Rep. Duncan Hunter, a fellow Republican who Issa called a “friend and a colleague.”

Hunter and his wife Margaret are currently facing federal corruption charges, including using a quarter-million dollars in campaign funds for personal use. Hunter, who has served in Congress for a decade, is still seeking reelection. His trial is slated to start in January 2020.

For his part, Issa had been tapped by President Trump to head of the U.S. Trade and Development Agency, but his nomination stalled for more than a year.

Four other candidates who had been vying for the GOP nomination dropped out and endorsed Issa, appearing with him at his announcement.

At his press conference, Issa was asked about Hunter’s legal woes, which he referred to as “regrettable.” He added the residents of that conservative enclave should have a chance to keep it in Republican hands.

“He deserves his day in court,” Issa said, “But the 50th congressional district does deserve the ability to maintain this as a conservative district and quite frankly to have a member who can show up and take all of his committee assignments.”

Issa also said he has a track record of getting things done.

“When I return I will continue to do exactly the kinds of things I did that made me friends and enemies,” Issa said. “I intend to continue to work across the aisle to get things done, when we can agree.”

One area he cannot agree with has to do with House Democrats launching a formal impeachment inquiry on Trump.

“I think this attempt to find a reason to impeach the president is unheard of and uncalled for,” Issa said. “This activity is wrong and I will stand up to it when I return.”

Issa narrowly won his last race in 2016, defeating his Democratic challenger by roughly 1,600 votes. He decided to retire rather than run again in 2018.

As chairman of the House Oversight and Reform committee, Issa played a prominent role in GOP-led investigations of Obama administration controversies.

Those include the 2012 terrorist attack where four Americans including a U.S. ambassador were killed at a diplomatic compound and a CIA annex in Benghazi, Libya, along with the IRS targeting of conservative groups and the “Fast and Furious” gun-trafficking scandal.