Los Angeles artist Erik Brunetti, the founder of the streetwear clothing company “FUCT,” leaves the Supreme Court after his trademark case was argued on April 15. 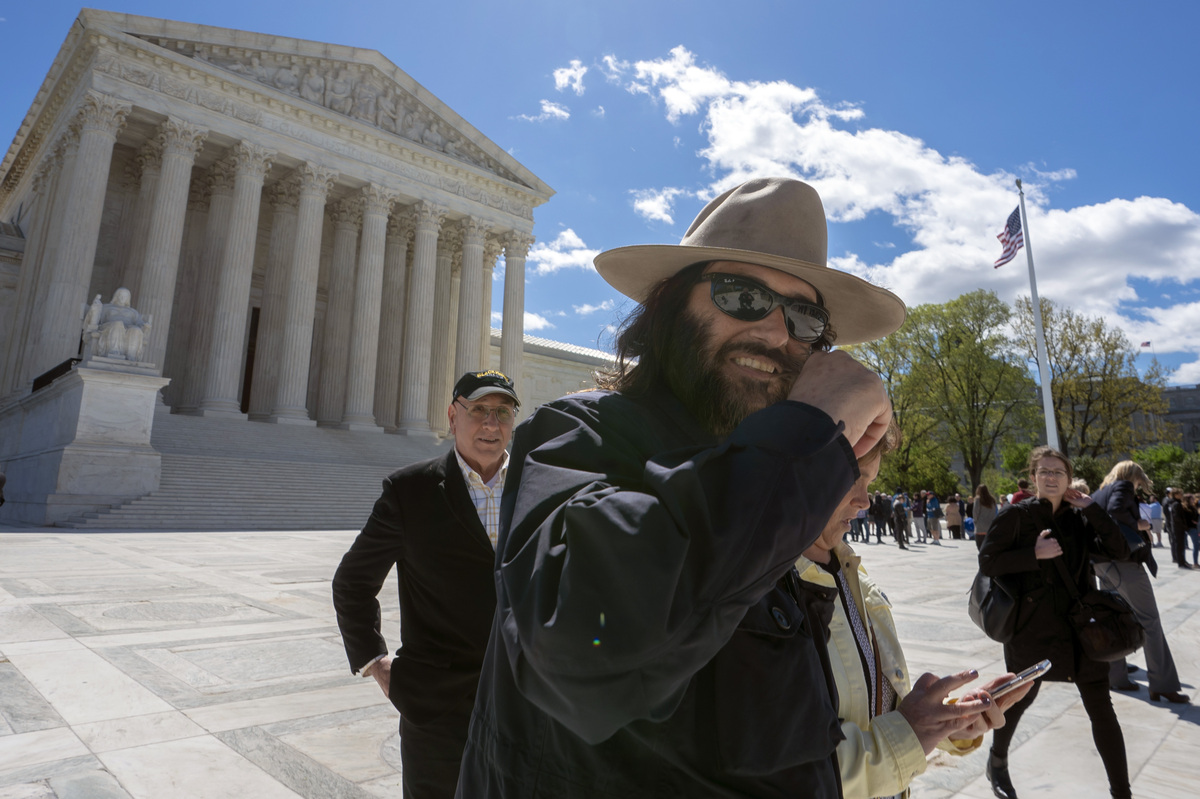 Los Angeles artist Erik Brunetti, the founder of the streetwear clothing company “FUCT,” leaves the Supreme Court after his trademark case was argued on April 15.

In a win for advocates of free speech, the Supreme Court struck down a ban on trademarking words and symbols that are “immoral” or “scandalous.”

The case was brought by clothing designer Erik Brunetti, who sought to trademark the phrase “F-U-C-T.” The decision paves the way for him to get his brand trademarked.

The court, like others, struggled with how to deal with the word, in particular, its pronunciation. Here’s how Justice Kagan described it in her majority opinion: The clothing brand “is pronounced as four letters, one after the other: F-U-C-T. … But you might read it differently and, if so, you would hardly be alone. … (describing the brand name as ‘the equivalent of [the] past participle form of a well-known word of profanity’).”

Justice Alito, in a concurring opinion noted, however: “Our decision is not based on moral relativism but on the recognition that a law banning speech deemed by government officials to be ‘immoral’ or ‘scandalous’ can easily be exploited for illegitimate ends. Our decision does not prevent Congress from adopting a more carefully focused statute that precludes the registration of marks containing vulgar terms that play no real part in the expression of ideas.”

The justices struggled with what line to draw on which words they would find to be the most vulgar and profane.