Caesars Palace and other famous casinos will now be owned by Eldorado Resorts, in a deal the two companies announced on Monday. Here, Caesars Palace is seen hosting a food tasting event in Las Vegas last month. 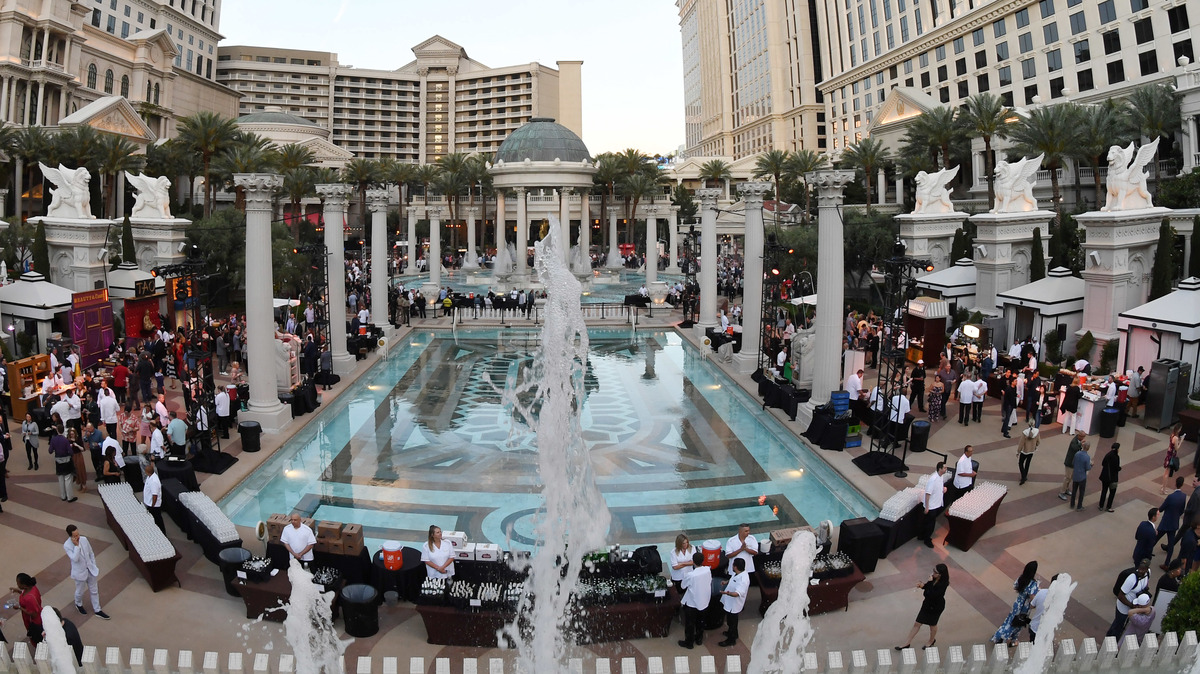 Caesars Palace and other famous casinos will now be owned by Eldorado Resorts, in a deal the two companies announced on Monday. Here, Caesars Palace is seen hosting a food tasting event in Las Vegas last month.

Eldorado Resorts is buying Caesars Entertainment for $17.3 billion, in a cash-and-stock deal that the companies say will create the largest gambling company in the U.S.

To acquire the venerable Caesars name and properties, Eldorado will part with $7.2 billion in cash and around 77 million in stock shares. It will also take on Caesars’ outstanding debt. Its shareholders will wind up with 51 percent of the combined company.

The new casino giant will use the Caesars name. But all of its top leadership will come from Eldorado, from Chairman Gary Carano and CEO Tom Reeg to other top spots.

Eldorado operates 26 gambling properties in the U.S., extending from Nevada eastward to states such as Colorado, Missouri, Louisiana and New Jersey. It will now also take control of a portfolio that includes Caesars Palace, Harrah’s, and Bally’s, giving it a total of some 60 properties in 16 states.

“Together, we will have an extremely powerful suite of iconic gaming and entertainment brands,” Reeg said of the deal, “as well as valuable strategic alliances with industry leaders in sports betting and online gaming.”

The merger comes after “a lengthy courtship and months of speculation” about the merger, reports industry news site Casino.org. For months, Caesars shareholder Carl Icahn has been urging the casino company to work out a purchase. The merger comes just two months after Caesars installed a new CEO — Anthony Rodio — whom Icahn backed, as Reuters reported.

With an agreement finally reached, Caesars Entertainment Corporation abruptly announced on Monday that it will “adjourn, without conducting any business, its 2019 Annual Meeting of Shareholders” — a meeting that had been slated to begin Monday morning in Las Vegas. It rescheduled the session for July 2, to give shareholders time to learn about the deal.

For Caesars stockholders, Reno-based Eldorado is pricing their shares at $12.75 each. On Friday, the stock had closed at just under $10. Of that amount, Eldorado will pay $8.40 per share in cash; the rest of the payment will be in the form of stock in Eldorado.

The merger is subject to the approval of the two gaming companies’ shareholders, as well as gaming and trade regulators. It’s expected to become final in the first half of 2020.

The merger also includes a $3.2 billion side deal with VICI Properties. As part of that arrangement, Eldorado said in a news release, the VICI real estate company will acquire property “associated with Harrah’s Resort Atlantic City, Harrah’s Laughlin Hotel Casino, and Harrah’s New Orleans Hotel Casino” for about $1.8 billion.

VICI will then collect rent on those properties, with the first year slated to bring in some $154 million.