A view of Mobile, Alabama’s Ladd-Peebles Stadium, where nine people were shot at a high school football game Friday night. 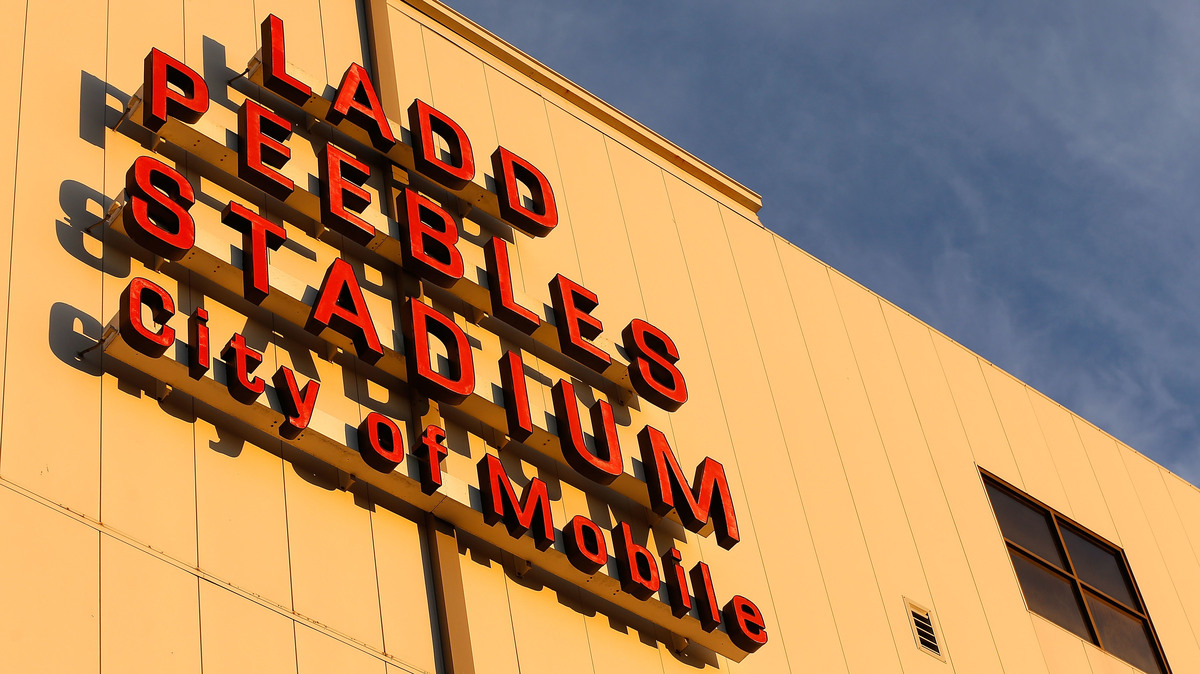 A view of Mobile, Alabama’s Ladd-Peebles Stadium, where nine people were shot at a high school football game Friday night.

Police in Mobile, Ala. have arrested a 17-year-old in connection with a shooting incident that injured 10 teenagers at a high school football game Friday evening. The suspect has been charged with nine counts of attempted murder.

According to a statement from the Mobile Police Department, the shooting occurred at approximately 9:25 p.m. on Friday night at the Ladd-Peebles Stadium in Mobile. Nine people were shot, and according to the Associated Press, one additional person had a seizure shortly after the shooting. The department said none of the injuries were considered life-threatening.

In a press conference on Saturday, police chief Lawrence Battiste said of the nine victims who had been hospitalized, six had been released and three remained in local hospitals.

The police department said the arrested suspect, Deangelo Parnell, turned himself in on Saturday morning. On Friday night, Battiste said two people had been detained for questioning and it was not known whether they were involved in the shooting.

Battiste added on Saturday that his department’s investigation was still in early stages. He said it was not known, for example, how the shooter may have gotten a gun. Battiste also asked “those family members that had knowledge or have knowledge that may cause people in our community harm” to come forward with information.

The area’s CBS affiliate, WKRG, reported that Parnell is a student at LeFlore High School. LeFlore’s football team was competing against Williamson High School at the Ladd-Peebles Stadium on Friday night.

On Saturday, Mobile’s mayor, Sandy Stimpson, said there was an “intense rivalry” between the two schools, and there were more police officers there “with that in mind.”

“You will see enhanced security as you enter stadiums this coming Friday,” Stimpson said. He added that there would be messaging this week about what spectators would and would not be allowed to bring into stadiums going forward.

When asked whether the city would consider installing metal detectors at stadiums, Stimpson said, “We’re going to consider everything.”

Mobile County Public Schools superintendent, Chresal Threadgill, emphasized that there would be new security protocols, but added that he thought the issue of gun violence was beyond the school system, or even the police department.

“This is a community issue, and if we don’t get together and join hands and fight this type of situation, it’s going to continue to happen,” Threadgill said.

The Gun Violence Archive, a nonprofit that tracks gun-related violence in the United States, says there have been 275 mass shootings in the country so far this year. As Guns America’s Emily Alfin Johnson has reported, the Gun Violence Archive’s definition of a mass shooting includes every incident where four or more people, excluding the shooter, are shot or killed. The organization counted seven such incidents in the past week.