Justice Ruth Bader Ginsburg waves to the crowd at the Library of Congress National Book Festival on Saturday. 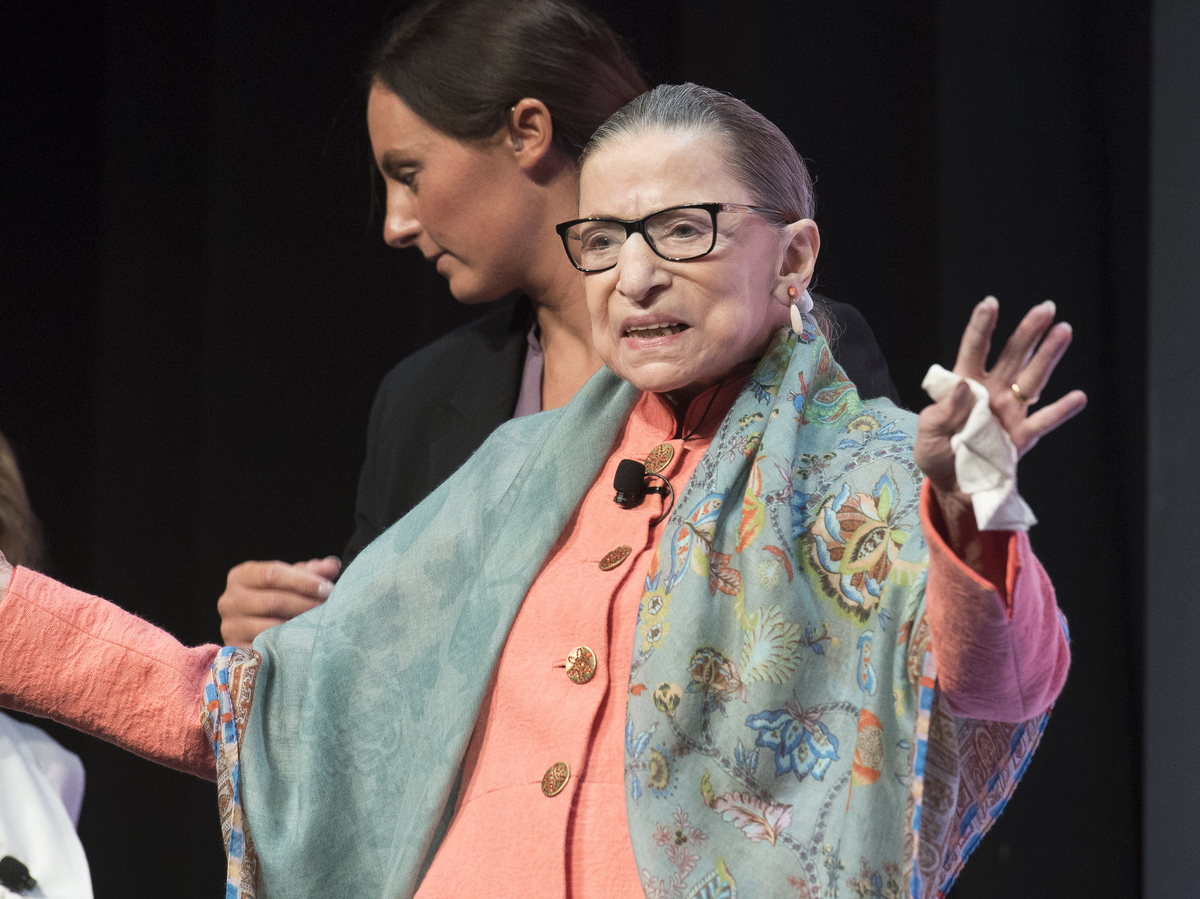 Justice Ruth Bader Ginsburg waves to the crowd at the Library of Congress National Book Festival on Saturday.

Justice Ruth Bader Ginsburg just finished three weeks of radiation treatment for a tumor on her pancreas, but she told a crowd on Saturday that she is “on [her] way to being very well.”

Ginsburg, speaking with NPR’s Nina Totenberg at the Library of Congress National Book Festival in Washington, D.C., said she would be prepared for the start of the Supreme Court’s term in October.

Ginsburg’s latest round of radiation therapy began on Aug. 5, shortly after doctors confirmed the presence of a localized malignant tumor on her pancreas. A stent was also placed in her bile duct as part of the cancer treatment, according to a statement issued by the U.S. Supreme Court.

Doctors at Memorial Sloan Kettering Cancer Center in New York, where the 86-year-old justice was treated this month on an outpatient basis, found no evidence of cancer anywhere else in Ginsburg’s body.

“Justice Ginsburg will continue to have periodic blood tests and scans,” said the court’s statement. “No further treatment is needed at this time.”

Ginsburg has had multiple cancer bouts over the past two decades. Late last year, she had surgery for lung cancer.

Ginsburg’s health remains a constant subject of scrutiny, because if she were to leave the court before the end of President Donald Trump’s term, Republicans would likely move quickly to replace her with a conservative justice and solidify a 6-to-3 conservative majority.

On Saturday, Ginsburg said her work on the Supreme Court has helped her get through cancer.

“Instead of concentrating on my aches and pains, I just know that I have to read this set of briefs, go over the draft opinion,” she said. “And so I have to somehow surmount whatever is going on in my body and concentrate on the Court’s work.”

When asked how she was feeling, Ginsburg quipped, “Well first, this audience can see that I am alive!”

The comment echoed what Ginsburg said to NPR’s Totenberg in an interview earlier this year. Ginsburg mentioned a senator who once announced that he thought she would be dead within six months.

“That senator, whose name I have forgotten, is now himself dead, and I am very much alive,” the justice said.

NPR’s Totenberg recently reported that during the three weeks of August cancer treatment, Ginsburg often went out in the evening to movies, the opera and the theater.