This Friday, Aug. 30, 2019, image provided by NASA shows a view of Hurricane Dorian from the International Space Station as it churned over the Atlantic Ocean. 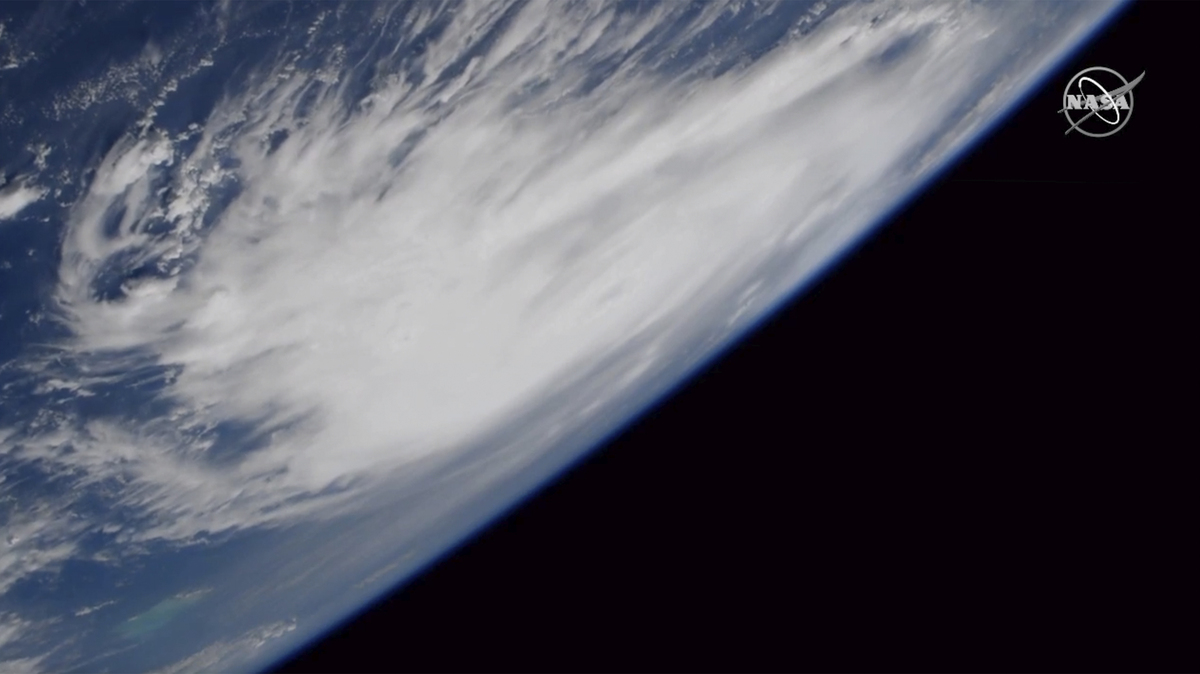 This Friday, Aug. 30, 2019, image provided by NASA shows a view of Hurricane Dorian from the International Space Station as it churned over the Atlantic Ocean.

Hurricane Dorian’s projected path shifted slightly east on Saturday, increasing the likelihood of a landfall in Georgia and the Carolinas. And while Florida may avoid a direct hit, the category 4 hurricane could still bring a dangerous storm surge and hurricane-force winds.

National Hurricane Center Director Ken Graham says the storm is slowing down as it prepares to turn north.

In a post on Facebook, the NHC wrote that the storm continues to track west as it approaches the Bahamas:

“Hurricane Dorian is centered as of 11 a.m. EDT about 415 miles (670 km) east of West Palm Beach, Florida. Dorian is moving toward the west near 8 mph (13 km/h) and a slower westward motion should continue into early next week. On this track, the core of Dorian should move over the Atlantic well north of the southeastern and central Bahamas today, be near or over the northwestern Bahamas on Sunday, and move near the Florida east coast late Monday through Tuesday.”

Dorian is expected to bring between four and eight inches of rain, and in some isolated areas, up to 12 inches of rain to the southeast United States, according to the NHC.

In Florida, Gov. Ron DeSantis expanded a state of emergency to include each of the state’s 67 counties, citing the storm’s “uncertain path.” President Trump has also granted DeSantis’ request for an emergency declaration in Florida, authorizing the Federal Emergency Management Agency to provide equipment and resources to the state.

Slow-moving storms like Dorian are getting more common as the Earth gets hotter. In the past 70 years, tropical cyclones around the world have slowed down 10 percent, according to a study published earlier this year. Hurricanes Florence, in 2018, and Harvey, in 2017, were both slow-moving storms.

When storms move slowly, they have time to drop a lot of rain. Warm ocean water also exacerbates the risk of extreme downpours. After Hurricane Harvey hit Texas, researchers found that record-high temperatures in the Gulf of Mexico sent enormous quantities of water vapor into the storm, which then fell as rain when it made landfall.

This year the surface temperature of the water in the Atlantic, where Dorian formed, isn’t record-breaking, but the water is still warmer than the past average. That means there’s plenty of fuel for the storm to get large and wet.