With 185 Mph Winds, Hurricane Dorian Bears Down On The Bahamas As A Category 5 Storm

Hurricane Dorian, now a Category 5 storm, tracks toward the Florida coast on Sept. 1. 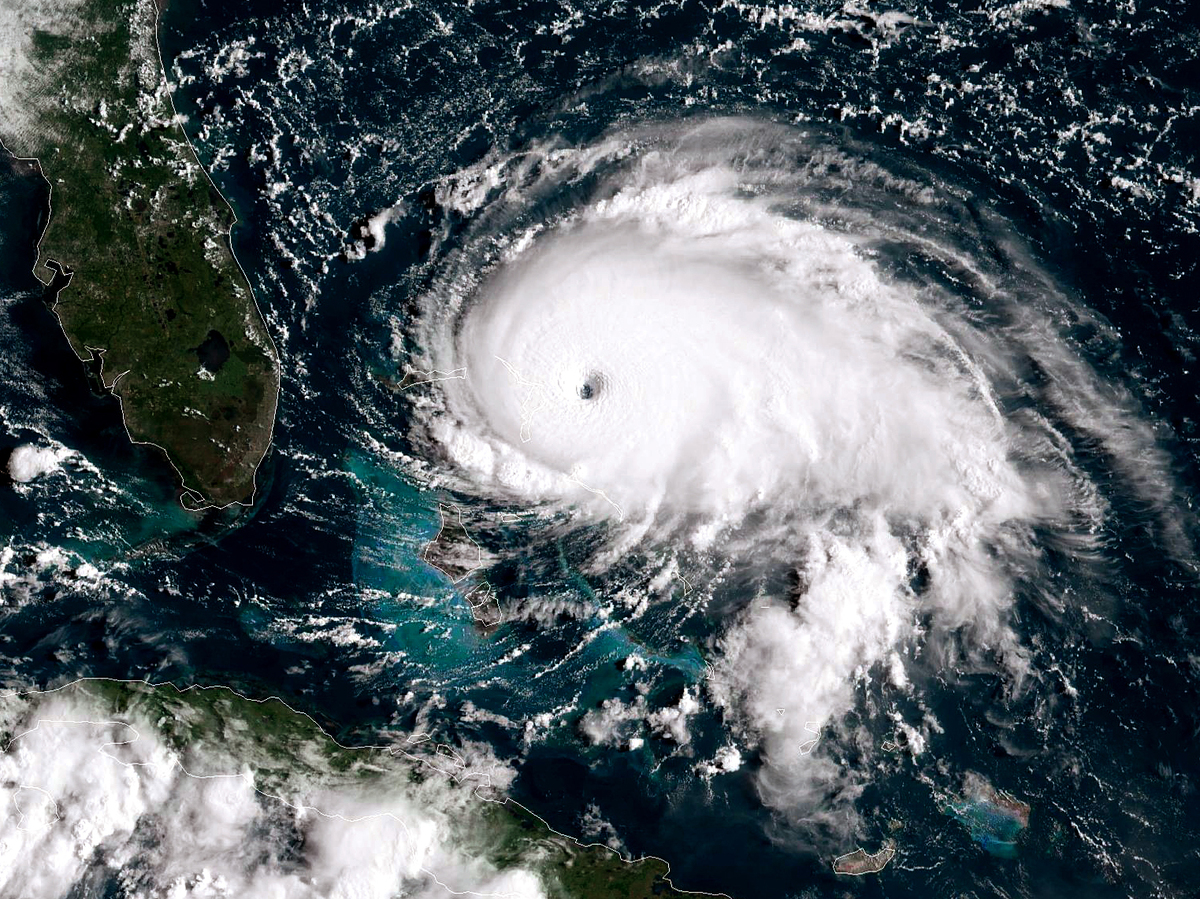 Hurricane Dorian, now a Category 5 storm, tracks toward the Florida coast on Sept. 1.

Hurricane Dorian strengthened into a catastrophic Category 5 storm on Sunday, reaching the Bahamas as “the strongest hurricane in modern records” to ever hit the archipelago, according to the National Hurricane Center.

With sustained winds of 185 mph, the slow-moving storm is expected to bring a prolonged period of “catastrophic winds” and storm surge to the Abaco Islands.

The NHC said efforts to “protect life and property on Grand Bahama Island should be rushed to completion.” It warned that the Bahamas’ islands could experience up to 30 inches of rain, leading to “life-threatening flash floods in northern portions of the Bahamas.”

The storm’s projected path shifted west on Saturday, increasing the likelihood that it will bring strong winds and a dangerous storm surge along the coasts of Georgia, North Carolina and South Carolina. And while Florida may now avoid a direct hit, the NHC said a life-threatening storm surge and dangerous hurricane-force winds are possible along portions of Florida’s east coast through midweek.

On Sunday morning, Ken Graham, director of the NHC, described how the storm is strengthening.

“This cone includes the coast line of Florida, and if you keep going, the coastline and portions of Georgia, South Carolina and North Carolina as well. That means if you look historically, the center could be anywhere in that cone. … We keep nudging a little bit to the left with each advisory. That also includes the center that could make landfall and move up the coast.”

Graham said parts of the Florida coast could experience 4 to 7 feet of storm surge and cautioned that there will be waves on top of the storm surge. He said that historically, 50% of fatalities during tropical storms are from storm surges. He says Florida will continue to feel the effects of the storm into Tuesday morning.

Anthony said he is worried that Dorian will make landfall in Florida after hitting the Bahamas.

“That thing don’t look like it’s going up,” he said. “It looks like it’s coming down right straight for us, and now it’s all over the Bahamas, and that’s too close.”

While models show the storm won’t make a direct hit on Florida, Anthony and his wife are evacuating nonetheless. Many of their neighbors plan to stay. There are seven shelters open in Palm Beach County.

“Today the models have been pushing back a little bit farther to the west. So currently the models and the official forecast track are saying that it will stay just off shore, but because of the massive size of the storm and the intensification, we already have hurricane watches in effect for the east coast of Florida, and we are expecting to see those detrimental effects in the east coast of Florida all the way up into the Carolinas,” O’Quinn said.

She said the storm will slow down dramatically over the next 12 to 24 hours, and that coastal and inland areas in the Carolinas could experience up to 15 inches of rain by the end of this week.

Meteorologist Ryan Maue tweeted, “The outer banks of North Carolina would be threatened by a direct landfall by Friday … landfall isn’t necessary for considerable damage.

Looking forward on this trajectory, the outer banks of North Carolina would be threatened by a direct landfall by Friday.
(ECMWF 12z).

But as we saw with Matthew, especially along the North Florida coast around Jax, landfall isn’t necessary for considerable damage. pic.twitter.com/r9lrQYE6Dm