In this courtroom sketch, Maria Butina, left, is shown next to her attorney Robert Driscoll, before U.S. District Judge Tanya Chutkan, during a hearing in December. 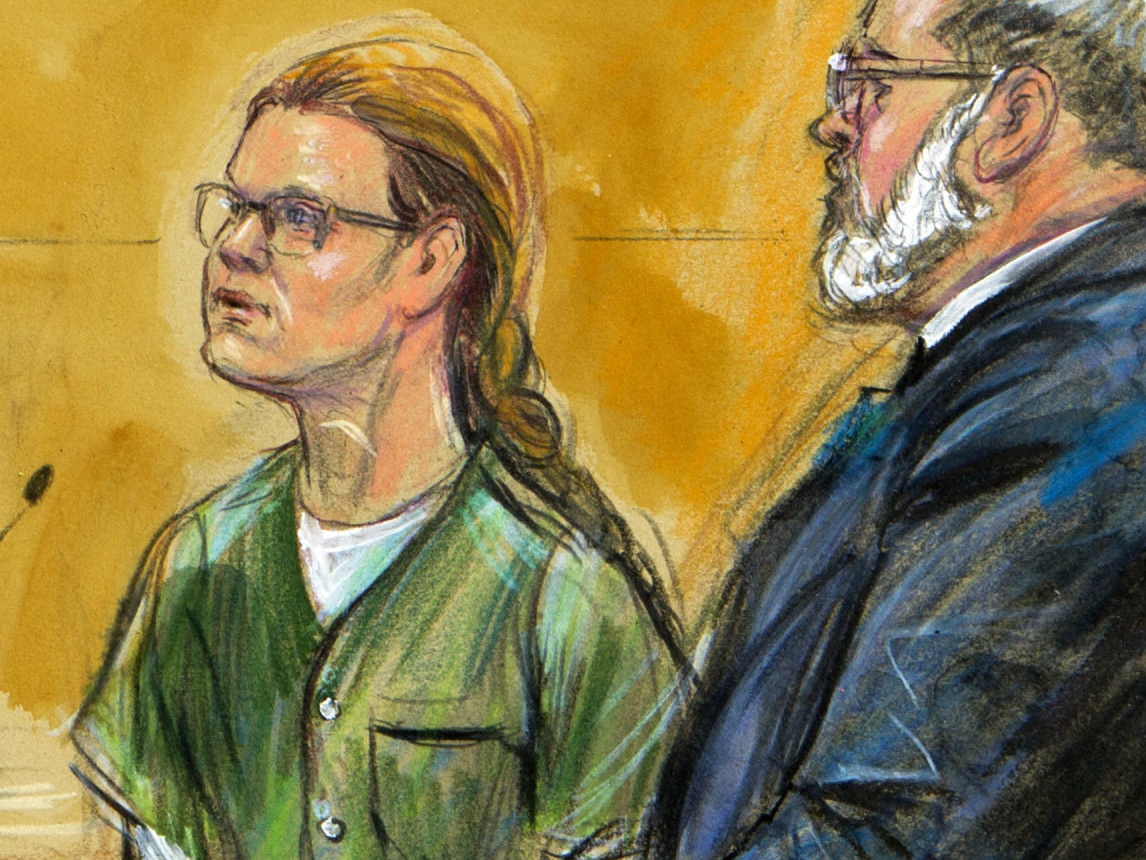 In this courtroom sketch, Maria Butina, left, is shown next to her attorney Robert Driscoll, before U.S. District Judge Tanya Chutkan, during a hearing in December.

A Russian woman who plotted to infiltrate conservative political circles and open back-channel lines of communication as part of an unofficial influence campaign is to be sentenced in federal court on Friday.

Maria Butina pleaded guilty in December to one count of conspiracy to act as a Russian agent in the U.S. without registering with the Justice Department. She faces up to five years in prison, although the final decision on sentencing rests with U.S. District Court Judge Tanya S. Chutkan.

Butina’s case has been handled separately from special counsel Robert Mueller’s Russia investigation. But like Mueller’s probe, it has exposed the various ways Moscow tries to influence American politics and policy.

Butina was arrested by the FBI in July and has been in federal custody since. She is currently being held in solitary confinement in an Alexandria, Va., detention center outside Washington, D.C.

Prosecutors later backed away from that allegation.

But even before those claims, Butina attracted public scrutiny through the use of her professed interest in gun rights and American politics to establish relationships with senior members of the National Rifle Association and the Republican Party.

Her boyfriend, longtime GOP fundraiser and NRA supporter Paul Erickson, played a prominent role in Butina’s outreach to Republicans, including the Trump campaign.

Erickson, who is more than 20 years Butina’s senior, is facing federal investment fraud charges in a separate case.

According to Butina’s plea deal, she conspired with a Russian government official, Alexander Torshin, to collect information and open unofficial lines of communication with influential and powerful Americans, and to use those connections to Russia’s advantage.

Here’s what the government wrote in its sentencing memo.

Butina was not a spy in the traditional sense of trying to gain access to classified information to send back to her home country. Acquiring information valuable to a foreign power does not necessarily involve collecting classified documents or engaging in cloak-and-dagger activities. Something as basic as the identification of people who have the ability to influence policy in a foreign power’s favor is extremely attractive to those powers. This identification could form the basis of other forms of intelligence operations, or targeting, in the future.

Counterintelligence officials call it “spotting and assessing.” It’s also what a group of so-called “illegals” rolled up in 2010 was trying to do, working for Russia’s foreign intelligence service, the SVR.

The bottom line in Butina’s case is that she was acting on behalf of Russia’s government and had the potential to damage U.S. national security, officials say.

Prosecutors recommended that Butina be given credit for the “substantial assistance” she has provided to investigators as part of her plea deal. But they still asked that she be sentenced to 18 months behind bars because her “actions here were harmful to U.S. national security interests.”

Butina’s lawyers, in contrast, presented her in a different light.

They described her activities as “friendship citizen diplomacy” driven by good intentions. They acknowledged that she failed to notify the attorney general of her efforts, and say “she recognizes that her good ends were sought using unlawful means.”

All told, though, they said: “her motivations weren’t nefarious. Maria was genuinely interested in improving relations between the two countries, and she had no ill intent.”

The lawyers said Butina has acknowledged her guilt, and “has felt the depths of shame, humiliation, and remorse for her actions.” She has already spent some nine months in federal custody, pleaded guilty, and “done everything she could to atone for her mistakes through cooperation and assistance.”

Butina’s lawyers said she was ready to return to her family and asked Chutkan to impose a sentence of time served. If the judge agrees, that may mean Butina could be released in short order and deported.