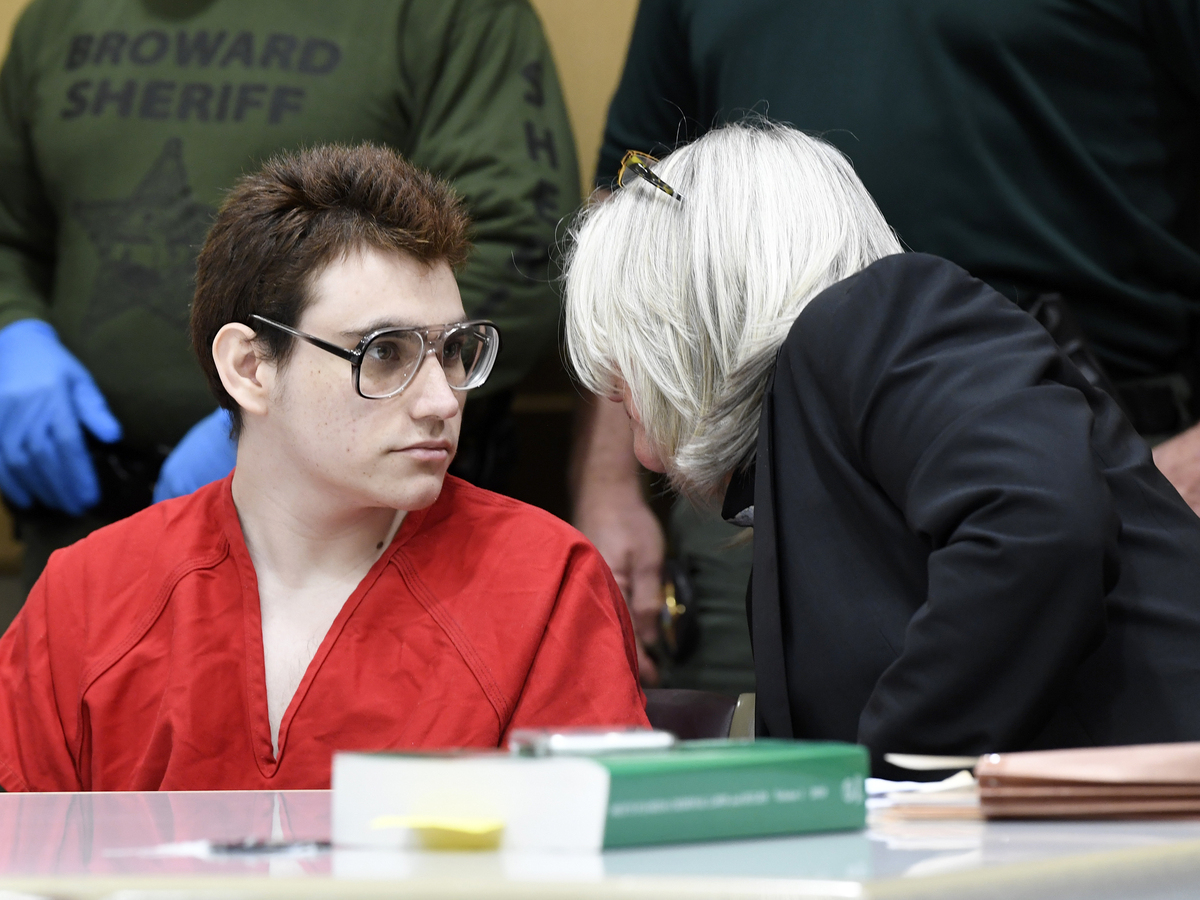 With the pending payout of a parent’s life insurance policy, the confessed Parkland, Fla. school shooter could get more than $430,000. So he’s no longer entitled to be represented for free by a public defender, his lawyers said in a court filing Wednesday asking to withdraw from the case.

“It has come to the attention of undersigned counsel that Nikolas Cruz is a beneficiary in a MetLife life insurance policy and is entitled to half of a death benefit valued at $864,929.17 as of April 23, 2019,” the Broward County Public Defender’s Office wrote.

“The Law Office of the Public Defender is statutorily prohibited from representing a non-indigent defendant,” the attorneys said, asking to withdraw from the case.

Last April, Judge Elizabeth Scherer declared Cruz “indigent” for purposes of the case, because even though he had a net worth of $28,000, that wouldn’t be enough to cover his defense costs. The state compensates court-appointed defense attorneys up to $25,000 for cases where the potential sentence is death. “The cost of private representation would certainly far exceed $25,000, as Defendant is charged with seventeen separate counts of First Degree Murder, and is facing the death penalty on each of the seventeen counts,” Scherer wrote.

Scherer went on to say she would reconsider the issue of indigency “in the event that there is a change in circumstances, and Defendant is in receipt of a sum of money (from his mother’s estate or otherwise), which would afford him the ability to retain private counsel.”

Both the public defender and Cruz knew that he would be entitled to life insurance money — they mentioned it in filings last year. But neither was aware of the size of the payout, the public defender wrote. The money presumably comes from the insurance policy of Cruz’s mother, who died three months before the shooting.

Cruz killed 17 people at Marjory Stone Douglas High School on Feb. 14, 2018. Seventeen others were wounded. Cruz is charged 17 counts of murder and 17 counts of attempted murder. Prosecutors are seeking the death penalty.

“My blood is boiling,” wrote Fred Guttenberg, father of Jaime, who was killed in the attack. “This will only cause more delay. I am furiously mad right now.” He said he would ask his attorneys to pursue bringing a wrongful death action against the shooter, so that the money could go to victims’ families.

The judge had said she wanted the trial to begin in January 2020. With the request from the public defenders to withdraw, the timeline is now uncertain.