Visas Are The Newest Weapon In U.S.-China Rivalry

This year, the U.S. canceled visas for Chinese government-linked scholars over concerns that such exchanges are conduits for peddling influence and for espionage. Increased scrutiny has delayed visas to hundreds of Chinese students. Meanwhile, American academics are having difficulty receiving visas to China. 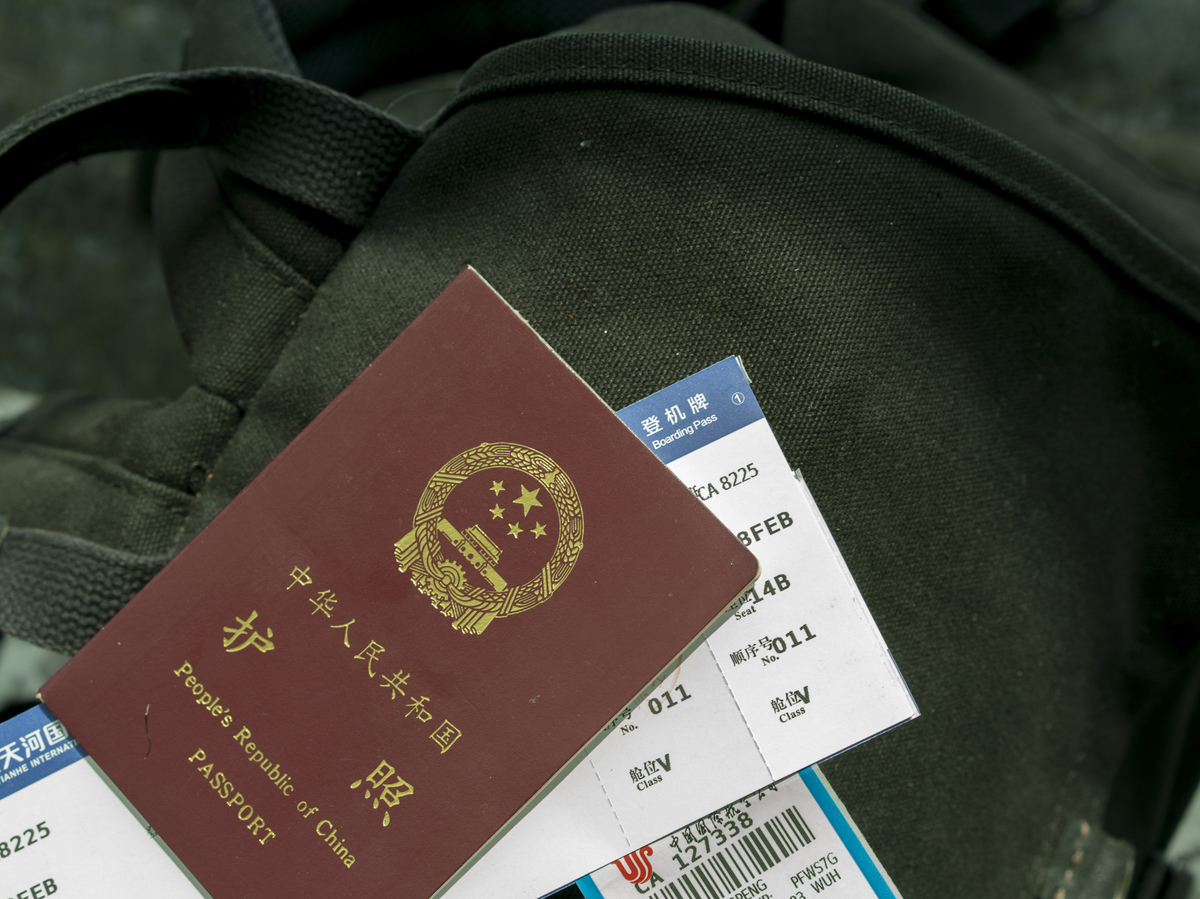 This year, the U.S. canceled visas for Chinese government-linked scholars over concerns that such exchanges are conduits for peddling influence and for espionage. Increased scrutiny has delayed visas to hundreds of Chinese students. Meanwhile, American academics are having difficulty receiving visas to China.

Wang Wen proudly says that he has been to over 20 U.S. states. He flies between the U.S. and China every few months for his job as director of the Chongyang Institute for Financial Studies, a university think tank in Beijing.

At least he did until a few weeks ago, when he received an email from the U.S. Embassy in Beijing. His 10-year U.S. business visa had been abruptly canceled with no explanation. He was told he could apply for a single-entry business visa instead, if he was able to list his last 15 years of travel history.

“It was too much personal information to American government, so I rejected having to apply again,” Wang tells NPR.

Visas are the latest weapon in a growing rivalry between the U.S. and China. This year, the U.S. canceled visas for a number of prominent Chinese scholars with government links over concerns that such exchanges are conduits for peddling influence and for espionage. Increased scrutiny has delayed visas to hundreds of Chinese students. Meanwhile, American academics continue to fail to receive visas to China.

Academic exchanges between the U.S. and China have blossomed in frequency and scope since relations were normalized in 1978. Now, as relations sour, Chinese scholars and students face suspicions of espionage and spreading propaganda. The U.S. scrutiny is especially intense for Chinese scholars affiliated with state-linked think tanks and research institutions.

U.S. Embassy spokesperson Scott C. Walker told NPR via email that there is no “widespread” campaign to deny visas to Chinese citizens and declined to comment on individual visa cases.

He noted that more than 350,000 Chinese students and scholars came to the U.S. in 2018. “We welcome scholars to the United States to conduct legitimate academic activities,” he said, adding: “The U.S. intelligence and law enforcement communities have identified an increasing number of instances in which foreign intelligence services co-opt academics, researchers, and others to conduct activities on behalf of foreign governments during the individual’s stay in the United States.”

Since last June, due to concerns about intellectual property theft, the U.S. began restricting student visas for Chinese citizens studying in certain tech sectors with potential national security applications. The restrictions include extra screening for students and shortening the length of visas in aviation, robotics and advanced manufacturing from a maximum of five years to one year. Particularly sensitive are disciplines that coincide with China’s “Made in China 2025” plan, a state initiative to become the global leader in fields like robotics, semiconductors and aviation.

That policy has left at least hundreds of Chinese students in the lurch. Many flew to China over last year’s December holidays but have not been able to renew their U.S. student visas to return.

“We are suffering mentally, but there is nothing us students can do,” says a Chinese student who does not want his name used by NPR for fear that it may jeopardize his visa application. An aerospace engineer by training, the student says he forfeited a Ph.D. offer to study in the U.S. because his visa was denied. He reapplied and was accepted to another doctoral program but has been waiting more than five months for approval of his second student visa application.

WeChat groups with hundreds of students each, in which Chinese students share experiences about administrative processing, have popped up. In one of the aerospace engineer’s WeChat groups, about 70 percent of the more than 100 students are halfway through their degree programs but have been unable to return to the U.S. to complete their studies because of delays due to additional screening.

The U.S. “values the importance of student travel and people-to-people exchanges,” Walker, the U.S. Embassy spokesperson, told NPR. “We continue to prioritize the processing of visas for students and exchange visitors and we do everything we can to ensure that qualified applicants are able to begin their programs on time.”

“We all know in the big picture of the current trade discussions between the U.S. and China … any report related to international students and scholars from China becomes sensitive and controversial,” says Victor Ma, a graduate student who received his second student visa after four months of screening.

“I’m a product of an era when we couldn’t have any such exchanges,” says Jerome Cohen, a scholar of Chinese law at New York University and a veteran adviser between the U.S. and China.

He remembers how hard it was to build the U.S.-China relationship when travel was restricted between the two countries: “I used to trot up to Ottawa in 1970, 1971, so I could talk to the newly established Chinese ambassador there,” he says, “because he couldn’t come to America and we couldn’t go to China.”

For American academics and policymakers, scholars like Wang are an important conduit to Chinese policymakers, says Cohen. He says he relies on influential Chinese experts who are not pure academics but have links to the Chinese government as a two-way source of information.

One of those experts is Zhu Feng, a scholar connected to China’s Communist Party, whose U.S. visa was also canceled this year. Before that, Cohen met him at conferences and Track II nongovernmental dialogues. “It’s valuable that this man is valued by the Chinese Foreign Ministry, even by the Chinese military, as well as intelligence,” he says. “The military is one of the most influential institutions that reaches Xi Jinping, the great, all-powerful leader.”

“The people who had perhaps 10-year multiple-entry visas — if those are canceled, they are most welcome to apply each time for a new conference. That’s what China has been doing to us for many years,” said Michael Pillsbury, an American defense scholar who’s critical of China and who has advised President Trump.

This month, Pillsbury himself was prevented from attending a conference organized by a Beijing-based think tank because China’s Foreign Ministry never responded to his business visa application. He says this was the first time he has had a Chinese visa application fail to be approved.

He hopes both sides, especially China, back down in restricting travel. “What I myself advocate is a cease-fire in this visa war,” he says. “It is in both sides’ interest to have scholars on the topic of U.S.-China relations be able to understand what is going on and bring their experience to bear.”

As for Wang, he says he’s sad that he won’t be going to the U.S. anytime soon. He became enamored with the U.S. when he studied at the Hopkins-Nanjing Center for Chinese and American Studies.

“I often used to publish op-eds, articles about America, and I often suggested to my audience and readers that China should learn from America, because America is a very strong power and American culture is very popular,” says Wang, who worked as an editor at a state tabloid before entering the think tank world.

He feels a bit differently these days.

“Now,” he says, “I never write such articles again.”