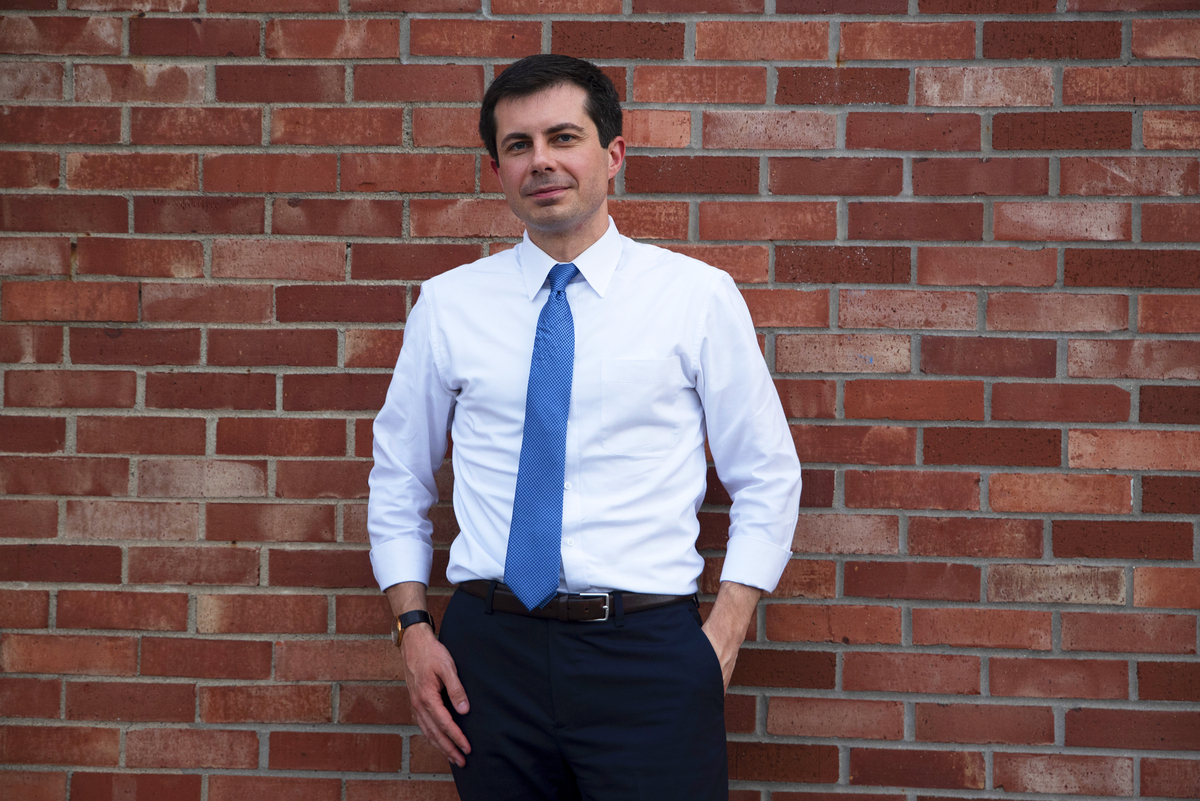 Buttigieg’s remarks came in response to comments made by President Trump during a Fox News interview this past week. Asked to comment on seeing Buttigieg and his husband on stage campaigning, Trump said,”I think it’s absolutely fine, I do.” He added, “I think it’s great. I think that’s something that perhaps some people will have a problem with, I have no problem with it whatsoever.”

Buttigieg, who married his husband, Chasten Glezman, last June, has gone from a relatively unknown millennial mayor of a small Midwestern city to a top tier Democratic presidential candidate in a historically large field.

During this rise, one thing Buttigieg has done repeatedly is parry small dustups with Trump and Vice President Mike Pence into news coverage, a valuable commodity with more than 20 other Democrats competing for attention and air time.

In his interview with NPR — which will be posted in the NPR Politics Podcast feed on Tuesday — Buttigieg was incredulous about the fact that Trump’s comments were even news.

“What somebody says in an interview is one thing. How they govern is another,” said Buttigieg. “So much attention is given to whatever remarkably outrageous and vicious and insulting thing that the president said. Or I suppose in this case, the expectations are so low that he made news by saying something that wasn’t viciously insulting. And that’s not what matters.”

Taking aim at the administration’s policies on LGBTQ rights, Buttigieg referenced reports of a State Department policy that some same-sex couples say is complicating the adoption and surrogacy process. The policy, Buttigieg said, “effectively alienates the children of same sex couples from their parents by saying that they were born out of wedlock if you’re doing surrogacy or adoption abroad, which is discrimination.”

He also called on Trump to support the Equality Act, an LGBTQ anti-discrimination bill that passed the Democratically-controlled House of Representatives on Friday. It is unlikely the bill will be taken up by the Senate, and an administration official said the bill was problematic.

“The Trump Administration absolutely opposes discrimination of any kind and supports the equal treatment of all,” the official said. “However, this bill in its current form is filled with poison pills that threaten to undermine parental and conscience rights.”

Buttigieg said he doubted Trump would support the bill, saying “that’s a shame.”

Trump has long expressed openness to gay people and said in 2016 that same-sex marriage is settled law. But his administration’s policies have favored religious freedom over gay rights, and early in his presidency he moved to ban transgender service members from the military.

In what was a wide-ranging interview with the NPR Politics Podcast and Iowa Public Radio, Buttigieg also joined other Democratic presidential candidates in criticizing the strict abortion restrictions signed into law last week in Alabama and passed by the legislature in Missouri. The Alabama measure outlaws almost all abortions in the state, and makes no exceptions for cases of incest or rape. The Missouri bill would ban abortions at eight weeks of pregnancy or later, and like Alabama, includes no exception for incest or rape.

“What you have here is an agenda that is radical, that is out of step with what most Americans, even Americans in conservative states, believe is the right thing to do,” said Buttigieg. “It’s disturbing. I think it amounts to an assault on freedom.”

The raft of new abortion legislation is on a collision course with the federal courts, and possibly eventually the Supreme Court. Asked about whether he would have a Roe v. Wade litmus test for Supreme Court nominees, as some Democrats have suggested, Buttigieg wouldn’t quite go that far.

“You can’t necessarily do it by setting up hypotheticals, but believe me when I say that the vision of freedom that will get me elected president and that will be the basis for my interviews of judicial nominees would not leave room for the kind of assault on freedom that we are seeing in these states today,” said Buttigieg.