A sign directs Lyft and Uber riders to a designated pickup location at Hartsfield-Jackson Atlanta International Airport in Atlanta. 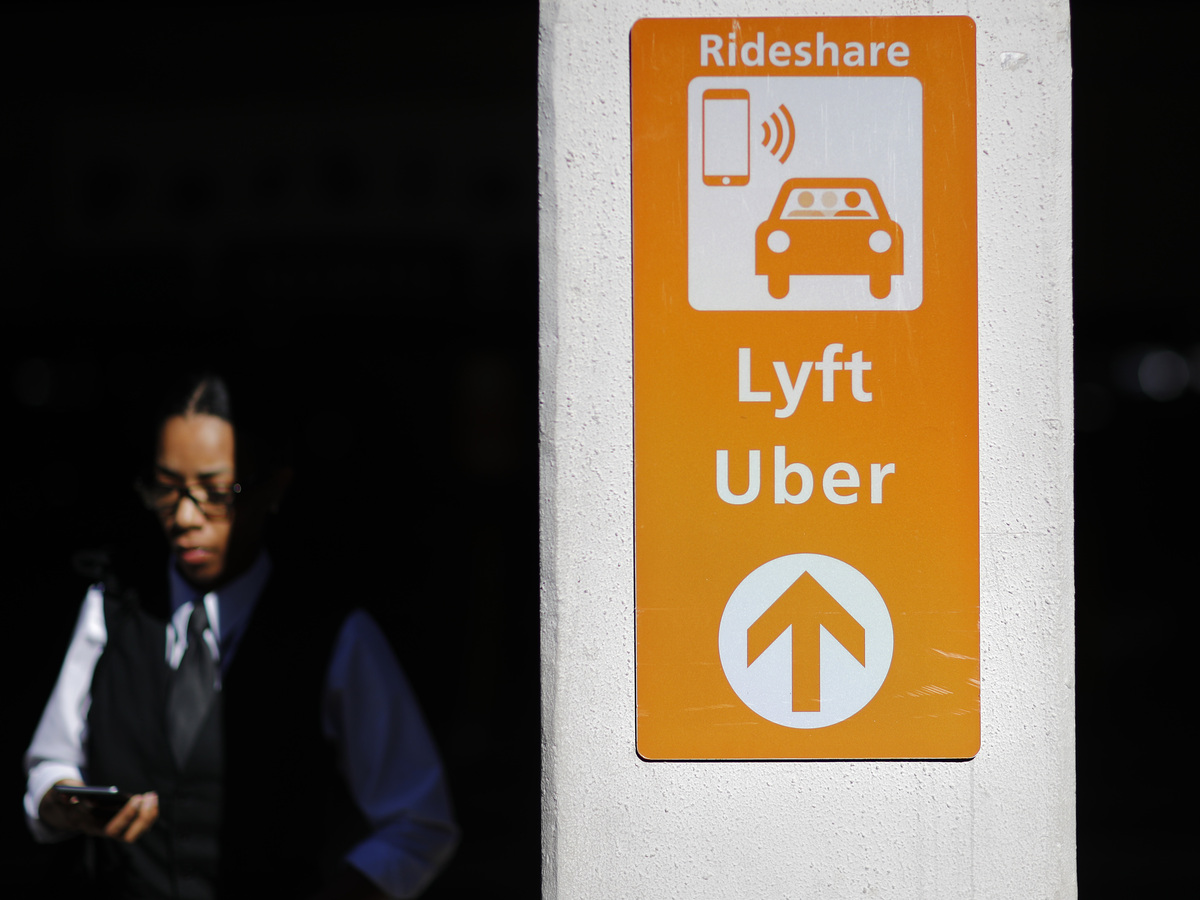 A sign directs Lyft and Uber riders to a designated pickup location at Hartsfield-Jackson Atlanta International Airport in Atlanta.

Some critics of the citizenship question the Trump administration wants to add to the 2020 census are coming from a group that tends to stay away from politically heated issues — business leaders.

From longtime corporations like Levi Strauss Co. to upstarts like Warby Parker, some companies say that including the question — “Is this person a citizen of the United States?” — could harm not only next year’s national head count, but also their bottom line.

How governments use census data is a common refrain in the lead-up to a constitutionally mandated head count of every person living in the U.S. The new population counts, gathered once a decade, are used to determine how congressional seats and Electoral College votes are distributed among the states. They also guide how hundreds of billions in federal tax dollars are spread around the country to fund public services.

What is often less visible is how the census data undergird decisions made by large and small businesses across the country. The demographic information the census collects — including the age, sex, race, ethnicity and housing status of all U.S. residents — informs business owners about who their existing and future customers are, which new products and services those markets may want and where to build new locations.

Weeks before the Supreme Court heard oral arguments over the citizenship question last month, more than two dozen companies and business groups filed a friend-of-the-court brief against the question. Its potential impact on the accuracy of census data, especially about immigrants and people of color, is drawing concern from both Lyft and Uber, as well as Levi Strauss, Warby Parker and Univision.

“We don’t view this as a political situation at all,” says Christine Pierce, the senior vice president of data science at Nielsen — a major data analytics company in the business world that filed its own brief with the high court. “We see this as one that is around sound research and good science.”

Next year, the Trump administration wants to use the census to ask about the citizenship status of every person in every household in the country through a question approved by Commerce Secretary Wilbur Ross, who oversees the Census Bureau. The collected responses, the administration maintains, would be used to better enforce Voting Rights Act protections against discrimination of racial and language minorities.

Researchers at the Census Bureau, however, recommended against adding a question, which they said would produce citizenship information that’s less accurate and more expensive than existing government data. The question could bump up the cost of the 2020 census by at least $121 million, according to the bureau’s latest estimates.

Three federal judges have issued orders blocking the question, and the issue is now before the U.S. Supreme Court. The justices are expected to issue their ruling by the end of June.

“No substitute for a good census”

In the meantime, Nielsen and other companies are pushing back against the administration’s efforts.

Pierce says asking about a topic as sensitive as a person’s citizenship status is likely to discourage some people from participating in the head count. It’s also important, she adds, to test changes to a survey before implementing them.

The Census Bureau had not conducted a field test of a 2020 census form with a citizenship question before Ross decided to include the question.

Pierce emphasized these points last year in an affidavit for the New York-based lawsuits over the citizenship question. Through the court filing, she testified that Ross mischaracterized comments she made in a phone conversation they had that was later cited in Ross’ memo announcing his decision to add the question.

“If there is an undercount, that could carry through to our audience estimates and could mean that people will make decisions based on data that isn’t as accurate as it should be,” Pierce says, referring to the TV ratings that Nielsen produces using census data.

That data, Nielsen estimates, are tied to $90 billion in TV and video advertising.

“There’s just no substitute for a good census and having that count be as thorough as possible,” Pierce says.

Data that affect “our day-to-day lives”

The ride-hailing app Lyft is worried that an inaccurate census could mean that some communities may not get their fair share in federal funding for roads and public transportation over the next 10 years.

“That is a direct impact on our business because it means that those roads will end up being more clogged up and those people will have a harder time getting around,” says Anthony Foxx, a former U.S. secretary of transportation during the Obama administration who now serves as Lyft’s chief policy officer.

“This data that comes out of the census is not just some bureaucratic government data that sits in a vault somewhere that no one sees. It’s actually data that affects our day-to-day lives,” says Jessica Herrera-Flanigan, Univision’s executive vice president of government and corporate affairs.

Census Bureau research suggests including the question would discourage Latinos and Latinas from responding. Herrera-Flanigan is concerned that could lead to an undercount of Latinx residents.

Still, Univision is planning to talk up next year’s census on its TV programs. The children’s talent show Pequeños Gigantes recently featured a segment with kids attempting to explain what a census is.

“Regardless of what happens in the courts, we are going to be pushing people to know about the importance of the census and actually do it,” Herrera-Flanigan says. “It’s a big lift.”

It’s also tricky ground for businesses to navigate — especially after President Trump has tweeted his support of the citizenship question.

“The American people deserve to know who is in this Country,” Trump tweeted the day after the Supreme Court hearing.

At a public meeting earlier this month, Census Bureau official Burton Reist noted the bureau is running into hurdles trying to recruit businesses to promote the census.

“We had a meeting with McDonald’s, but that was a year ago. And we’ve had a hard time getting anything to come from it,” he explained to members of the bureau’s National Advisory Committee on Racial, Ethnic and Other Populations.

In response, Arturo Vargas — who leads the National Association of Latino Elected and Appointed Officials Educational Fund, a member of the committee — said business leaders have told him they’re reluctant to promote a census that has become so “politicized” by the Commerce Department’s efforts to get a citizenship question added.

“This is now something that, even though it’s such a fundamental aspect of our democracy, that they themselves are not willing to be associated with something that is so controversial now,” Vargas said.

Reist said, so far, a promotional partnership is “underway” between the bureau and the J.M. Smucker Company.

NPR has confirmed the bureau is also in discussions with Procter Gamble, the company behind Pampers, Luvs and other brands.

Since speaking with the bureau early last year, McDonald’s has “not made any decisions on this at this time,” a spokesperson for the company, Lauren Altmin, said in an email.