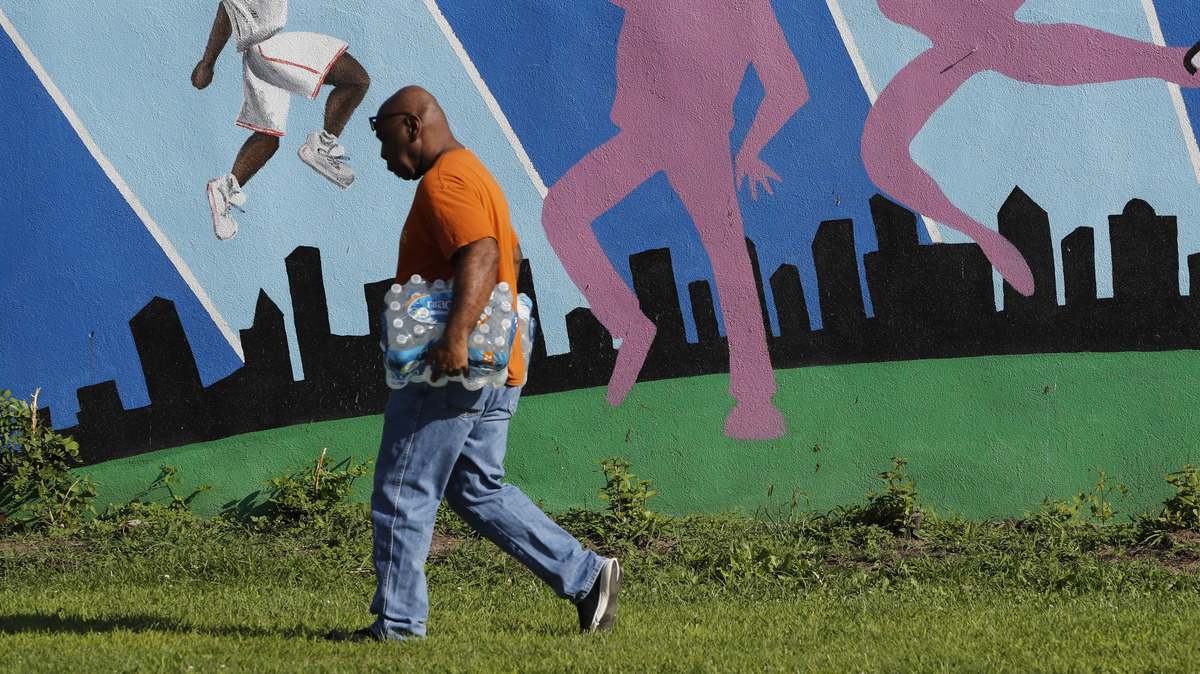 Lead contamination in Newark, N.J.’s, drinking water is not new a problem, but the city’s fleeting solution has become newly problematic.

Officials in Newark, the state’s largest city, which supplies water to some 280,000 people, began to hand out bottled water Monday.

That’s because the U.S. Environmental Protection Agency has questioned water filters that the city distributed to residents.

Last fall, Newark gave out more than 40,000 water filters, even going door-to-door to reach families with lead service lines. The toxin is believed to have leached into drinking water through the old pipes between water treatment plants and people’s homes. Free filters and cartridges would remove “99%” of lead, the city of Newark said.

But recent test results introduced an element of doubt about that claim. A regional administrator at the EPA sent a letter Friday to city officials, saying tests on two homes suggested the filters “may not be reliably effective.” Samples showed the filtered drinking water had lead levels exceeding 15 parts per billion, which is the federal and state standard, EPA regional administrator Peter Lopez said.

City leaders acknowledged the problem in the days that followed.

Gov. Phil Murphy and Mayor Ras Baraka, both Democrats, said in a joint statement that they were prepared to do “everything the City needs,” including doling out free water bottles.

They added that the city and state will need assistance from the federal government to provide and distribute the bottles.

In January, Baraka urged President Trump to help protect Newark’s fraught water infrastructure systems instead of funding a wall at the U.S. southern border to deter migrants. “It will cost an estimated $70 million to replace the lead service lines in Newark,” Baraka said in in a letter.

A spokesperson for Sen. Cory Booker, a former mayor of Newark and presidential candidate, told NPR that the senator had made efforts to address New Jersey’s water problem. “We’ll be sending a letter to the [EPA]” later on Tuesday with other federal lawmakers in New Jersey, “urging the EPA to help the city and state with distributing bottled water to its residents,” spokesperson Kristin Lynch said.

Booker also introduced the Water Infrastructure Funding Transfer Bill in May. He said the measure would give states flexibility to fund infrastructure projects. That bill’s passage was blocked in Congress, Lynch said.

Emmett Coleman, a senior citizen who lives in Newark, told USA Today he spent an hour on Monday waiting for two cases of bottled water. “In the senior building it’s bad,” he said. “All of us are sick or have problems, and we can’t drink the water. And the filters aren’t working.”

The distribution scene would have looked familiar to residents in Flint, Mich., who suffered from years of contaminated drinking water and subsisted on bottled water. And like Flint, Newark has a high poverty rate — about 28%, compared with the national rate of 12.3% in 2017, according to the Census Bureau.

Approximately 15,000 homes in Newark had lead service lines that brought contaminated water to their residences, the city said in a statement. It advised residents to take precautions, including getting children’s blood tested for lead exposure.

The city will continue to test both the filters and filtered water.

The Natural Resources Defense Council and Newark Education Workers Caucus sued Newark and New Jersey state officials last year, accusing them of violating the federal Safe Drinking Water Act. “If it takes filing a lawsuit to end violations of federal drinking water law, we’ll do it,” Claire Woods, an attorney with NRDC, said at the time. That lawsuit is pending.

Authorities say there is no safe level of lead exposure. Pregnant women and children are the most vulnerable groups, with dangers that include fertility problems, damage to organs and cognitive dysfunction.