Air Pollution May Be As Harmful To Your Lungs As Smoking Cigarettes, Study Finds

Air pollution from industry and cars continues to create smog in towns and cities around America. Exposure to higher than average levels of smog and other pollutants is linked to chronic lung disease. 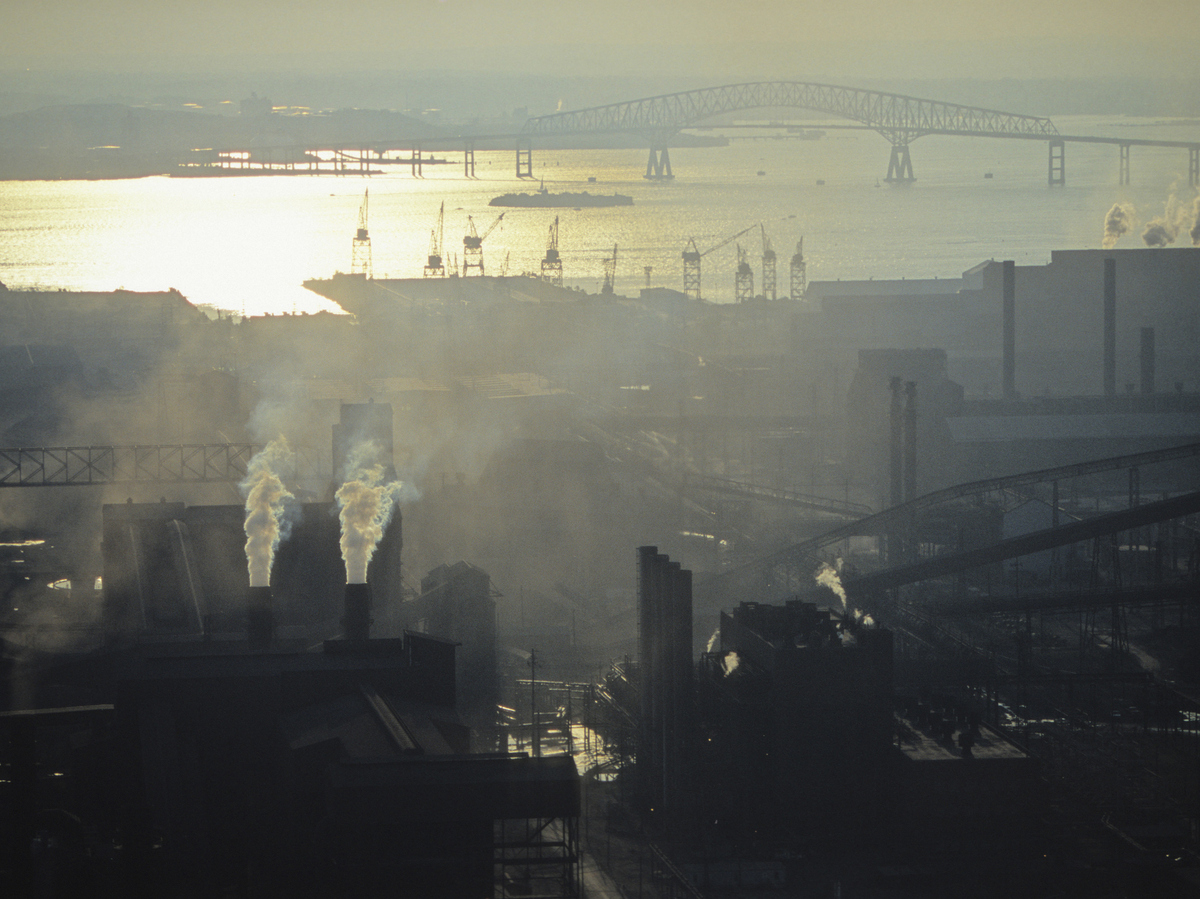 Air pollution from industry and cars continues to create smog in towns and cities around America. Exposure to higher than average levels of smog and other pollutants is linked to chronic lung disease.

Emphysema is considered a smoker’s disease. But turns out, exposure to air pollution may lead to the same changes in the lung that give rise to emphysema.

A new study published today in JAMA finds that long-term exposure to slightly elevated levels of air pollution is linked to accelerated development of lung damage, even among people who have never smoked.

The study looked at the health effects of breathing in various pollutants including ground-level ozone, the main component of smog.

The researchers found that people in the study who were exposed for years to higher than average concentrations of ground-level ozone developed changes to their lungs similar to those seen in smokers.

“We found that an increase of about three parts per billion [of ground-level ozone] outside your home was equivalent to smoking a pack of cigarettes a day for 29 years,” says study author Joel Kaufman, a physician and epidemiologist at the University of Washington.

The study included nearly 7,000 adults living in six U.S. cities: Chicago, Los Angeles, Baltimore, St. Paul, Minn., New York City and Winston-Salem, N.C. Generally, people in the study were exposed to annual average concentrations of between 10 and 25 parts per billion of ground-level ozone outside their homes.

But there’s no reason to believe that the pockets of elevated ozone exposure are limited to these cities. Kaufman says people in communities all over the U.S. can be exposed to similar concentrations — which can vary from day to day, season to season and year-to year. Typically, ground level ozone — or smog — forms when pollution that’s released from cars’ tailpipes and smokestacks bakes in the sunlight. (The EPA has this simple explainer.) Ozone is typically highest on hot, sunny days.

“It was a very large surprise to us to see that the effects were in the same magnitude as cigarette smoking, which is the best-established and most recognized cause of emphysema,” Kaufman says.

In order to evaluate the changes to the participants’ lungs, each person had up to five CT scans over more than a decade. These scans give a 3D picture of the lungs and can detect changes that precede the development of symptoms. During the same time period, the researchers measured levels of pollution, including ozone, in the participants’ communities.

“When airways get narrowed and damaged, it’s harder to move air out of the lungs and air gets trapped,” explains Emily Brigham, a pulmonologist and assistant professor of medicine at Johns Hopkins University. She was not involved in this study, but she also researches how environmental exposures can influence lung health.

At the very early stages of respiratory disease, people may not notice much . But over time these changes lead to emphysema symptoms, including breathlessness. “It does tend to get worse over time if you continue the exposures,” says Brigham. And the changes are generally believed to be irreversible.

Chronic respiratory disease (which includes chronic obstructive pulmonary disease and emphysema) is a leading cause of death in the U.S.. The World Health Organization estimates that each year 7 million premature deaths around the world are linked to air pollution.

“We know… that a significant proportion of the U.S. population who has COPD actually, are never smokers,” Brigham says. So, what’s causing their lung disease? “I think this [study] gives us a partial answer.”

Overall, most types of air pollution have been declining in the U.S. — in part, thanks to the policies put in place by the Clean Air Act.

But ground level ozone — or smog — has been harder to control. One explanation is that with increasing numbers of hot days, the conditions are more favorable to the formation of ozone.

“And so as climate change progresses, we expect that vulnerable populations and — even healthy populations — are going to see increased effects,” Brigham says.

In the past, the larger concern about ozone was the short-term exacerbation in symptoms during smog-alert days for people living with chronic lung disease such as asthma or COPD. The effects of long-term, chronic exposures were not well understood.

“In the past the EPA has not accepted that COPD is caused by long-term, chronic air pollution,” says George Thurston, a professor of environmental medicine at NYU Langone Health.

But, now, this study adds to the evidence that the benefits of cleaning the air are even larger than previously calculated, because the findings suggest that long-term exposure to air pollution is damaging to lung health.

Thurston says if these long-term cumulative effects would be included in policymakers’ cost-benefit calculations, “the benefits will even more so outweigh the the cost of moving forward on cleaning the air.”