Girl texting on smartphone at home 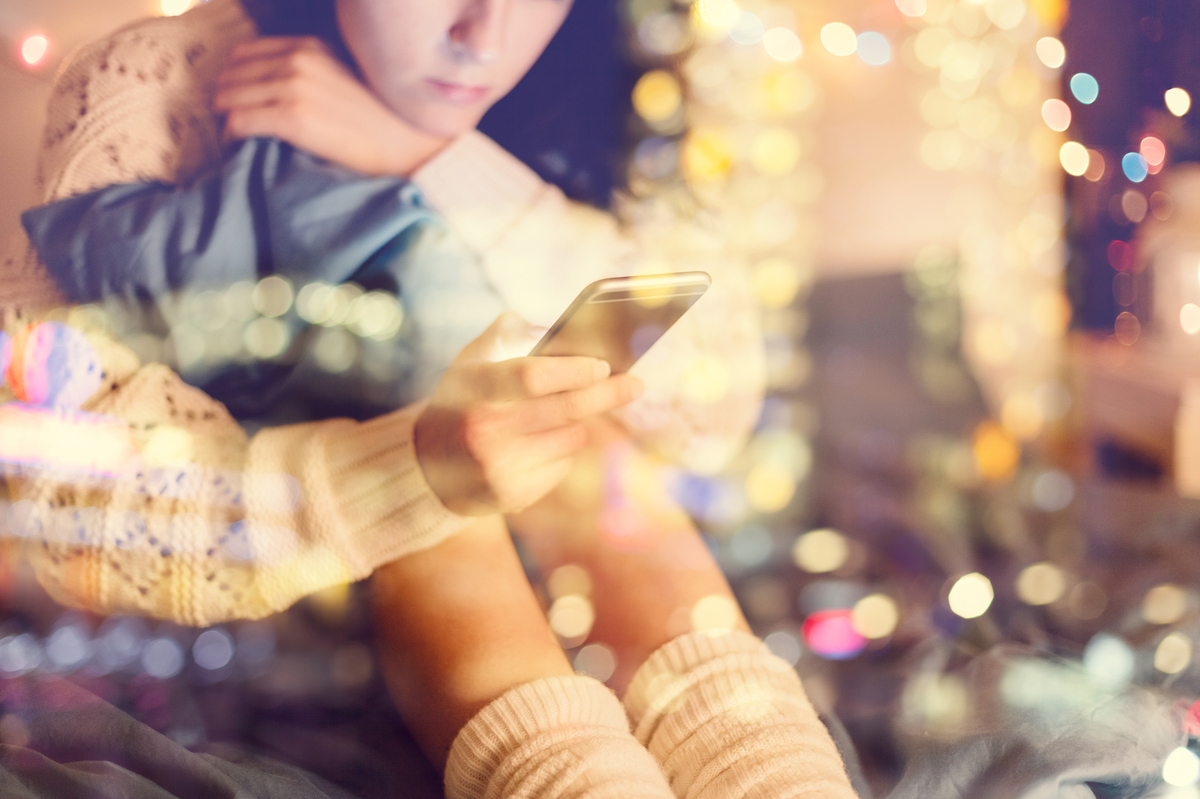 Girl texting on smartphone at home

Today’s teens have a lot on their plate. They strive for perfect grades, college-essay worthy volunteer gigs, trophies in multiple sports — and many of them still find hours a day to spend on social media.

“This is an incredibly stressful time to be a teenager,” says pediatrician Megan Moreno, a researcher at the University of Wisconsin-Madison.

To get everything done, teens are “sacrificing their in-person time,” Moreno says.

And it may be they’re trying to make for up it online. A new report from the U.K. says that more than 1 in 5 teens there spend five hours or more per day on social media. And the heavier users of social media get to bed later and get poorer quality sleep.

While those statistics might send some parents scrambling straight to the wall outlet to unplug the Wi-Fi router, Moreno says that social media is too often described as either entirely good or bad, when the reality is more complicated for teens.

“Social media is the way that they stay in touch with each other,” she says.

She says researchers should focus instead on understanding “where social media fits in within this culture of constant connection.”

The new study, which was released Tuesday in the journal BMJ Open, was based on self-reported survey data from nearly 12,000 teenage participants in the U.K. Millennium Cohort Study — a nationally representative group of individuals born in 2000 and 2001. The study sought to gather baseline data about teenage social media use in the U.K. to inform guidelines for safe social media use — akin to the U.S. guidelines set by the American Academy of Pediatrics.

And, the study authors note, late bedtimes are linked with poorer academic and mental health outcomes. A body of research has found an association between heavy screen use among teens and depression, though the link is debated.

Holly Scott, a researcher at the University of Glasgow and the study’s primary author, isn’t sounding the alarm. She says, “it’s easy to look at the results of this and think, ‘We should just get teenagers to spend less time on social media.’ I think that’s an understandable response, but what I really encourage people to do is look beyond that.”

She says people should pay attention to the “important emotional and cognitive and social factors” at play with when teenagers are using social media.

Moreno agrees. She says her patients describe using social media to keep in touch with family members who live far away, or double checking a homework assignment with a teacher or classmate after school, in addition to keeping up connections with friends.

“Many kids can’t find time to hang out with their friends because they’re all in forty different activities,” Moreno says.

Scott emphasizes that the study is pointing to a correlation between social media and poor sleep, but not necessarily demonstrating cause and effect.

“Certainly some teens do say that they struggle to get off of social media at night — they might be worried about missing out on things, or affecting their friends by not answering messages — and they stay up late from that,” she says. But, “maybe for some of those young people they are a have a naturally later body clock, and are passing their free time at night on social media until they’re ready to fall asleep,” she says.

And Scott says the baseline of data they’ve captured, especially the large number of teens towards the low-end of daily social media usage, is counterintuitive. “There’s an assumption that all teenagers are spending all their time on social media,” Scott says, but the numbers show a wide range. She says that’s critical information to have when it comes to building public health recommendations.

Moreno says that context also matters when making recommendations. “Social media is a reflection of our culture. When we see studies that say, ‘Hey, these kids aren’t sleeping as well as they used to,’ we need to be able to say, “Okay, there’s a correlation with social media, but what does that mean to us as a culture? How did we allow this to be the case?’ “

The American Academy of Pediatrics guidelines which were updated in 2016 suggest parents work with their kids to create a family media use plan. That might mean setting a family-wide curfew for social media, or focusing on doing more of their screen-time activities together.

Moreno also emphasizes the power of positive reinforcement if you’re trying to help a teen change their behavior: “I think taking the time to remind people of the things that they’re doing well — if it gives you that feeling of feeling good — then you’re more likely to keep doing that than if you’re only focused on the things that you need to fix.”