Exclusive: Trump Wants To Pick Cuccinelli For DHS, But Worries Senate Would Balk 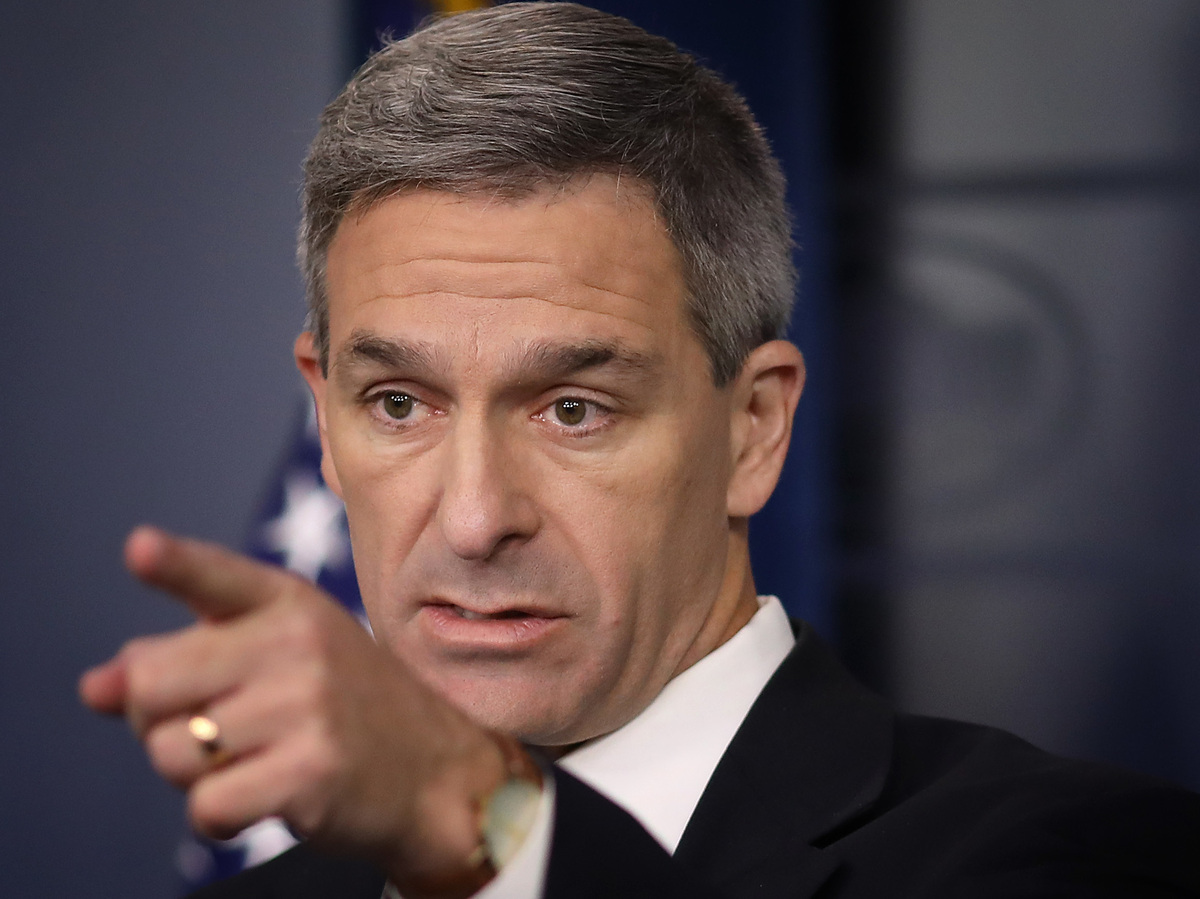 President Trump has told Republican allies in the Senate that he would like to nominate immigration hard-liner Ken Cuccinelli as his next Homeland Security secretary, but has said he does not believe Republican Senate leaders would back the choice, according to sources familiar with the discussions.

Cuccinelli, the former attorney general of Virginia, has made enemies in his own party. He used to lead a group that raised money to challenge incumbent Republican senators, including Senate Majority Leader Mitch McConnell.

Trump announced two weeks ago that Kevin McAleenan, who had been the acting secretary, would leave his post. That touched off a wave of jockeying for the position between competing factions inside the White House over who should lead the department charged with immigration policy, a key pillar of his presidency and re-election campaign.

Sources say immigration hard-liners inside and outside the White House are fighting to keep Cuccinelli — who Trump made his acting director of U.S. Citizenship and Immigration Services — in the running.

A Republican Senate aide told NPR that Trump has said he would name Cuccinelli if he thought Senate leadership would support his nomination. A White House official confirmed Trump has told allies he wants Cuccinelli in the role.

“President Trump needs someone at DHS that believes in his vision for immigration enforcement, and that person is Ken Cuccinelli,” the Republican Senate aide said.

Cuccinelli has championed some of Trump’s toughest immigration policies, including new protocols making it harder for immigrants to obtain legal permanent residency by denying green cards to those who use or are likely to use government benefits, such as Medicaid and food stamps.

A spokesman for McConnell declined to comment, but directed NPR to previous comments the Republican leader has expressed about Cuccinelli as a candidate for the job.

“I’ve not spoken to [Trump] about any of them. I have expressed my, shall I say, lack of enthusiasm for one of them … Ken Cuccinelli,” McConnell told reporters during a briefing in April.

Cuccinelli did not mince words when raising money for the Senate Conservatives Fund in August 2017, criticizing sitting Republican senators.

“Mitch McConnell has filled the Senate with people like Lisa Murkowski, John McCain, Shelley Moore Capito, Lamar Alexander, and Dean Heller who all promised the voters they would repeal Obamacare, but when the time came to do it they refused,” Cuccinelli wrote in a fundraising message for the group, Roll Call reported. “Instead of admitting his mistake, McConnell is blaming the president for having ‘excessive expectations’ even though he was the one who set those expectations with years of empty promises!”

Republican Senators are angry about Syria, weary of an impeachment trial and would rather not confirm somebody who is likely to cause more headaches.

“Given the president’s precarious political situation, asking Republican senators to support someone who funded primaries against them is a difficult ask,” Conant said. “Republican Senators are angry about Syria, weary of an impeachment trial and would rather not confirm somebody who is likely to cause more headaches.”

White House staffers have warned Trump that Cuccinelli is not eligible to become acting DHS secretary because of technicalities in federal vacancy rules, according to two people familiar with the conversations.

Sean Doocey, the White House director of presidential personnel, told Trump that both Cuccinelli and another candidate — Mark Morgan, the acting commissioner of U.S. Customs and Border Protection — were ineligible because of federal vacancy laws. But hard-liners have argued the White House should find work-arounds to federal vacancy rules.

Hard-liners have said it’s time for McConnell to get past his political differences with Cuccinelli. Dan Stein, president of the Federation for American Immigration Reform, a group close to the administration that advocates for immigration restrictions, warned Republicans could face political consequences by picking the wrong person in the middle of an election year.

“Enough with the acting secretaries – come together and confirm someone who works well with the president and is totally in line with his immigration agenda,” Stein said.