A nurse administers the rotavirus vaccine, given during the first year of a baby’s life. 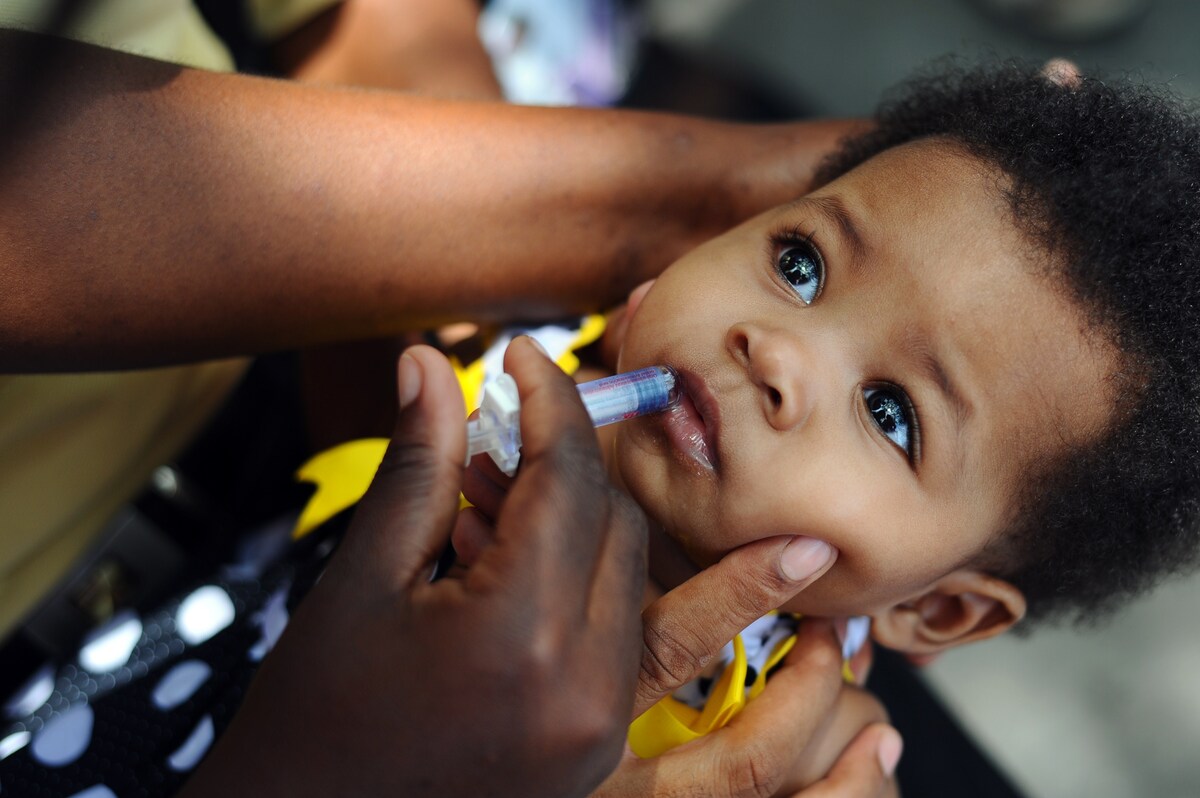 A nurse administers the rotavirus vaccine, given during the first year of a baby’s life.

Imagine for a minute: A company makes a vaccine that protects kids from a life-threatening disease but, with little warning, decides to stop selling it in the U.S.

That’s exactly what happened last year in West Africa, for a vaccine against rotavirus — a disease that kills about 200,000 young children and babies each year.

As NPR reported in November, the pharmaceutical giant Merck Co. Inc. announced it was ending a long-term agreement to supply its rotavirus vaccine, Rotateq, at a reduced price to families in four West African countries. At the same time, the company begun selling the vaccine in China, for more than 12 times the price.

Merck’s decision meant that more than two million babies were at risk of missing the vaccine, health experts told NPR.

“You have a major manufacturer of a vaccine announcing that they’re going to exit from the market, and it created a bit of a panic for countries that were accustomed to having this vaccine,” says Deborah Atherly of the nonprofit PATH, which helps develop vaccines for low-income countries..

Now the situation has changed — for the good.

After NPR broke the news of Merck’s pullout, other vaccine manufacturers stepped up to fill in the gap. “Because of these efforts, very few to no children will miss out on rotavirus vaccination in these four countries,” Gavi wrote to NPR in an email.

This is a huge success story, Atherly says. “We deal with tons of challenges in global health, and this is one, in which the global health community, rallying with the countries, has really created success.”

Rotavirus is a ubiquitous infection. “Almost every child, whether you live in the U.S. or you live in a developing country, is infected with this disease,” says Dr. Mathuram Santosham, a pediatrician at Johns Hopkins University who has studied the disease for more than 40 years.

In rich countries, the infections are rarely lethal but can be severe. Before the U.S. introduced the rotavirus vaccine in 2006, infections caused more than 50,000 hospitalizations each year, the Centers for Disease Control and Prevention says.

But the vaccine is expensive. Here in the U.S., it costs about $200 for a course of two-to-three shots administered in the first year of a baby’s life. So in 2012, the two companies that manufacture a vaccine, Merck and GlaxoSmithKline, agreed to drastically reduce the price for poor countries to about $10 a course.

But last year, Merck informed UNICEF and Gavi that it would not ship about a third of those doses for 2018 and 2019. And in 2020, the company would stop supplying the vaccine altogether to West Africa. The company told NPR that “supply constraints” were preventing it from fulfilling its agreement to the West African countries. The company also expressed “deepest regret to all of the parties involved” in an email to NPR.

It looked like more than 2 million babies would go without the vaccine. At the time, GSK told NPR it wasn’t able to help the countries in West Africa because the company was experiencing its own supply problems. “We also cannot confirm the availability of the doses necessary to support new programmes in 2019, ” the company wrote in an email.

But then after NPR’s story aired, GSK changed course. The company is now filling in almost half of the vaccine gap left by Merck. Earlier this year, GSK begun supplying Rotarix to the Ivory Coast — where nearly a million babies are born each year. “GSK is pleased that we have sufficient capacity and hopes to fulfill the demand for Rotarix in Ivory Coast for as long as required,” a spokesperson wrote in an email to NPR.

The other part of the vaccine gap will be filled largely by one of two Indian pharmaceutical companies. Last year, the World Health Organization gave its stamp of recommendation two new rotavirus vaccines, Rotavac and Rotasill, which are manufactured by Bharat Pharmaceuticals and Serum Institute of India, respectively. Back in November, health experts said three West African countries — Mali, Burkino Faso and Sao Tome and Principe — would eventually switch to these vaccines. But that was expected to take at least two years.

Now all three countries are speeding up the timeline and plan to roll out the new vaccine by 2020, says Heather Deehan, chief of UNICEF’s Vaccine Centre. In the meantime, the countries are relying on stocks of the Merck vaccine to continue immunizations.

“As a result of a strong collaboration among UNICEF, the countries and manufacturers, there was no interruption in the countries’ vaccine programs,” Deehan says.

In a followup interview with NPR, Merck’s Chief Marketing Officer, Michael Nally said that one reason the company ended its agreement with Gavi was because the competing vaccines were more desirable for low-income countries than Rotateq. GSK’s vaccine requires one less dose, while the Indian vaccines will be less expensive.

“We’ve had to come to a conversation around, we are probably not going to be the product of choice in those markets,” Nally said.

In the meantime, Merck has successfully launched sales of Rotateq in China. The vaccine is now available in at least seven Chinese provinces, and a course costs about $130, or about 12 times the cost of the vaccine in the West Africa. Merck’s Chinese distributor, Chongqing Zhifei Biological Products Co., hopes to obtain more than $450 million worth of the vaccine in the next several years.