Vanessa Rodel smiles during a media scrum after arriving with her daughter Keana to the Toronto airport on a flight from Hong Kong this week. She is one of several Hong Kong-based refugees who helped Edward Snowden hide in Hong Kong after his leaks exposed U.S. global surveillance programs. 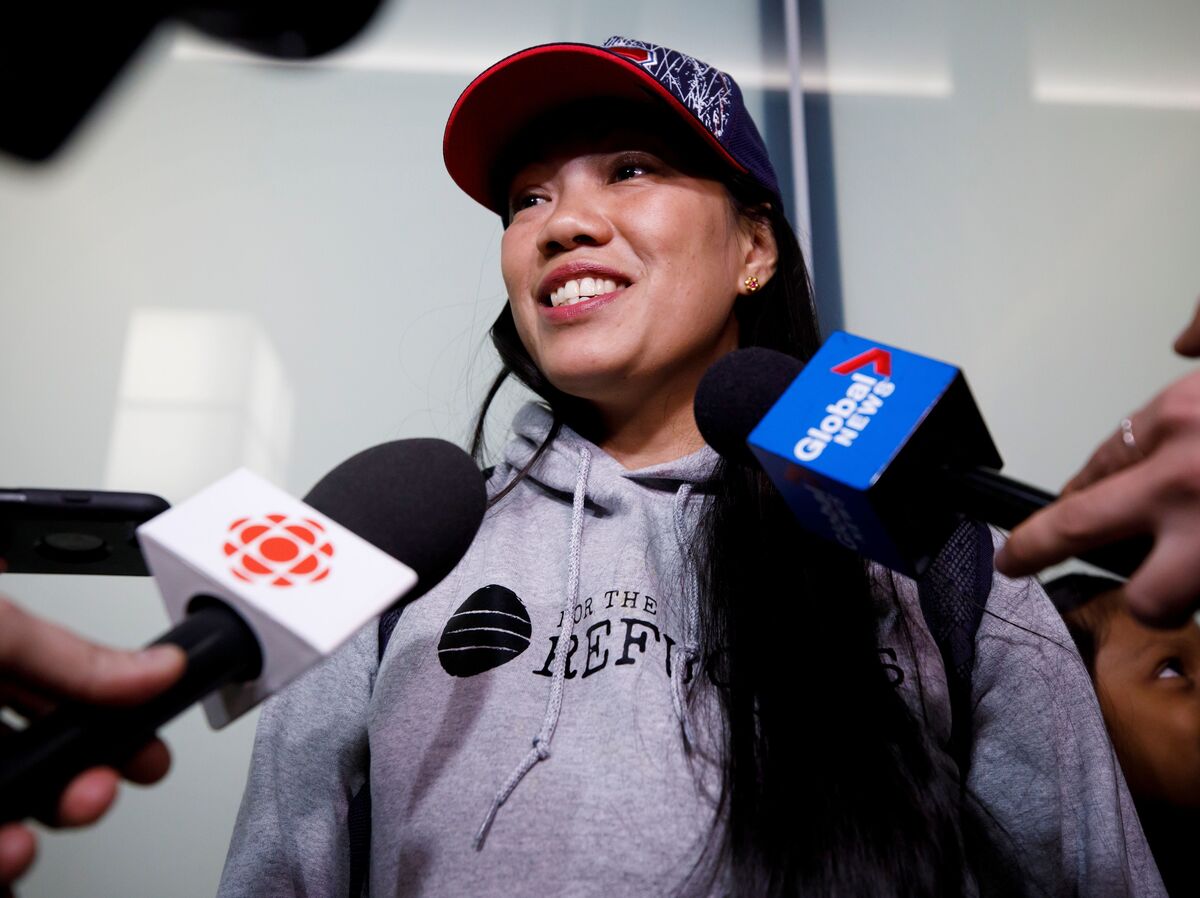 Vanessa Rodel smiles during a media scrum after arriving with her daughter Keana to the Toronto airport on a flight from Hong Kong this week. She is one of several Hong Kong-based refugees who helped Edward Snowden hide in Hong Kong after his leaks exposed U.S. global surveillance programs.

The first of three Hong Kong-based refugee families who helped shelter National Security Agency leaker Edward Snowden when he was on the run, has been granted asylum in Canada.

Vanessa Rodel and her daughter, Keana, arrived in Montreal on Tuesday, eager to embrace their new lives as Canadians.

“I feel so great and I feel like I’m free,” Rodel told reporters at Toronto Pearson International Airport shortly after landing in the country on Monday night.

She described her life in Hong Kong as one riddled with sleepless nights, fear and instability for herself and her 7-year-old since the government there rejected their claims for asylum in 2017.

But her joy was tempered by her concern for the people she left behind. “They’ve been stuck for many years,” Rodel said.

“They have so many troubles in their lives … the kids are having a hard time,” she added.

Rodel moved to Hong Kong in 2002 after escaping the Philippines. She applied for asylum in 2010, saying she was a victim of human trafficking in her home country, but was turned down seven years later. As a result she and her Hong Kong-born daughter had been living in legal limbo — the government designates children of refugees as stateless and Rodel was not permitted to have a job. The pair subsisted on meager government assistance with little access to basic services.

“This has been a seven year battle,” Robert Tibbo, the lawyer who represents Snowden as well as the refugees who hid him, told CNN.

Rodel and her daughter are among seven asylum seekers, including three children, involved in keeping Snowden out of sight after he leaked highly classified documents about the government’s PRISM surveillance program and fled the U.S. in June 2013. Hiding Snowden with the refugees was an idea conjured by Tibbo, who assumed correctly that the former NSA contractor could safely evade U.S. and Hong Kong authorities in that setting.

“They opened their door to me,” Snowden said in a Radio-Canada interview following Rodel’s arrival in Canada. “They knew what it was like to be hunted, to be chased, to be retaliated against. And they smiled at me.”

“They were living in very difficult conditions, incredible poverty, and they shared everything they had,” Snowden recalled.

Speaking from his home in Russia, where he was eventually granted asylum, Snowden urged the Canadian government to move swiftly to accept the remaining five refugees, all of whom are Sri Lankan.

Ethan Cox, a spokesperson with For the Refugees, the Canadian organization that filed asylum applications on behalf of Rodel, Keana and the others told NPR, “It’s time to finish the job.”

For the Refugees has collected donations to provide financial support and sponsors for the asylum-seekers in Canada. The nonprofit is calling on the Trudeau government to intervene on the group’s behalf to expedite their applications.

According to Cox, those left behind are in imminent danger. “They can be deported at any time to their home country. They are in a place where they have been cut off from state support and don’t have any state protection.”

“If there is a delay of months to get the other applications processed, that may amount to death by delay,” he added.