Companies Organize To Make It Easier To Buy Renewable Energy

Power lines and power-generating windmills rise above the rural landscape on June 13, 2018, near Dwight, Ill. Driven by falling costs, global spending on renewable energy sources like wind and solar is now outpacing investment in electricity from fossil fuels and nuclear power. 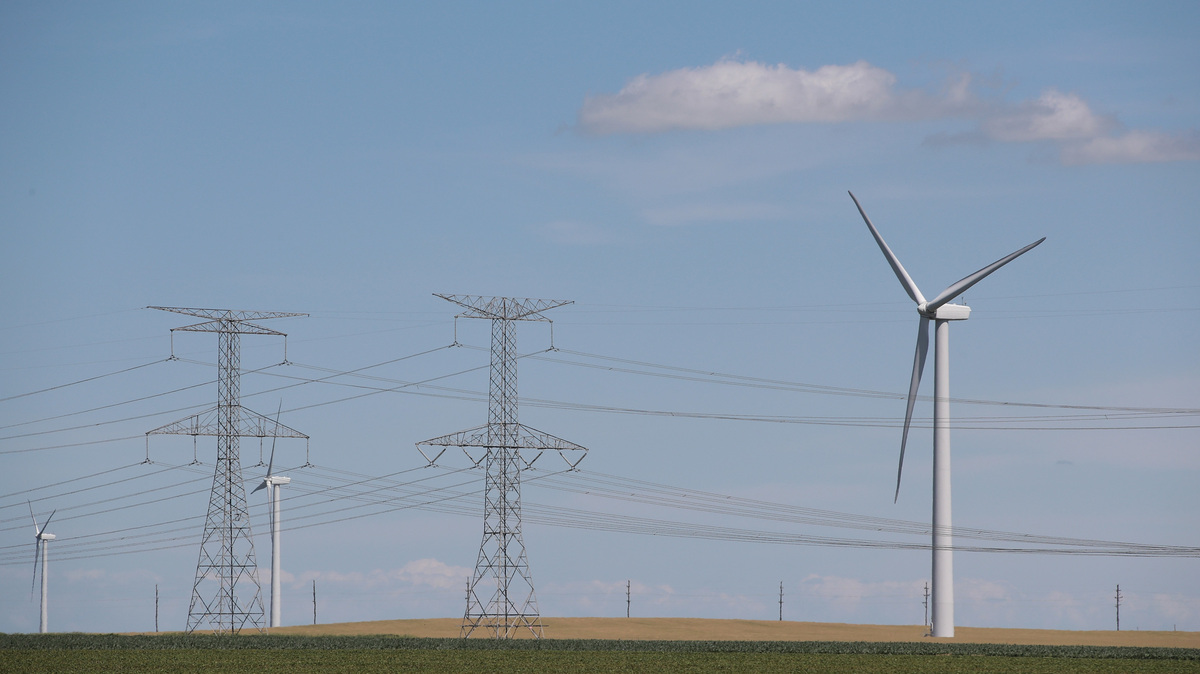 Power lines and power-generating windmills rise above the rural landscape on June 13, 2018, near Dwight, Ill. Driven by falling costs, global spending on renewable energy sources like wind and solar is now outpacing investment in electricity from fossil fuels and nuclear power.

Going green is often easier said than done, but a new business organization is hoping to change that. While focusing on large-scale energy buyers, the group plans to push for changes that could make renewable power more accessible for all Americans.

Companies from a variety of industries — including Walmart, General Motors, Google and Johnson Johnson — are forming a trade association to represent firms that purchase renewable energy and remove barriers that make it complicated to shift away from carbon.

The new organization, the Renewable Energy Buyers Alliance, is building on years of work between corporations and climate advocacy nonprofits. Currently, about 200 companies, cities and universities are involved.

Miranda Ballentine, the CEO of the new trade group, says the organization will help push energy markets and public policies to make it easier to actually choose to buy green energy.

It’s harder than you might think for a company to choose renewables, Ballentine says.

“Especially in today’s day and age, when we see many renewable energy technologies that are meeting or beating brown [conventional] power prices, you would think, ‘Hallelujah! The day has come, clean energy is here, we can now just go out and buy it.’ But there are a number of barriers,” she says.

One is the way energy markets are set up. They vary by region — some areas allow more choice than others. But in many locations, buyers can’t select a source for the energy they get from a utility.

“They can’t actually say, ‘I want power from that wind project over there,’ ” Ballentine says. “They literally cannot contract directly for certain sources of power.”

In other cases, there are technological challenges. “Some renewable energy technologies like wind and solar don’t produce 24/7 — they produce when the sun is shining and when the wind is blowing,” Ballentine says. “And we as energy consumers … we need our power 24/7,” she says.

Many companies have set green energy targets as part of overall sustainability efforts — whether out of a sense of corporate responsibility or in the pursuit of positive PR.

But Steve Chriss, director for energy and strategy analysis at Walmart, says there’s a financial calculation as well.

Walmart has “a great desire to operate as cleanly and sustainably as possible,” he says. “But we also want to operate at the lowest possible cost. With where renewable energy costs have come, we feel that in a number of markets renewable energy is going to be the best cost option.

“It’s not just a specialty play for the interests of a few [companies] who are really into it,” he says. “It’s really about a business play to deliver the lowest-cost resources possible.”

Walmart, operating on a massive scale, organizes multiple sources of renewable power — from rooftop solar to complex arrangements with utilities. Other companies might be interested in green power, but “don’t necessarily have the scale or capabilities of a Walmart” to pursue those options, Chriss says.

REBA will aim to open access to green energy to all its members, not just the most powerful mega corporations.

“As access points increase, more gets done, economies of scale drive lower costs,” Chriss says. “We try to look towards … getting to where renewables can be the lowest-cost resource in every market.”

Priya Barua, a senior manager for utility innovation at the World Resources Institute, says the work of the new trade group could have implications well beyond its members. The institute is one of the four nonprofits that helped establish REBA.

“It’s not just creating options for [corporate and industrial] customers, but using their collective buying power … to create options in the market that would benefit everybody.”