This Ethiopian Airlines Boeing 737 Max 8, seen last Saturday, is one of those grounded following the crash that killed 157 people. 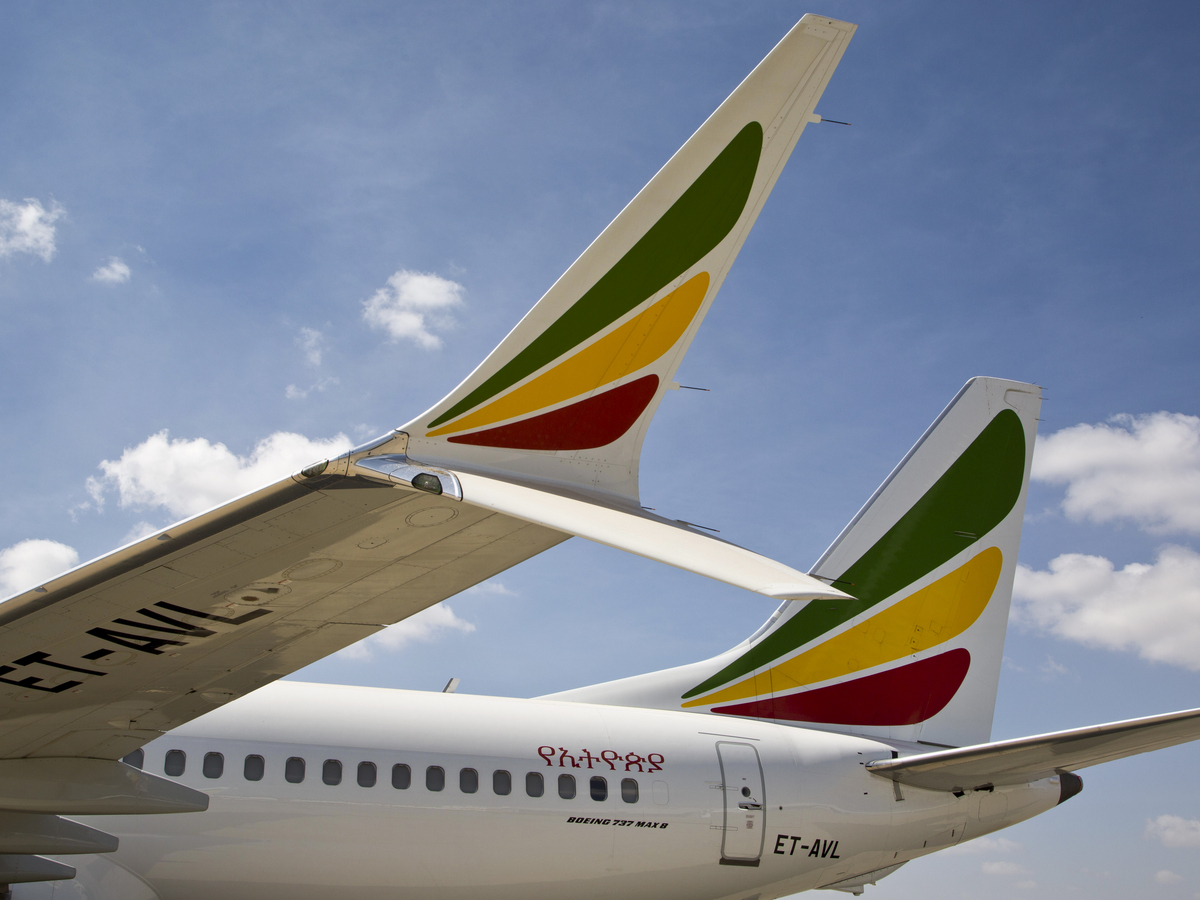 This Ethiopian Airlines Boeing 737 Max 8, seen last Saturday, is one of those grounded following the crash that killed 157 people.

Boeing says it has a software fix ready for its 737 Max airplanes that will be unveiled to airline officials, pilots and aviation authorities from around the world Wednesday, as the aircraft manufacturer works to rebuild trust among its customers and the flying public following two fatal crashes of the planes in recent months.

Meanwhile, those crashes and the relationship between Boeing and the federal agency charged with regulating it will be discussed at a U.S. Senate aviation subcommittee hearing on Wednesday. Scheduled to testify are the heads of the Federal Aviation Administration and the National Transportation Safety Board, along with the Transportation Department’s inspector general, who is investigating how the FAA went about certifying the 737 MAX as airworthy, and whether regulators relied too heavily on Boeing’s own safety assessments in their review.

Those developments come as transportation authorities in Ethiopia prepare to release preliminary findings on the cause of the crash of an Ethiopian Airlines Boeing 737 Max 8 plane earlier this month that killed all 157 people on board.

A spokesman for Ethiopia’s transport ministry told the Associated Press “a date has not been set but (the preliminary report) will be released later this week.” The spokesman says the U.S. National Transportation Safety Board, France’s aviation investigative authority BEA, and Ethiopia’s Transport Ministry have been conducting the investigation jointly.

The investigators have said there were striking similarities between the March 10 crash outside of Ethiopia’s capital city Addis Ababa and the crash of a Lion Air Boeing 737 Max 8 into the Java Sea in Indonesia last October. Both planes crashed shortly after takeoff and both followed similar, erratic flight tracks in the air that indicate the pilots may have been struggling to try keep the planes from going into nosedives.

In the Lion Air jet crash October 29, which killed all 189 people on board, Indonesian investigators say an automated flight control system, acting on erroneous data from a faulty sensor, repeatedly forced the nose of the plane down. That system, called MCAS, for Maneuvering Characteristics Augmentation System, is designed to prevent the airplane from stalling. But the Lion Air pilots apparently did not know how to counteract the system or disengage it, and were in a futile struggle to regain control of the plane.

After the Lion Air crash, many pilots complained that had not been made aware of the MCAS system, as it did not exist on previous versions of the 737, nor had they been trained on what to do when the system engages and forces the nose of the plane downward unexpectedly.

It still is not clear if something similar happened on the Ethiopian Airlines jet but the company’s CEO says pilots had been trained on how to handle the new system after the Lion Air crash.

Boeing officials say the company has completed developing software upgrades for MCAS aimed at preventing such occurrences in the future. The system will no longer act repeatedly in forcing the nose of the plane and will act just once if detecting the plane entering an aerodynamic stall. And the MCAS system will rely on data from the two angle of attack sensors on the plane, instead of just one.

In addition, a warning light that alerts the pilot when the angle of attack sensors disagree will become standard instead of being a more expensive option for airlines to purchase, and it will be added to the entire fleet of 737 Max aircraft for free.

A Boeing official says the software upgrades have undergone extensive lab and simulator testing, with pilots in a simulator facing a series of errors and failures, including sensor errors and other erroneous inputs.

The Boeing official says the FAA participated in the evaluation, even demonstrating the software upgrades during a test flight on March 12.

It is unlikely that the FAA will act quickly in certifying the software upgrades and other fixes, especially considering the scrutiny of the certification process coming from Congress and others. And regulators in Canada, Europe, China and other countries say they will no longer rely on FAA data and will conduct their own tests of the MCAS software updates before allowing Boeing’s 737 MAX planes in the air again. As a result, some experts say it could be months before the airplanes are allowed back into service.