Greenland, a Danish territory, has strategic value in terms of military activity and natural resources, said a member of Denmark’s parliament. 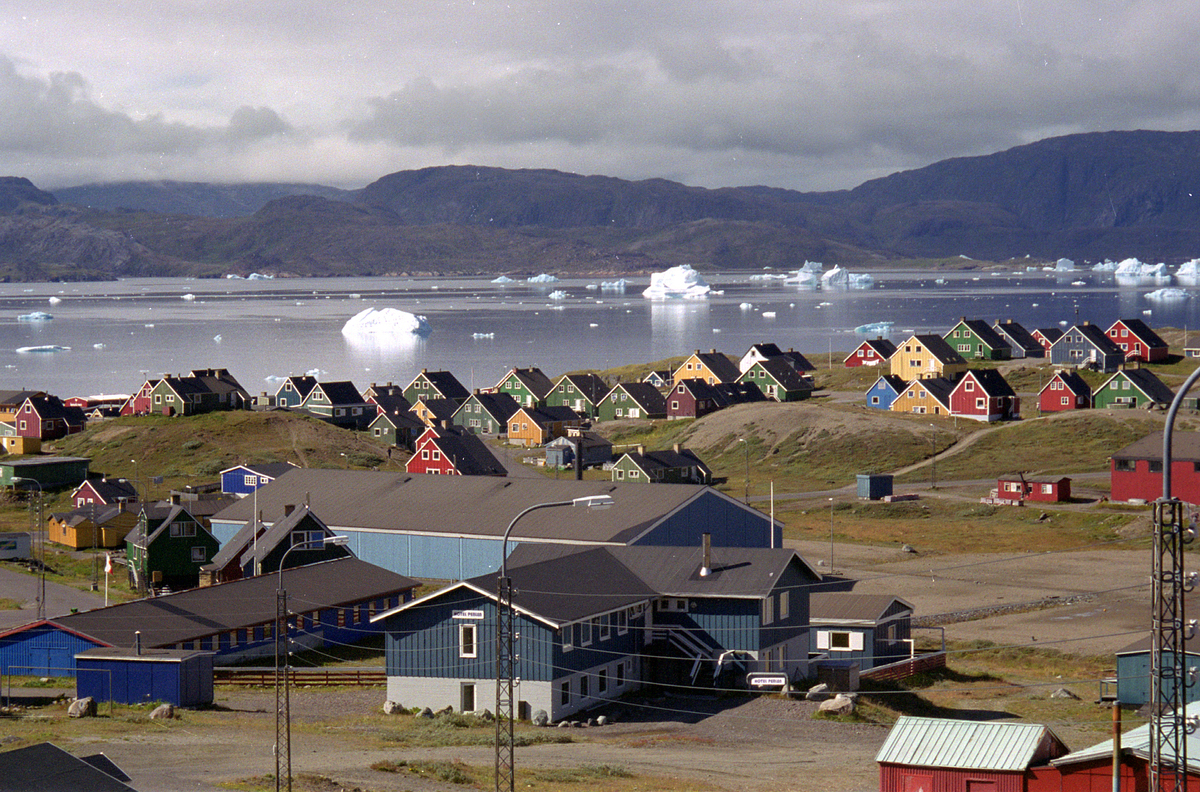 Greenland, a Danish territory, has strategic value in terms of military activity and natural resources, said a member of Denmark’s parliament.

President Trump may have been joking about wanting to buy Greenland, if he said it, but officials there want him to know: The island isn’t for sale.

Aaja Chemnitz Larsen, a Greenlandic politician, told Here Now that she was “not surprised” by media reports that the U.S. president was interested in purchasing the massive, ice-covered island.

“It sounds a little bit like a joke because Greenland is not for sale,” she said.

An autonomous Danish territory, the island straddles the Arctic and North Atlantic oceans and bridges North America and Europe.

It also has strategic value in terms of military activity and natural resources, said Larsen, a member of the Danish parliament. “There’s a lot of focus on the Arctic both because of climate change, but also because of the international trade war,” she says.

Her remarks followed a slew of reactions from leaders and institutions at the prospect of Trump wanting to acquire Greenland.

“It must be an April Fool’s Joke … but totally out of season!” tweeted Lars Løkke Rasmussen, Denmark’s former prime minister.

Greenland’s Ministry of Foreign Affairs reminded Trump of its autonomy: Greenland “is rich in valuable resources such as minerals, the purest water and ice, fish stocks, seafood, renewable energy and is a new frontier for adventure tourism,” the ministry tweeted. “We’re open for business, not for sale.”

The island’s official government website saw the reports as an “expression of greater interest in investing in our country and the possibilities we offer.” The government said it was limiting comments because the news was unofficial.

The Wall Street Journal, citing unnamed sources, first reported on Thursday that Trump had repeatedly considered buying Greenland — with “varying degrees of seriousness” — after being told that Denmark was having trouble subsidizing it.

One person around Trump reportedly said that he was joking to show his wealth. But the idea still set off discussions about whether Washington could use Greenland to strengthen the U.S. military presence in the Arctic, according to the newspaper.

Larsen told NPR that Denmark was not struggling to financially support Greenland. “No, I haven’t heard that,” she said. But, she added, “we would like to have collaboration between Greenland and the U.S. when it comes to tourism, when it comes to extractive industries and lots of other things.”

Some Republicans defended Trump and the possibility of Greenland joining the United States. Rep. Mike Gallagher, R-Wis., said it wasn’t as crazy as headlines made it seem. He called the idea “a smart geopolitical move.”

As talk of Trump and Greenland dominated social media Friday, some wondered whether his career as a real estate developer had informed the deliberations.

But the United States has set its sights on Greenland in the past. The State Department commissioned a report in the 1860s that outlined why the island would make a good investment. In 1946, the Truman administration sought to pay Denmark $100 million for the island.

More recently, the Arctic has become a focal point for U.S. national security concerns, as Russia and China have increased their military activity in the region. A 2018 report by the Government Accountability Office found that natural resources such as gas and minerals have become more accessible as ice melts, prompting geopolitical tensions.

Denmark shot down a Chinese offer to buy an abandoned naval base on Greenland in 2016. Other attempts by China to gain military footing on the island, by bankrolling airports, were foiled by the Pentagon.

Washington and Greenland have a cooperative relationship. The U.S. armed forces’ northernmost installation is located in Greenland, some 750 miles north of the Arctic Circle. Thule Air Base has a network of sensors that provide missile warning and space surveillance for the United States.