Former Colorado Gov. John Hickenlooper speaks during a forum in Miami in June. 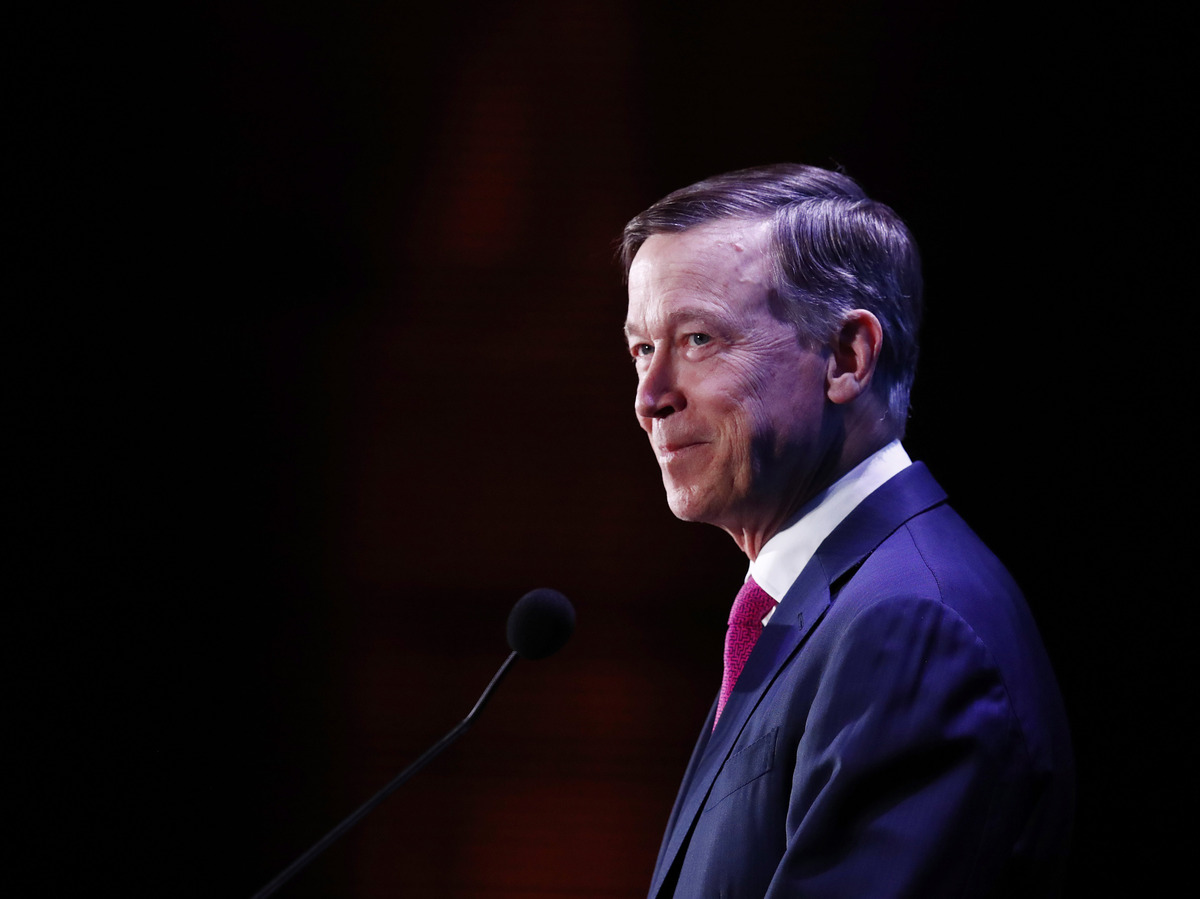 Former Colorado Gov. John Hickenlooper speaks during a forum in Miami in June.

“Today, I’m ending my campaign for president. But I will never stop believing that America can only move forward when we work together,” Hickenlooper tweeted.

He had been urged to run for Senate in Colorado, challenging Sen. Cory Gardner. In a video attached to his tweet, he said he would give that “serious thought” but made no announcement.

As a presidential candidate, Hickenlooper had painted himself as a relative centrist in the crowded, mostly progressive presidential field of more than 20 candidates. But he wasn’t able to gain much traction. He had not met the polling or fundraising requirements to participate in the September debate.

Earlier Thursday, former Texas Rep. Beto O’Rourke recast his campaign as one that will more forcefully take on President Trump.

O’Rourke, who has qualified for the September debate, has also struggled and is now relaunching his campaign for the second time. After taking some time off from the campaign trail after a mass shooting in his hometown of El Paso killed 22 people, O’Rourke now says the renewed focus of his campaign will be about “taking the fight to Donald Trump.” O’Rourke called the president “the greatest threat to this country, bar none.”

Democratic presidential candidate former Rep. Beto O’Rourke of Texas relaunches his campaign from his hometown of El Paso after a mass shooting that killed nearly two dozen people there. 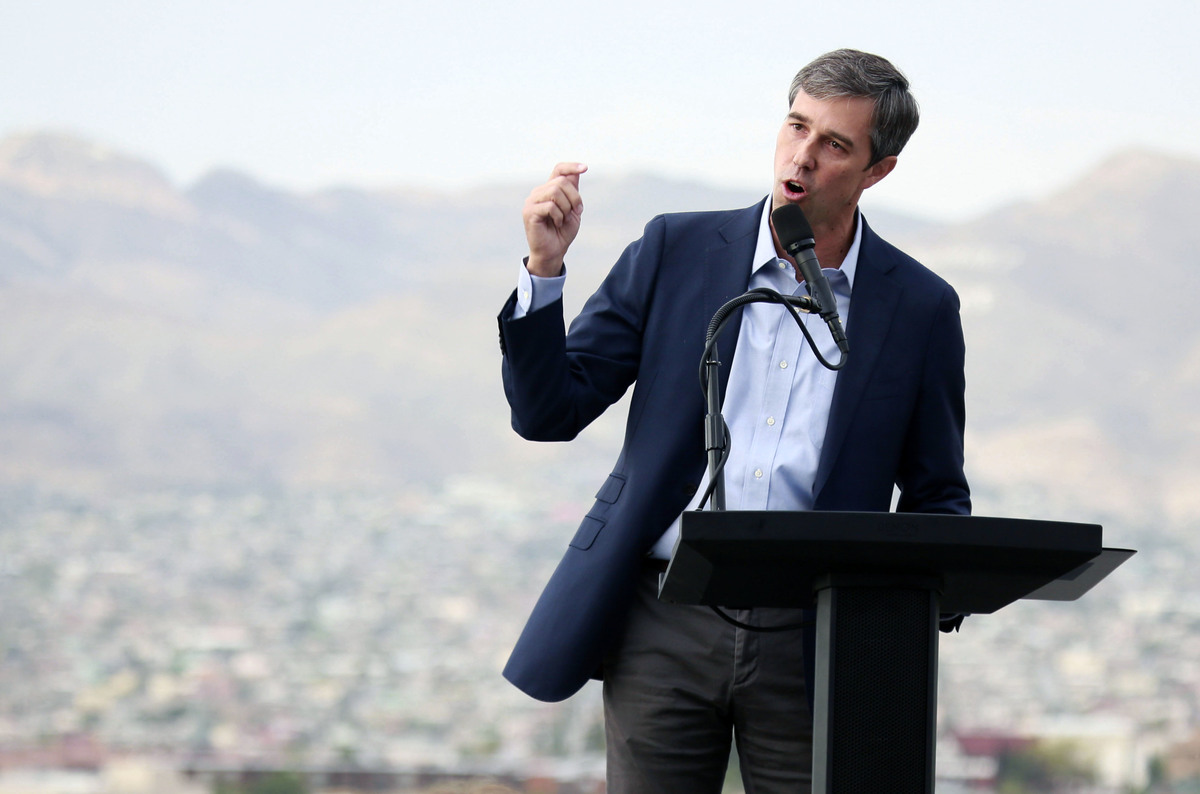 Democratic presidential candidate former Rep. Beto O’Rourke of Texas relaunches his campaign from his hometown of El Paso after a mass shooting that killed nearly two dozen people there.

Speaking from a rooftop overlooking El Paso, O’Rourke said, “I don’t know that I’ve been doing a good enough job to match that threat with the urgency and the honesty and the clarity that it deserves.”

The Houston Chronicle wrote an editorial earlier this week urging O’Rourke to drop out of the presidential race and return to Texas to challenge incumbent Republican Sen. John Cornyn.

But O’Rourke never entertained that idea, said Lauren Hitt, O’Rourke’s national director of rapid response. Hitt called the editorial “frustrating” and said O’Rourke “has no intent” of dropping out.

What’s more, the “honest reality is it’s really hard for Beto or anyone else to take back the Senate [seat] if Trump wins by 9 points in Texas again.”

“No Democrat — Jesus reincarnated is not going to win Texas with Trump at the top of the ballot in Texas” and if Trump were to win by 9 again.

It’s just too big of a swing needed, Hitt pointed out. O’Rourke, she said, believes the best way to beat Trump in Texas, of course, is for him to be at the top of the ticket.

Saying goodbye to a ‘pragmatic’ candidate

On the debate stage in July, Hickenlooper spoke less than any other candidate on the first night of that round, but he tried to position himself as a foil to the progressive front-runners, especially Sens. Bernie Sanders and Elizabeth Warren.

“Now, I share their progressive values, but I’m a little more pragmatic,” he said. He added that he doesn’t think “massive government expansions” are a good idea and argued that being moderate is the sure way to beat Trump in states he won in 2016.

Drawing lines between progressives on stage, Hickenlooper did not support Medicare for All and called the proposed Green New Deal, which would aggressively address climate change, a “disaster at the ballot box.”

It’s so risky, he argued, that Democrats who support it “might as well FedEx the election to Donald Trump.” A former petroleum geologist, he has been a strong supporter of Colorado’s gas and oil industry.

In June, he was booed by California Democrats for saying, “If we want to beat Donald Trump and achieve big, progressive goals, socialism is not the answer.”

Speaking to NPR in February, he said Democrats would also need more than deep anger at Trump to win in 2020. “I think there might be a kind of a new silent majority,” he said, “of people that are also going to want to see achievement.”

Some leading Democrats, including New York Sen. Chuck Schumer, urged Hickenlooper to forgo a presidential bid and instead run against Republican Gardner of Colorado, who is considered one of the top targets of Democrats working to regain control of the Senate.

Recent polls showed Hickenlooper ahead of Gardner. Even as he was still campaigning for president, one of his aides said the former governor was not foreclosing a run for the Senate.

Hickenlooper is also a former mayor of Denver and a successful beer brewer. When he announced his bid in March, he touted growing the state’s economy, expanding Medicaid and enacting gun restrictions in his two terms as Colorado’s governor.

“Standing tall when it matters,” he said, “is one of the things that really drives me.”