Court To Rule On Sex Reassignment Surgery For Idaho Inmate

A corrections officer walks the grounds of the Idaho State Correctional Institution south of Boise where Adree Edmo was incarcerated. 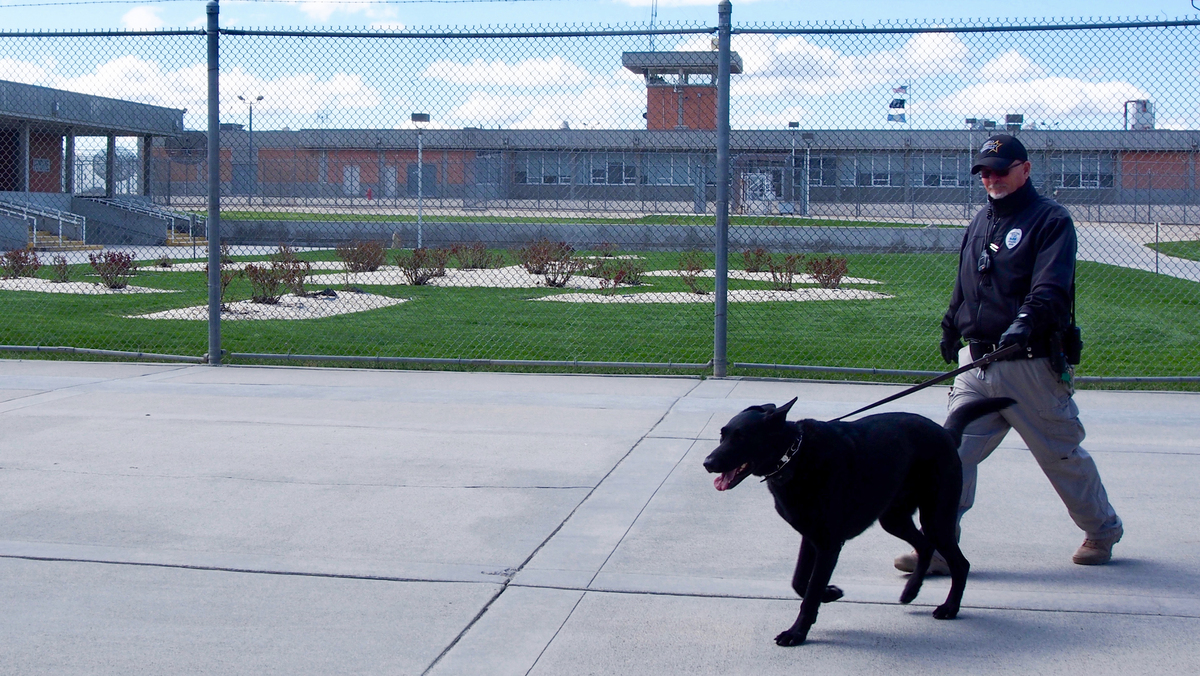 A corrections officer walks the grounds of the Idaho State Correctional Institution south of Boise where Adree Edmo was incarcerated.

On a late afternoon in September 2015, a 27-year-old transgender inmate named Adree Edmo wrote a note in her cinder block prison cell at the Idaho State Correctional Institution.

She insisted that what she was about to do was not an attempt at suicide.

The note read, “I do not want to die, but I am a woman, and women do not have these.” She then scrubbed her hands with hot water and soap, broke open a disposable razor blade and boiled it to disinfect it.

Edmo then attempted to castrate herself.

Edmo didn’t succeed, but she would go on to try again.

These attempts are central to Edmo’s lawsuit against the state of Idaho and Corizon Inc., the prison’s private health care contractor. Her attorneys argue these are desperate acts that prove Edmo isn’t getting the medical care she needs.

Federal District Judge B. Lynn Winmill ruled in Edmo’s favor last December and ordered the prison to provide the surgery within six months. But the state appealed, and the case is now being heard by the 9th Circuit Court of Appeals.

If Edmo wins her case, she’d become the first inmate to get gender confirmation surgery — also known as sex reassignment surgery — through court order, and it could open doors for others.

The legal arguments in the case are, on the surface, straightforward: Edmo’s lawyers contend that gender confirmation surgery is vital, life-saving treatment and denying her that care constitutes cruel and unusual punishment.

The state contends the surgery is not medically necessary and that Edmo does not meet criteria for the procedure.

But those arguments are just one strand in a web of complicated issues this case touches on: conceptions of gender, transgender rights and the rights of prisoners.

The 31-year-old plaintiff, Adree Edmo, is serving a 3- to 10-year sentence for sexually abusing a 15-year-old boy when she was 22. 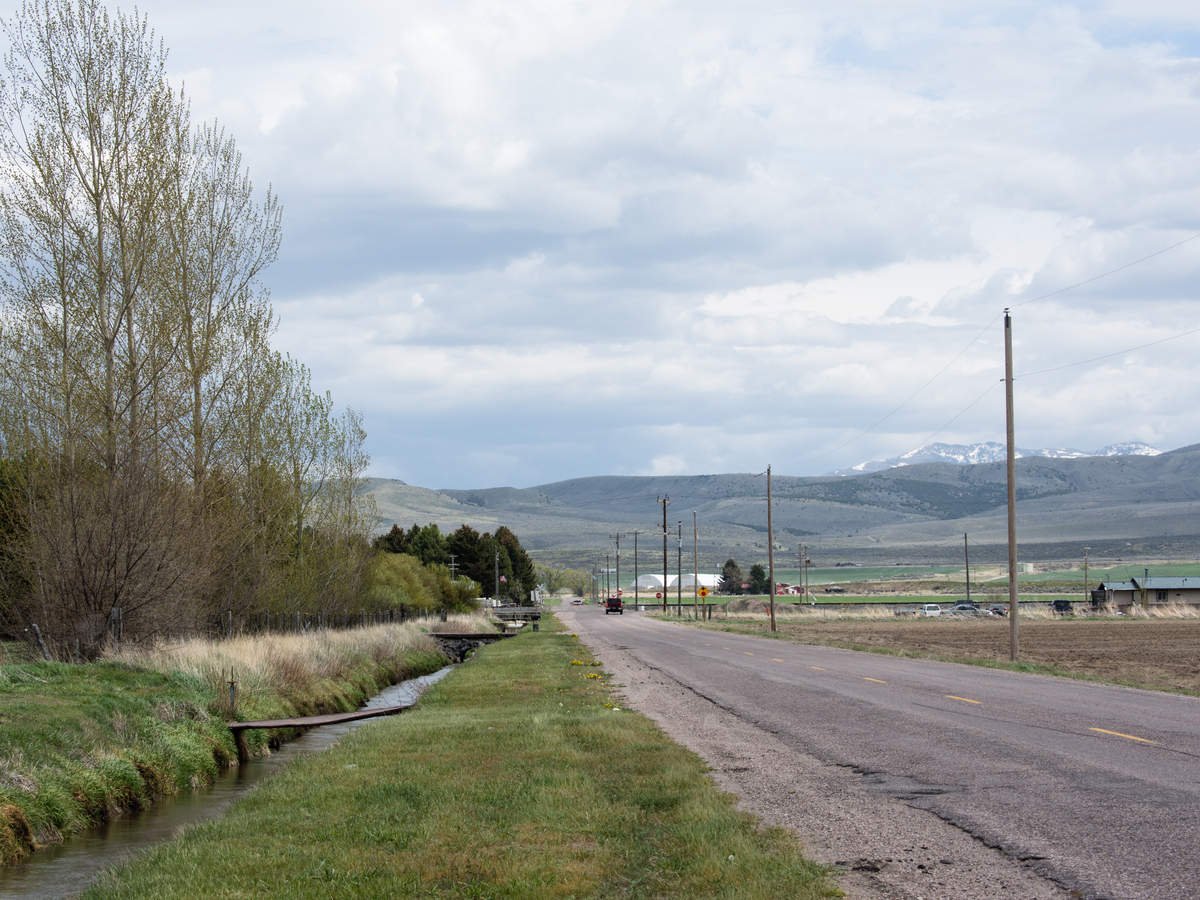 Edmo is a member of the Shoshone-Bannock Tribes and grew up on the Fort Hall Indian Reservation in rural eastern Idaho. She was listed male on her birth certificate. But, in a court declaration, she described feeling like a girl from the age of 5.

Court documents and records from Edmo’s 2012 sentencing hearing paint a picture of a childhood environment that included domestic abuse and alcoholism.

In the court records, Edmo states she struggled with her identity as a young adult and abused alcohol. She was convicted of driving under the influence and felony fraud, for writing checks on a bank account that she’d closed.

In June 2011, according to police reports, at a house party where alcohol was consumed, Edmo sexually assaulted a 15-year-old boy who was asleep on a couch. The victim woke up and pushed Edmo off. She pleaded guilty to sexual abuse of a minor under 16.

A prison sentence and a diagnosis of gender dysphoria

Shortly after Edmo was incarcerated, she was diagnosed with gender dysphoria, which describes the discontent someone experiences when their gender identity doesn’t align with the sex they were assigned at birth.

Not every transgender person experiences gender dysphoria, but for those who do, there’s a range of treatment options. For some people, it’s enough to change their name and dress in their desired gender. Hormone therapy allows transgender women to grow breasts and curves and allows transgender men to grow facial hair. Some people get voice coaching. But for some, gender dysphoria is so severe that sex reassignment surgery is medically necessary.

Edmo began hormone treatment in prison after her diagnosis. Over the next several years, she requested electrolysis hair removal, female underwear and access to commissary items like makeup. Most of her requests for care were denied.

Gender dysphoria is a medical condition just like cancer. If somebody requires surgery or chemotherapy or radiation to shrink their tumor, that is what we give them.

“It is extremely depressing and frustrating to be consistently denied access to the medical treatments that I need,” Edmo wrote in a court declaration.

Edmo attempted suicide in 2014. A year later she first tried to castrate herself. A year after that, she tried again.

Idaho houses prisoners according to their genitalia, which means trans women like Adree Edmo live in all-male facilities.

There are between 60 and 70 transgender inmates currently incarcerated by the Idaho Department of Corrections, and 40 are diagnosed with gender dysphoria.

Wally Campbell, chief psychologist for IDOC, couldn’t speak about Edmo’s case, citing state policy not to comment on pending litigation. But speaking more generally about treating gender dysphoria, he says there are “wrinkles of complexity” in how inmates perceive gender, masculinity and femininity when they’re behind bars. “Those are things I feel like we really need to kind of untangle before we start doing medical interventions,” Campbell says.

Campbell says people with gender dysphoria can also have conditions such as depression and anxiety. He says one of his challenges is untangling the source of an inmate’s dysphoria. He says gender confirmation surgery would only be something he’d consider after he could be sure other treatments were insufficient.

“If we’re talking about a really medically significant and irreversible intervention, I want to feel very confident we are going to treat what we’re setting out to treat,” Campbell said. “And when we have all these other complicating factors, I feel very reluctant to endorse or encourage gender-confirming surgery.”

IDOC says it follows the standard of care laid out by the World Professional Association for Transgender Health, but it argues Edmo doesn’t meet all of the criteria for gender confirmation surgery — including that a patient must live full-time in their desired gender for a year before surgery and that their mental health concerns must be well-controlled. The state points to the fact that Edmo struggles with depression and suicidal thoughts.

Edmo’s Boise-based attorney Deborah Ferguson counters, “Those other mental health conditions of depression and anxiety are intertwined very much with their failure to adequately treat her gender dysphoria.”

In ruling against the state in the lower court, the judge indicated that the state’s witnesses lacked credibility and said their opinion that Edmo does not meet criteria for surgery held “virtually no weight.” If Edmo doesn’t get the surgery, he wrote in his order, she’s at risk for another self-castration attempt, or suicide.

But aside from proving that Edmo’s surgery is medically necessary, the plaintiff must also demonstrate that prison officials were being “deliberately indifferent” to her medical needs. The Supreme Court has ruled that’s a violation of the 8th Amendment that protects against cruel and unusual punishment.

Edmo’s attorney lead attorney, Lori Rifkin, argues the 8th Amendment makes it clear that prisons must provide medical care: “Gender dysphoria is a medical condition just like cancer. If somebody requires surgery or chemotherapy or radiation to shrink their tumor, that is what we give them.”

Courtney Joslin, a law professor at University of California, Davis who specializes in constitutional law and LGBTQ issues, says she believes Adree Edmo’s case says she wouldn’t be surprised if the 9th Circuit agrees with the lower ruling.

“The trial court found that Ms. Edmo is suffering greatly as a result of the prison’s failure to provide her with care that the experts have found is medically necessary for her, and that is indeed exactly what the Constitution prohibits,” Joslin says.

[I]t cannot be cruel and unusual to deny treatment that no other prison has ever provided.

If Edmo wins in the 9th Circuit, not only would she become the first transgender inmate in the nation to get gender confirmation surgery through a court order.

And the issue could eventually be headed to the Supreme Court. In two similar cases in the 5th and the 1st circuits, courts ruled against inmates requesting gender confirmation surgery. In a split 5th Circuit decision, Judge James Ho wrote, “… it cannot be cruel and unusual to deny treatment that no other prison has ever provided.”

Ahead of public opinion?

Walter Olson, senior fellow at libertarian think tank the Cato Institute, says if the judges do rule in Edmo’s favor, that opinion may be ahead of public views about gender confirmation surgery. “The standard of cruel and unusual punishment is kind of hitched inherently to public opinion,” says Olson. “If the courts allow themselves to get too far astray from where public opinion is on these things, the public winds up one way or another discontented with the outcome.”

Appealing the case was one of Idaho Gov. Brad Little’s first official acts when he took office. “The hard working taxpayers of Idaho should not be forced to pay for a prisoner’s gender reassignment surgery when individual insurance plans won’t even cover it,” Gov. Little said. “We cannot divert critical public dollars away from our focus on keeping the public safe and rehabilitating offenders.”

Technically, the state would not be “diverting dollars” to cover Edmo’s surgery — it would be paid for under the state’s umbrella contract with Corizon.

But Gov. Little’s appeal of the case was not about the price tag for a single gender confirmation surgery, which can range from about $20,000 to $30,000. In fact, the cost for the state in fighting the case will be much higher. The state paid a single expert witness more than $60,000 to assess Edmo before the U.S. District Court hearings in Idaho.

“Allowing this case to sit there, I was afraid that it would lower the bar for what the state of Idaho had to pay for,” says Little.

Judge Winmill’s order for the surgery was specific to Edmo and her medical needs. But if she wins her case, it could set precedent for inmates who have a strong case that surgery is medically necessary.

Judge Winmill ordered the surgery to take place by mid-June, but the 9th Circuit stayed that order until it makes its decision. The case has been expedited, which may mean the judges will try to rule before that deadline.

“I know that gender confirmation surgery is not a fix-all. It’s not a magic operation,” she said during the lower court hearing. “I’m still going to face the same stressors that we all face in everyday life, you know, medical, family, relationship issues. I just know that after having gotten the surgery, it’s going to put me at a level a lot better to handle those types of situations than I am now.”

This story was produced by the Mountain West News Bureau, a collaboration between Wyoming Public Media, Boise State Public Radio in Idaho, KUER in Salt Lake City and KRCC and KUNC in Colorado. James Dawson contributed to this report.

You can hear more about this story by subscribing to LOCKED: a podcast from Boise State Public Radio and the Mountain West News Bureau.