New York City Mayor Bill de Blasio has announced his candidacy for the Democratic nomination for president in 2020. 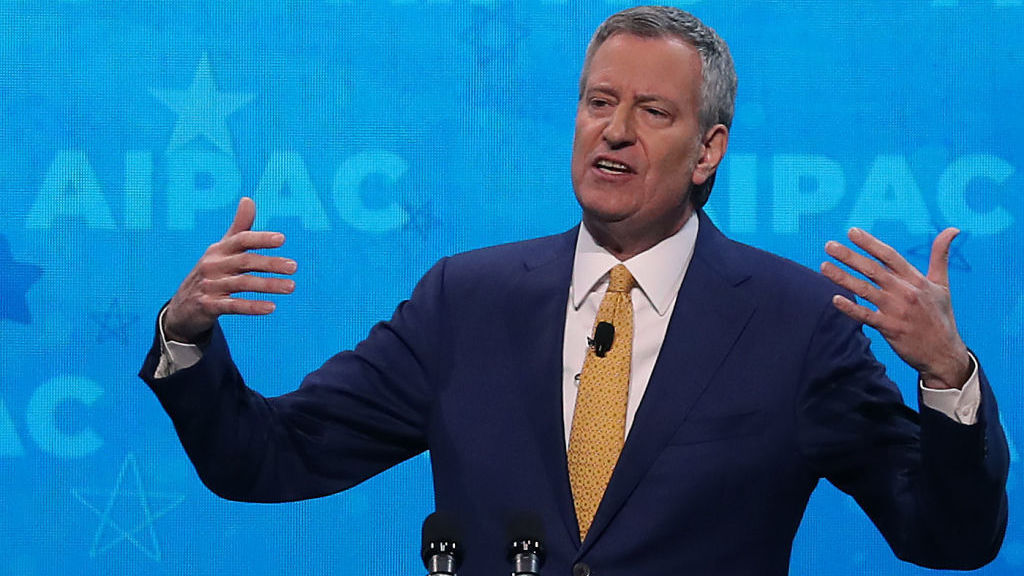 New York City Mayor Bill de Blasio has announced his candidacy for the Democratic nomination for president in 2020.

The mayor of America’s biggest city, New York’s Bill de Blasio, is jumping into a presidential race where an expansive Democratic field includes the man running a city about 99% smaller.

The second-term mayor announced Thursday that he is running for the White House. He has spent time traveling to early primary states, hinting at a possible run before becoming the 23rd Democrat to declare a candidacy. But the progressive de Blasio could still find it hard to stand out in such a crowded race, and many top Democrats and onetime allies have cautioned him against such a bid.

The risk may not seem so daunting, however, given that Mayor Pete Buttigieg of South Bend, Ind. — a city with 1% of New York City’s population — has gotten visibility, alongside national figures like former Vice President Joe Biden, senators including Bernie Sanders and Kamala Harris, and others.

Rebecca Katz, a former de Blasio aide, told a New York City podcast in February that while she thinks his message is “100%” right, “I’m just not so sure he’s the right messenger.” Politico talked to others who were far more frank on background, calling a presidential campaign “idiotic” and “insane.” And even as his own wife, Chirlane McCray, said her husband would “be a great president,” she admitted that “the timing is not exactly right.” A week later McCray tried to walk that back.

Even in his hometown there is little enthusiasm for a de Blasio campaign. An early April Quinnipiac University poll found that three-quarters of New York City voters don’t want the mayor to run for president; just under half think his campaign would be bad for the city, including 43% of Democrats who express such concerns.

De Blasio has argued he has been counted down and out in his political campaigns before, only to succeed. He told The New York Times at the beginning of the year, “I have spent a lot of time in dead last in many a poll in many a race. … It’s not where you start. It’s where you end.”

That was true for his ascension to Gracie Mansion. When he ran for the mayor’s office in 2013, the then-New York City public advocate was at the back of the Democratic pack. But as other candidates faded or imploded, de Blasio began to gain traction, and his progressive positions earned him support from activists and celebrities. De Blasio served on the City Council before being elected public advocate in 2009.

The New York mayor’s progressive platform helped him win in the first place, and since then he has lamented that he doesn’t get enough credit for his achievements, including decreasing arrests in the city. He faced backlash over the decision for one of the new Amazon headquarters to locate in Queens, as well as the reversal of that decision, and he has gotten backlash over the city’s transit system.

Earlier this week, inside Trump Tower, de Blasio unveiled his own version of a Green New Deal for New York City, attracting pro-Trump protesters who distracted from the event.

Prior to running for office himself, de Blasio was a political aide. He served as campaign manager for Hillary Clinton’s successful Senate bid in 2000, but the relationship between them has become icy over the past two decades. He was slow to endorse her 2016 presidential bid, and after originally being sworn in by former President Bill Clinton, last year de Blasio chose Vermont Sen. Bernie Sanders, Hillary Clinton’s 2016 primary rival, to swear him in for a second term.

Now, de Blasio has joined a race that includes Sanders as a leading candidate.