In a landmark first for Asia, Taiwan has legalized same-sex marriage. Supporters celebrate the bill’s passage outside parliament in Taipei on Friday. 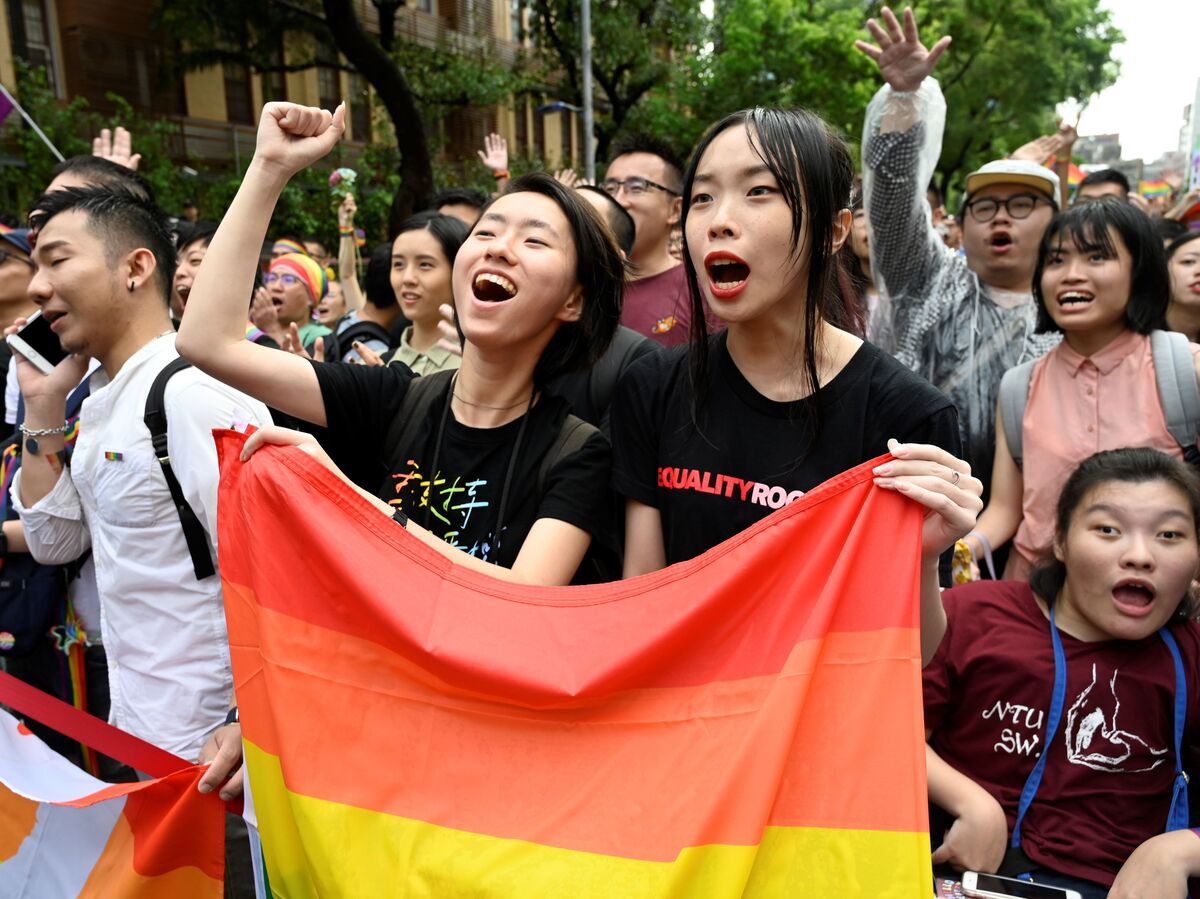 In a landmark first for Asia, Taiwan has legalized same-sex marriage. Supporters celebrate the bill’s passage outside parliament in Taipei on Friday.

Taiwan’s parliament approved a bill on Friday that legalizes same-sex marriage, making it the first place in Asia to do so. Hundreds of supporters who gathered outside parliament cheered and embraced at the news.

The island’s Constitutional Court ruled in 2017 that Taiwanese laws prohibiting same-sex couples from marrying violated their personal freedom and equal protection – and gave the government two years to come up with a legal framework to comply with the decision.

Parliament considered three different bills before passing the most progressive among them 66-27, the BBC reports, supported by the majority Democratic Progressive Party. It was the only of the proposed bills to use the word “marriage” to define the same-sex relationship, rather than terms such as “same-sex union.”

After it passed, she posted another message: “On May 17th, 2019 in Taiwan, #LoveWon. We took a big step towards true equality, and made Taiwan a better country.” The bill takes effect after Tsai signs it into law.

It’s not yet clear what the law will mean for rights such as adoption and cross-national marriages, topics that will be part of continuing parliamentary discussion on Friday, according to Reuters. But the vote establishes full legal marriage rights in terms of insurance, taxes and child custody, The Associated Press reports.

While China, with a more conservative take on traditional values, still claims Taiwan as its territory, though the island nation is a self-governing democracy that has promoted civil rights for sexual and ethnic minorities, women, the disabled and others.

The capital city Taipei is home to East Asia’s largest gay pride parade – an event that regularly draws tens of thousands of participants.

But gay marriage is divisive in Taiwan. The court’s 2017 ruling sparked a public backlash, putting pressure on the government to hold a referendum on whether the people approved of gay marriage. When the referendum was held last November, voters indicated they overwhelmingly opposed it.

The public’s disapproval could spell trouble for Tsai’s bid for re-election in January.

“How can we ignore the result of the referendums, which demonstrated the will of the people?” said John Wu, a lawmaker from the opposition Kuomintang party, according to Reuters. “Can we find an appropriate compromise solution? We need more dialogue in society.”

“Hurrah!” tweeted Phil Robertson, Deputy Asia Director at Human Rights Watch. “Taiwan leads the way in Asia on LGBT rights, cementing its laudable record as an increasingly progressive, rights respecting government amid growing authoritarianism and rights abuses in other countries throughout the region. Kudos to activists for this victory!”