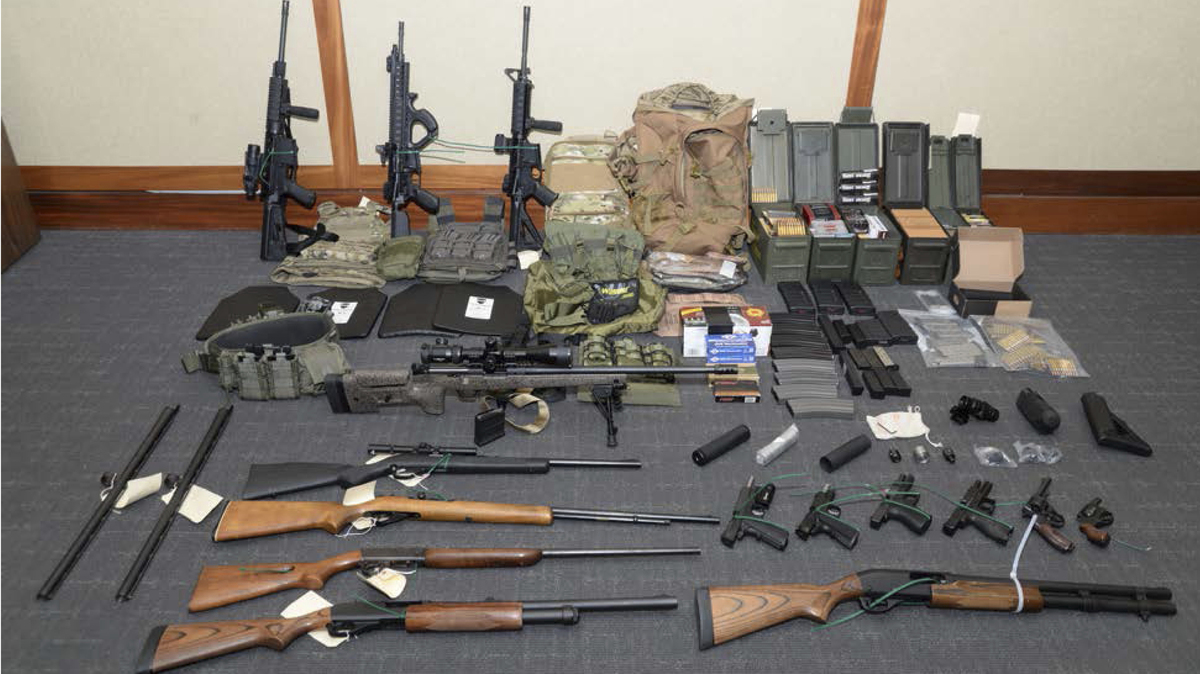 A Coast Guard officer, said by prosecutors to be a white nationalist who hatched a plan carry out a hits on well-known media personalities and politicians, including some 2020 presidential candidates, appeared in a federal court Thursday in Maryland. He pleaded guilty to four federal gun and drug charges, and faces up to 31 years in prison.

According to court documents, Lt. Christopher Hasson advocated for the establishment of a “white homeland” in emails with a known Neo-Nazi leader. Prosecutors said Hasson intended “to murder innocent civilians on a scale rarely seen in this country.”

When authorities arrested Hasson in February, they confiscated 15 firearms, at least 1,000 rounds of ammunition, and several bottles of Tramadol, an opioid painkiller.

During the raid, officials also discovered a spreadsheet on Hasson’s computer with the names of prominent politicians, such as Sens. Elizabeth Warren, D-Mass., Cory Booker, D-N.J., Kamala Harris, D-Calif., as well as television personalities, including MSNBC host Joe Scarborough, and CNN’s Don Lemon.

Prosecutors said Hasson took inspiration from Anders Breivik, a Norweigan right-wing extremist who killed 77 people in 2011. Breivik released a detailed manifesto the day of his bombing and shooting spree.

“From early 2017 through the date of his arrest, [Hasson] routinely perused portions of the Breivik manifesto that instruct a prospective assailant to amass appropriate firearms, food, disguises, and survival supplies,” court documents said.

Hasson’s defense said in a statement sent to NPR that any accusation that he was plotting violence is wrong.

“Mr. Hasson was not plotting a terrorist attack or any of the abhorrent acts that the prosecution has repeatedly speculated about but never actually charged,” said Liz Oyer, an assistant federal public defender. “Mr. Hasson is a peaceful, loving family man.”

His sentencing is scheduled for Jan. 31.