All Boeing 737 Max aircraft are grounded while the manufacturer fixes a deadly defect in their flight control system. These Southwest Airlines planes were parked in Victorville, Calif., in March. 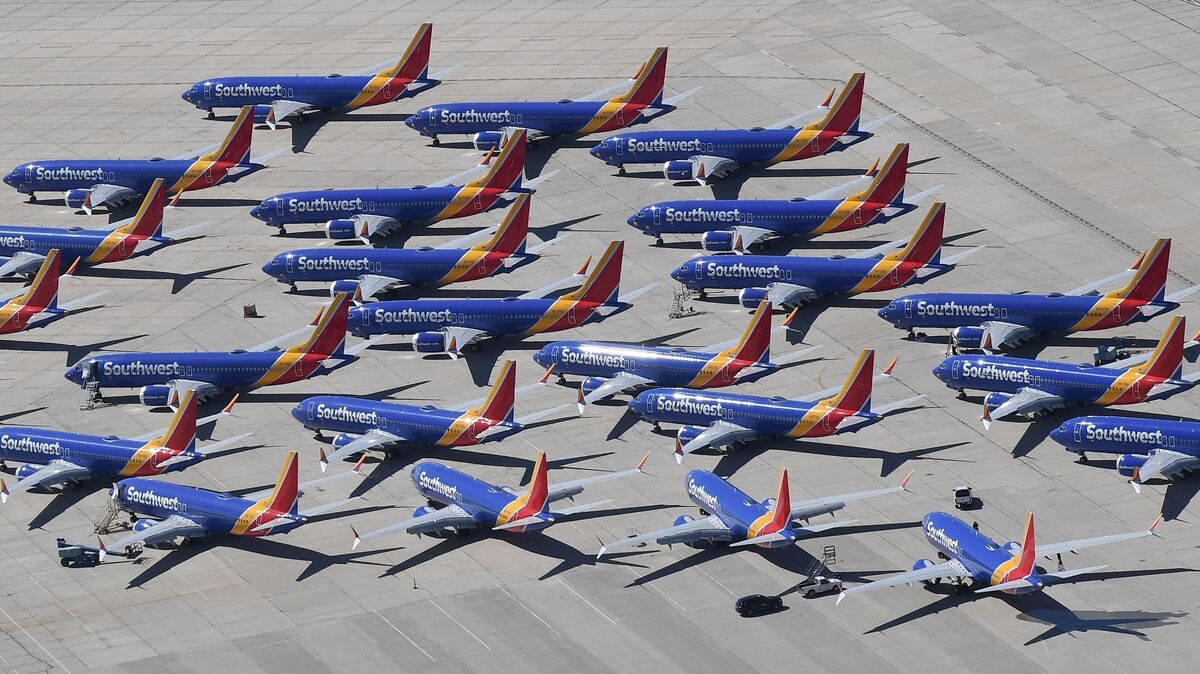 All Boeing 737 Max aircraft are grounded while the manufacturer fixes a deadly defect in their flight control system. These Southwest Airlines planes were parked in Victorville, Calif., in March.

New evidence indicates that Boeing pilots knew about “egregious” problems with the 737 Max airplane three years ago, but federal regulators were not told about them.

Investigators say the plane’s new flight control system, called MCAS, is at least partially to blame for 737 Max crashes in Indonesia in 2018 and Ethiopia this year that killed 346 people. Acting on data from a single, faulty angle-of-attack sensor, MCAS repeatedly forced both planes into nose dives as the pilots struggled, but failed to regain control.

The pilots in the Lion Air plane that crashed in Indonesia last October did not know MCAS existed, as Boeing did not disclose any information about it in pilot manuals or in training material.

A mourner looks at pictures of four Kenyan victims of the crash of the Ethiopian Airlines Boeing 737 Max whose remains were returned from Ethiopia this week. 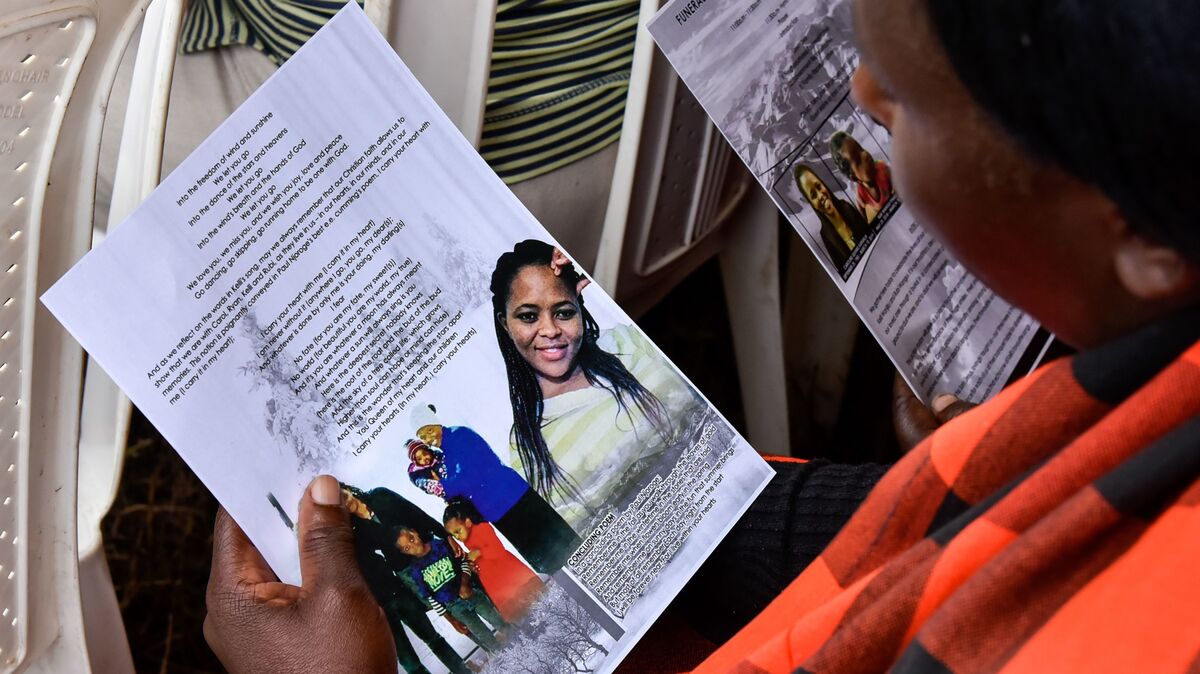 A mourner looks at pictures of four Kenyan victims of the crash of the Ethiopian Airlines Boeing 737 Max whose remains were returned from Ethiopia this week.

Newly revealed instant messages sent between Boeing’s then-chief technical pilot for the 737, Mark Forkner, and another technical pilot, Patrik Gustavsson, in November of 2016, indicate that Forkner experienced similar problems with MCAS during a test session in a flight simulator.

In a transcript obtained by NPR, Forkner writes that “there are still some real fundamental issues” with the system that he says Boeing engineers and test pilots “claim that they are aware of.”

As the two pilots banter back and forth in the messages, Forkner says the system is “running rampant in the sim on me,” then adding, “I’m leveling off at like 4000 ft, 230 knots and the plane is trimming itself like crazy.”

Forkner calls the problem “egregious” and writes that he had “basically lied to the regulators (unknowingly)” before experiencing the glitch, when he had told the FAA that MCAS was safe and did not need to be included in pilot manuals.

“If you read the whole chat, it is obvious that there was no ‘lie,’ ” Forkner’s lawyer David Gerger told news services by email on Friday. “The simulator was not reading right and had to be fixed to fly like the real plane. Mark’s career — at Air Force, at FAA, and at Boeing — was about safety. And based on everything he knew, he absolutely thought this plane was safe.”

Neither Forkner nor his lawyer has responded to NPR requests for comment.

“I’m outraged,” says House Transportation Committee Chairman Peter DeFazio, D-Ore., who is leading a congressional investigation into how the 737 Max was developed and certified by the FAA. He sharply criticized Boeing for turning over thousands of pages of other documents related to the plane’s design and certification process to the committee but not this one, even though the company acknowledges it discovered it in June.

“Somehow they saw fit, even though they’ve had it four months, not to provide us this document, which in my mind is the smoking gun,” DeFazio told NPR.

Boeing turned over the instant message exchange and other documents to the FAA Thursday night.

In a statement, the FAA says it “finds the substance of the document concerning” and the agency is considering how to respond.

FAA Administrator Stephen Dickson also wrote a terse letter to Boeing CEO Dennis Muilenburg, demanding to know why the company delayed several months before telling the FAA about the messages.

“I expect your explanation immediately regarding the content of this document and Boeing’s delay in disclosing the document to its safety regulator,” Dickson wrote.

In a statement late Friday afternoon, Boeing says Muilenburg called Dickson “to respond to the concerns raised in his letter” and assure “the Administrator that we are taking every step possible to safely return the MAX to service.”

Boeing had previously disclosed the IM exchange to the Justice Department, which is investigating whether Boeing or any employees acted criminally in designing the 737 Max and in failing to disclose information about the MCAS system.

Muilenburg is scheduled to testify before a Senate committee looking into the 737 Max crashes Oct. 29 and before DeFazio’s House Transportation committee Oct. 30.

Pilot Forkner has since left Boeing and now works for Boeing’s biggest 737 Max customers, Southwest Airlines. The Seattle Times reported in September that when subpoened by Justice Department investigators for documents pertaining to the development of the Max, Forkner repeatedly invoked his Fifth Amendment right and refused to turn anything over.

Southwest said in a statement cited by Reuters that it had been unaware of the messages. A Southwest Pilots Association statement said the document is “more evidence that Boeing misled pilots, government regulators and other aviation experts about the safety of the 737 MAX.”

But DeFazio worries Boeing may be hanging Forkner out to dry in order to deflect blame from others within the company.

“I don’t believe he was a lone wolf,” DeFazio says of Forkner. “I think the pressure started at the top.”

He says evidence already uncovered by his investigative committee points to a “systemic failure” inside Boeing as management ramped up pressure to develop and manufacture the 737 Max quickly in order to maximize profits.

“This goes far beyond one individual. This was cultural,” DeFazio says, adding “This is what was formerly a company of incredible integrity making great products, and they can get back to that, but they gotta clean house.”