Peter Navarro, White House director of trade and manufacturing policy, has admitted quoting a fictional character in several of his nonfiction books. 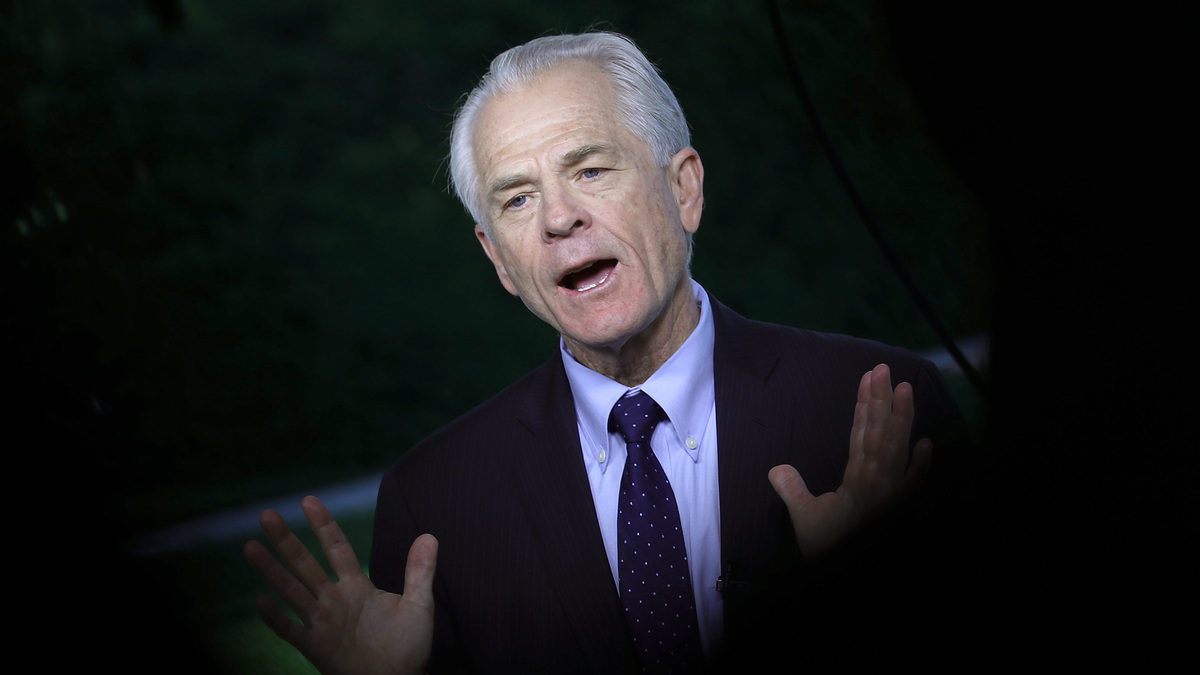 Peter Navarro, White House director of trade and manufacturing policy, has admitted quoting a fictional character in several of his nonfiction books.

A publishing company plans to add an advisory note to future copies of a book written by White House adviser Peter Navarro, after it was revealed that Navarro fabricated one of the people he quoted.

“Only the Chinese can turn a leather sofa into an acid bath, a baby crib into a lethal weapon, and a cellphone battery into heart-piercing shrapnel,” Vara is quoted as saying.

But while the book is not supposed to be fiction, Vara is a made-up character.

“Ron Vara is an anagram of Navarro,” said Tom Bartlett, a journalist who exposed the ruse in the Chronicle of Higher Education.

Vara appears in half a dozen of Navarro’s books, dating to 2001.

Navarro, who directs the White House Office of Trade and Manufacturing Policy, defended the fabrication as a “whimsical device.”

“At no time was the character used improperly as a fact source,” he wrote in an email. “It’s just a fun device.”

Bartlett grew curious about Vara after being alerted to the character by Tessa Morris-Suzuki, a professor emeritus at the Australian National University.

“She’s an Asia scholar and was working on an essay about the rather heated rhetoric of Peter Navarro towards China,” Bartlett said.

While Vara is described in one of the books as a doctoral student at Harvard — as Navarro himself had been — the school had no record of him.

Eventually Greg Autry, who co-authored Death By China, acknowledged that Navarro made the character up.

“It’s refreshing that somebody finally figured out an inside joke that has been hiding in plain sight for years,” Navarro wrote in his email.

But former White House economist Glenn Hubbard, who co-authored another book featuring Vara, told Bartlett he wasn’t in on the joke, and he wasn’t amused.

“As she put it, the joke wears very thin when you get to certain statements about China and the Chinese people that are quite negative,” Bartlett said. “Ron Vara says things that are pretty over the top, and it’s hard to construe them necessarily as whimsical in the way we normally use that word.”

Navarro’s publisher, Prentice Hall, and its parent company, Pearson, were also in the dark about the invented character until this week.

“Pearson has strict editorial standards that apply to all of its publishing businesses and authors,” said Scott Overland, the company’s director of media relations. “We take any breaches of these standards very seriously and take swift action when one is identified.”

Overland said Pearson plans to add a publisher’s note to future editions, advising readers that “Ron Vara is not an actual person, but rather an alias created by Peter Navarro.”

The episode is not likely to cause Navarro any grief with his boss, however. Donald Trump famously invented his own fictional spokesman, John Barron, in the 1980s. Internet wags have joked that perhaps Barron could offer some PR advice to the newly unmasked Vara.