You May Be Stressing Out Your Dog

Jaeleen Sattler’s border collie Sprint catches a frisbee during a competition in California. New research suggests that dog stress mirrors owner stress, especially in dogs and humans who compete together. 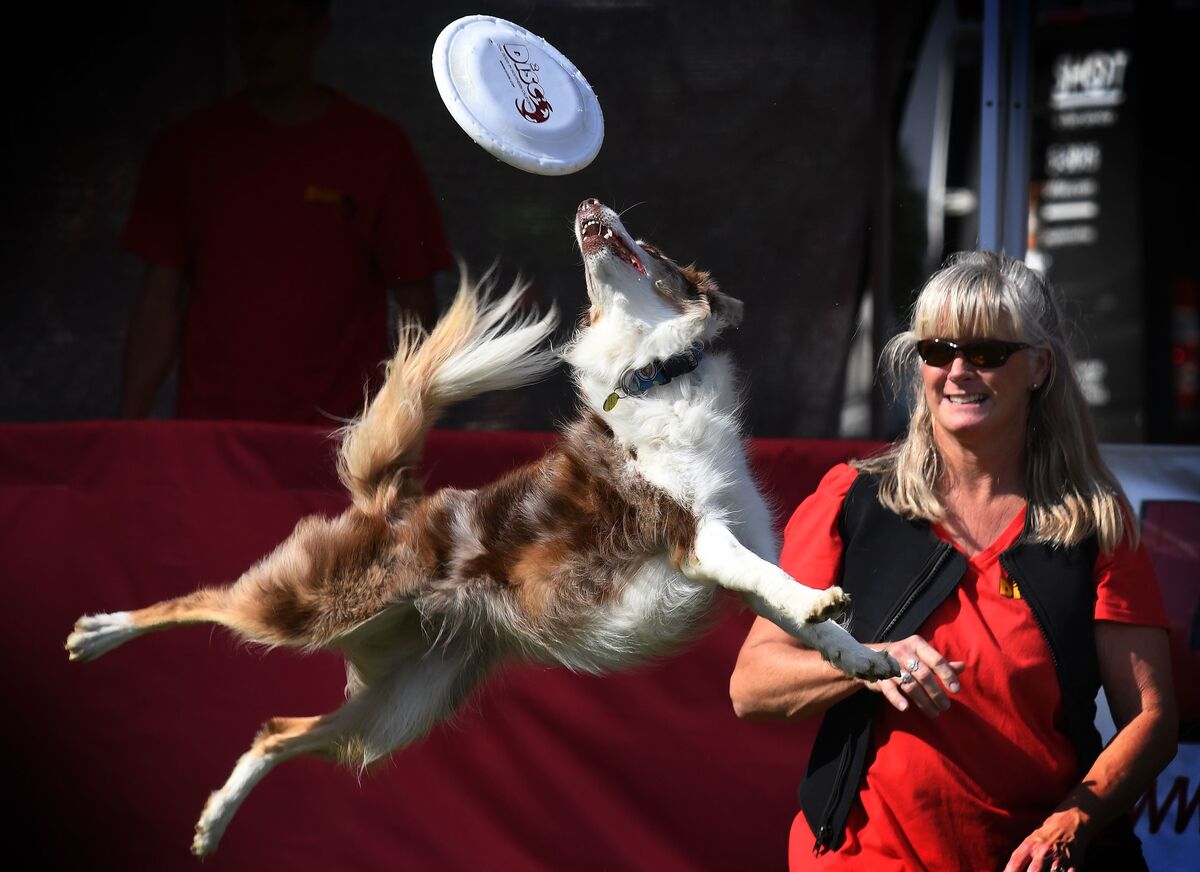 Jaeleen Sattler’s border collie Sprint catches a frisbee during a competition in California. New research suggests that dog stress mirrors owner stress, especially in dogs and humans who compete together.

If you are neurotic and anxious, your dog may be feeling the stress, too.

Numerous studies have found that dogs and their owners can experience synchronized emotions and stress levels, especially during acutely stressful or exciting activities such as competitions or police work. A new study followed dogs and their owners over the course of months to see how stress hormones in both animal and human changed over time.

The results suggest that dogs may be quite sensitive to human stress. “If the owner is stressed, then the dog is also likely to mirror that stress,” explains Lina Roth, a professor at Linköping University in Sweden and an author of the study published today in Nature’s Scientific Reports.

Roth and her colleagues surveyed 58 dogs and their owners. Owners answered questions about traits including extraversion, agreeableness, neuroticism and openness.

They also were asked to fill out surveys scoring their dogs on traits such as excitability, responsiveness to training, aggression and fearfulness. The researchers then took hair samples from both dogs and owners to test for the stress-related hormone cortisol.

“Cortisol is incorporated in hair as it grows, so we get kind of a retrospective of our cortisol secretions,” Roth explains.

They found that dog cortisol levels seemed to mirror the personality traits of their owners.

“It was the owner’s personality that influenced the dog’s hair cortisol level, rather than the dog’s personality itself,” Roth says. The correlation was stronger between dogs and owners who compete together than it was between owners and dogs who don’t.

“When it comes to competing dogs, it could actually be that they spend more time together, and that this training could increase this emotional closeness,” Roth speculates, though she adds that “this is a correlation, so we really don’t know the mechanism behind this.”

Roth says she would like to do follow-up studies looking at more dog breeds — this research focused on border collies and Shetland sheepdogs. She is also interested in how owner gender might influence the results. This study included only female owners.

Rosemary Strasser, a behavioral neuroendocrinologist at the University of Nebraska, Omaha, who has studied connections between dogs and humans, says the new research is exciting and that it raises further questions about how dogs and humans influence each other emotionally.

One big question: Could dogs also influence human stress levels over time? “Especially with dogs being used as service or support dogs for individuals,” Strasser says, “if you place a confident, outgoing dog in a home, how does it influence the personality of that owner? Is it always one-directional? That would be a very interesting further extension of this.”

Previous research has suggested that the personality and attitude of a dog owner can influence how emotionally attached that person becomes to their pet. “A person who likes dogs and wants a dog will interact with that dog differently than a person who may be given or exposed to a dog that they don’t necessarily want,” Strasser says.

Both researchers caution that dog owners should not read the new research results and worry that their personalities are harming their animals.