Women’s World Cup: USA Takes On Sweden In A Game That Means Little – And Everything

The U.S. will face its first major test in the Women’s World Cup Thursday, as it plays Sweden in the final match of the group stage. U.S. forward Megan Rapinoe is seen here during the U.S. game against Thailand. 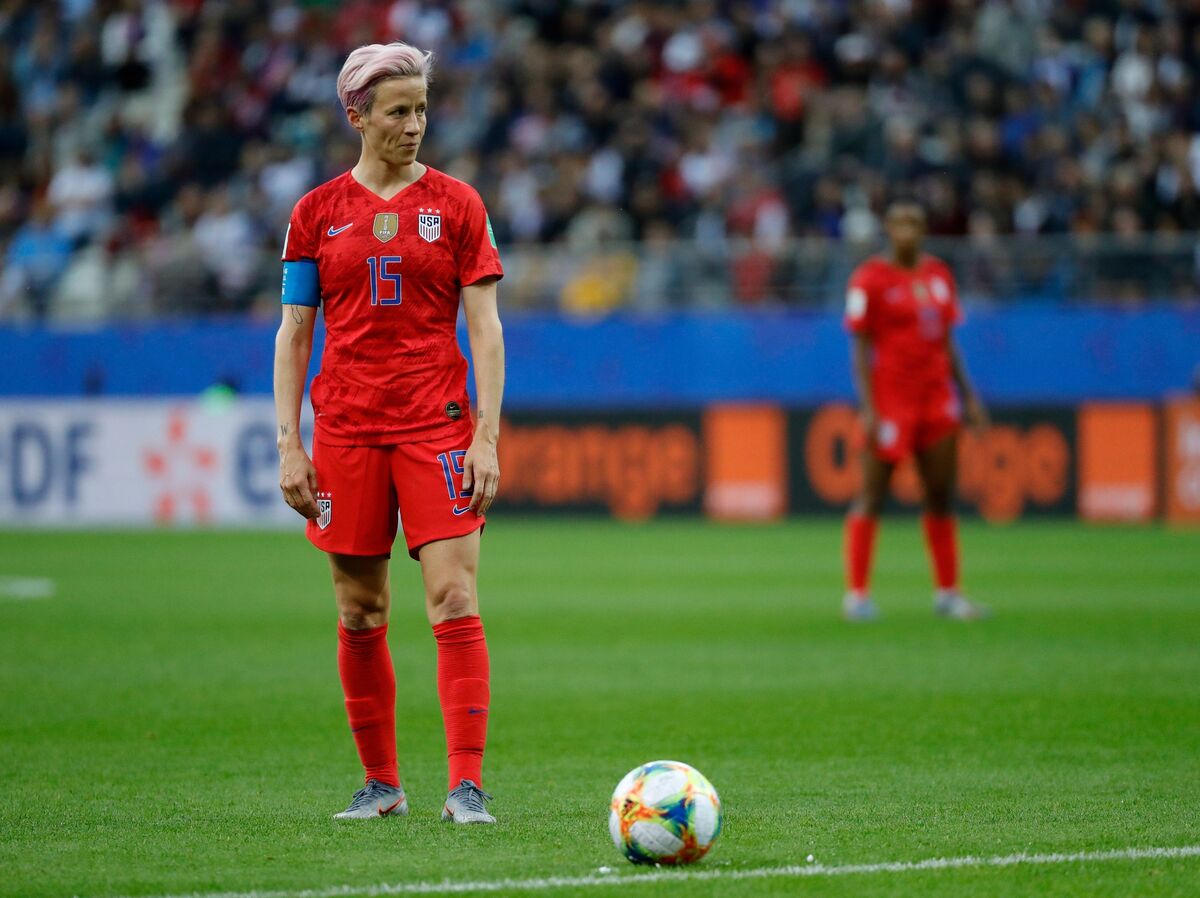 The U.S. will face its first major test in the Women’s World Cup Thursday, as it plays Sweden in the final match of the group stage. U.S. forward Megan Rapinoe is seen here during the U.S. game against Thailand.

The United States doesn’t have to beat Sweden in the last game of the group stage of the Women’s World Cup on Thursday. The Americans are already through to the next round, as are the Swedes.

But in another sense, the U.S. women’s national team does have to beat Sweden today in Le Havre, France — if they want to show they are the best in the world. The game starts at 3 p.m. ET and will be televised on Fox and Telemundo.

The USA and Sweden have a lot of history on the pitch. The teams have played each other 38 times going back to 1987, and they’ve faced off at five previous World Cups. The U.S.’s record in those matches is three wins, one loss and one tie.

And Sweden dealt the U.S. one especially painful defeat: knocking the Americans out of the 2016 Summer Olympics in the quarterfinals, the earliest the U.S. squad has ever left a major tournament. At the time, Sweden’s team was led by the former U.S. coach Pia Sundhage, which only added to the insult.

U.S. forward Christen Press said Wednesday that she has re-watched parts of that match in Brazil.

“You don’t forget the taste in your mouth when you fail and when you lose in a world championship,” she said. “There’s a little bit of that that will definitely act as motivation. And you always play to win and to never have that feeling again.”

In that game, Sweden hunkered down defensively and prevented the U.S. offense from getting chances. This was the match after which then-U.S. goalkeeper Hope Solo called the Swedish team “a bunch of cowards” — and thereby sealed the end of her time on the U.S. squad.

Press said that loss drove the U.S. to develop new strategies and be more mentally tough to take on an opponent like Sweden.

“As the game’s evolved, the team’s evolved,” she said. “And both technically and tactically, we’re able to do things that we weren’t able to do three years ago.”

U.S. fans celebrate during their team’s victory over Chile at Parc des Princes on Sunday in Paris. 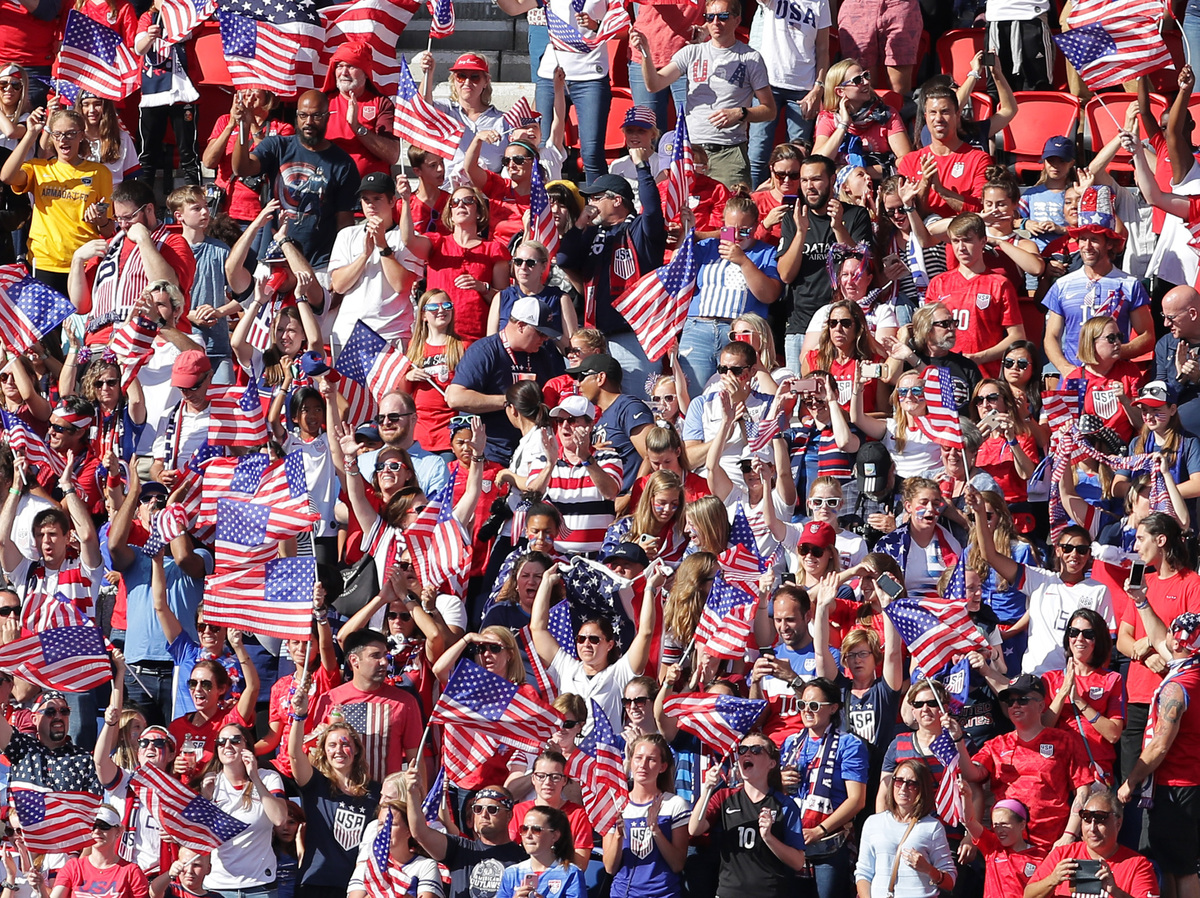 U.S. fans celebrate during their team’s victory over Chile at Parc des Princes on Sunday in Paris.

For both teams in today’s game, there is a question: How hard do you play in a game that you don’t need to win? How much should you risk injury, fatigue and yellow cards, when you have difficult must-win games ahead?

Adding to the strategic muddle: The team that loses this game could actually have an easier path to winning the tournament. The match’s winner will likely go on to face France in the quarterfinals – a team that may be second in strength only to the U.S. squad.

The U.S. has made it clear that “going easy” isn’t one of its modes. Coach Jill Ellis and her squad have repeatedly demurred any notion that the U.S. would try anything but its best, even if that means an early encounter against Les Bleues.

“I struggle to tell my team not to tackle each other in training the day before” a match, Ellis said.

U.S. defender Abby Dahlkemper agreed: “It’s in our team’s DNA to want to win and do really well.”

The U.S.’s first two games in this tournament – a 13-0 thumping of Thailand, and a 3-0 win over Chile that would have been 6-0 if not for spectacular saves by La Roja goalie Christiane Endler – have been a showcase for the Yanks’ offensive prowess.

But the U.S. defense has so far been untested in the tournament. The team’s defenders have spent many minutes in front of the halfway line, ready to assist or score. And goalkeeper Alyssa Naeher has barely touched the ball: Thailand mustered only two shots at the goal, and Chile just one.

The U.S. team has shown itself to be skillful, experienced, and packing enough talent to fill two full squads that could be the best in the world.

And it brings along one more advantage to Stade Océane in Le Havre: a huge crowd. Fans wearing USA jerseys disembarked trains from Paris on Wednesday and Thursday, ready to watch their team take on a tough opponent. U.S. players have said playing in front of so many fans cheering for them makes it feel like they’re playing a home game – even though they’re thousands of miles from home.

So will the U.S. put on a show for all those fans? Mia Hamm, who was part of the 1999 U.S. team that won the World Cup in a dramatic penalty shootout at the Rose Bowl, said the U.S. always plays toward victory.