Opinion: Why War With Iran Is Bad For Trump — And America

The U.S. Navy says a hole was made by a limpet mine on this Panama-flagged, Japanese-owned tanker anchored off Fujairah, United Arab Emirates. The limpet mines used to attack the tanker near the Strait of Hormuz resembles similar mines displayed by Iran, a Navy explosives expert said Wednesday. Iran denies being involved. 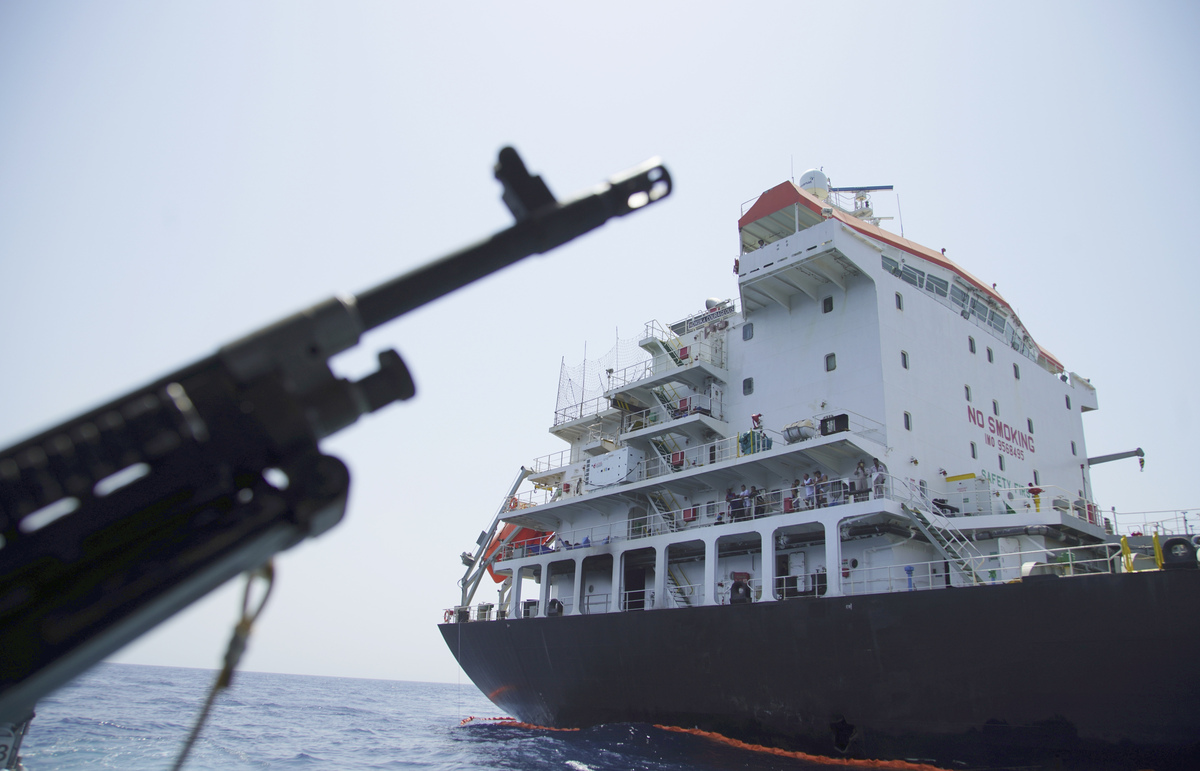 The U.S. Navy says a hole was made by a limpet mine on this Panama-flagged, Japanese-owned tanker anchored off Fujairah, United Arab Emirates. The limpet mines used to attack the tanker near the Strait of Hormuz resembles similar mines displayed by Iran, a Navy explosives expert said Wednesday. Iran denies being involved.

Aaron David Miller (@aarondmiller2), a Distinguished Fellow at the Woodrow Wilson International Center for Scholars and a former State Department adviser and Middle East negotiator, is the author of The End of Greatness: Why America Can’t Have (and Doesn’t Want) Another Great President.

Richard Sokolsky, currently a nonresident senior fellow at the Carnegie Endowment for International Peace, worked in the State Department for six different administrations and was a member of the secretary of state’s Office of Policy Planning from 2005-2015.

Ever since World War II, wars have not been kind to American presidents. The United States didn’t achieve victory in Korea, Vietnam, Iraq or Afghanistan, and the costs of these wars in human lives and dollars were staggering. They left bruises and tarnished legacies for the presidencies of Harry Truman, Lyndon Johnson, George W. Bush and Barack Obama.

We’re not predicting that America and Iran are inexorably headed toward a major war, though Iran’s shoot-down overnight of a U.S. drone underscores the growing risk of conflict between the countries.

Should war occur, President Trump will wish he had stayed out. Given that he defines the world in terms of his political rather than the national interest, he would be wise to consider the following.

The Trump administration has conveyed no clear or realistic goals that would be served by the use of military force against Iran. Iran is too big and strong to be toppled, and there is no strong, united opposition capable of fomenting the kind of unrest that could overthrow the regime in the wake of U.S. military strikes.

If the regime did collapse, it would likely be followed either by a period of instability or a government that is even more militantly anti-American.

In response to more limited U.S. military attacks, Iran has many options available to raise the cost for the U.S. and its friends in the region — including in Lebanon, Iraq, Yemen and Afghanistan.

There is no reason to believe that Iran’s supreme leader is prepared to suffer the humiliation of returning to negotiations and caving to U.S. demands, especially since it was the Trump administration that walked away from an agreement with which the Iranians were complying. And there is no evidence that President Trump is willing to offer Iran concessions to lure Tehran back to the table.

Furthermore, going to war without any clearly defined and attainable war aims is a recipe for an open-ended conflict almost certain to undermine U.S. interests and credibility.

Periods of Middle East tensions historically make for instability in oil markets. Hours after two tankers were disabled in the Gulf of Oman by what was almost certainly Iranian sabotage, oil prices spiked.

The last thing Trump needs as the 2020 election approaches is rising gas prices. But that’s likely what he’ll get should the U.S. and Iran find themselves in conflict.

Oil trades in a single market and regardless of increased U.S. production, disruptions in the supply of Persian Gulf oil will drive up prices. Iran has ample means — with anti-ship missiles, mines and torpedoes — to disrupt oil shipments. Even though the U.S. maintains overwhelming military preponderance in the region, it’s an illusion to believe that restoring the uninterrupted flow of oil would be quick or easy in the face of a determined Iranian campaign to interdict shipping and to damage critical energy infrastructure in the Gulf.

Tangled up in another foreign war

President Trump has made getting out of unwinnable wars one of the hallmarks of his presidency. Trump’s positions, from reducing the number of U.S. forces in Afghanistan to his great reluctance to deploy troops to Syria, show an awareness of the American public’s aversion to new military adventures. Last February, he told CBS’s Margaret Brennan that getting out of “endless wars” was one of his main messages and helped him defeat 17 Republicans for the nomination in 2016. And he has repeatedly expressed a desire to talk to the Iranians rather than to fight with them.

Unless it’s short and decisive, a risky, uncertain and open-ended conflict with Iran won’t help him much with his Democratic opponent, independents or his base. In fact, an unnamed White House official told the Washington Examiner that it would “absolutely alienate his base” if he were to involve America in new war.

America alone: Who will stand with the U.S.?

The U.S. has had military and diplomatic support for every major war it has conducted since the end of the Korean War in 1953. Even in the unpopular 2003 invasion of Iraq, the Bush administration cobbled together a small coalition of willing countries to join America in combat.

At best, should the U.S. go to war against Iran, it will be able to muster the diplomatic and perhaps military support of four countries: the United Kingdom, Saudi Arabia, the United Arab Emirates and Israel. Otherwise, the rest of the world has been completely put off by the Trump administration’s unilateralism, belligerent nationalism, its decision to leave the nuclear agreement without a compelling cause and actions that are clearly aimed at provoking a military confrontation with Iran. A war with Iran without significant international support, and perceived to be America’s fault, would leave the U.S. isolated and bearing full responsibility. More than likely, this kind of unilateralism would hand Russia and China — and Iran — an enormous propaganda advantage and weaken U.S. leverage in the days after.

It is the day-after problem that looms large over America’s experiences with the use of military force in Afghanistan, Iraq and even Syria. When a president is deciding whether to put Americans in harm’s way, it’s critical to ask not just can we, but should we, what will it cost and what’s the exit strategy? We hope those are under consideration. Because of all the plausible military conflicts confronting America today, we cannot think of one that’s more unnecessary, counterproductive and fraught with greater uncertainty and risk than stumbling or willfully heading into war with Iran.