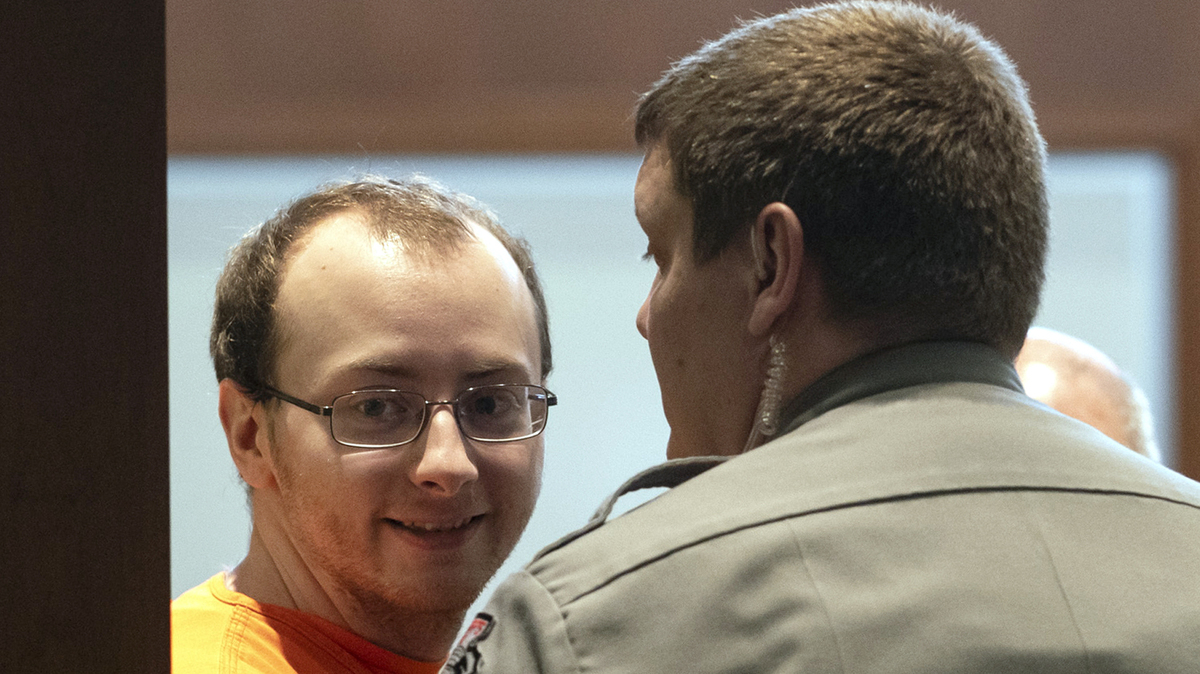 The Wisconsin man accused of killing a teenage girl’s parents and holding her captive for nearly three months has pleaded guilty.

Jake Thomas Patterson, 21, said Wednesday that he killed James and Denise Closs last October at their home near Barron, a town in northern Wisconsin. He said he then abducted their 13-year-old daughter, Jayme Closs.

The case made national headlines as authorities tried unsuccessfully for months to locate Jayme. She escaped in January, after 88 days in captivity. With her help, law enforcement located and arrested Patterson the same day.

His voice quivering, Patterson simply uttered the word “guilty” as he was questioned by Judge James Babler. One of the defense lawyers could be heard quietly saying, “Just take your time and breathe.”

Patterson was set on pleading guilty, defense attorney Richard Jones said, according to Wisconsin Public Radio. Even after conversations about changing the trial’s venue and trying to suppress earlier confessions to investigators, Patterson was firm.

“He’s been consistent with that from the time that we’ve met,” Jones said.

In a letter to a Minneapolis television station, Patterson said he planned to plead guilty. He said he was trying to spare Jayme and her relatives. “Don’t want them to worry about a trial,” he wrote.

Patterson will be sentenced in May. He faces the possibility of life in prison.

Prosecutors dropped an armed burglary charge. Authorities said criminal charges stemming from Jayme’s time in captivity would not be filed, meaning information about her confinement could remain private.

According to the New York Times, Patterson had trouble finding direction and appeared to lack companionship:

“Former high school classmates and teachers described Mr. Patterson as a quiet, bookish boy who struggled to find his way after graduation. He enlisted in the Marines but was sent home from boot camp after five weeks. Neighbors said he bounced from job to job and spent much of his time alone.”

In a criminal complaint filed by the Barron County District Attorney’s Office, Patterson allegedly told authorities that he vowed “to take” Jayme after seeing her step into a school bus. He said he killed her father with a shotgun at the entry to the family’s home, before finding Jayme hiding in the bathroom, in the bathtub, with her mother. He taped Jayme’s head, wrists and ankles, fatally shot her mother, and dragged the girl across the yard to the trunk of his car.