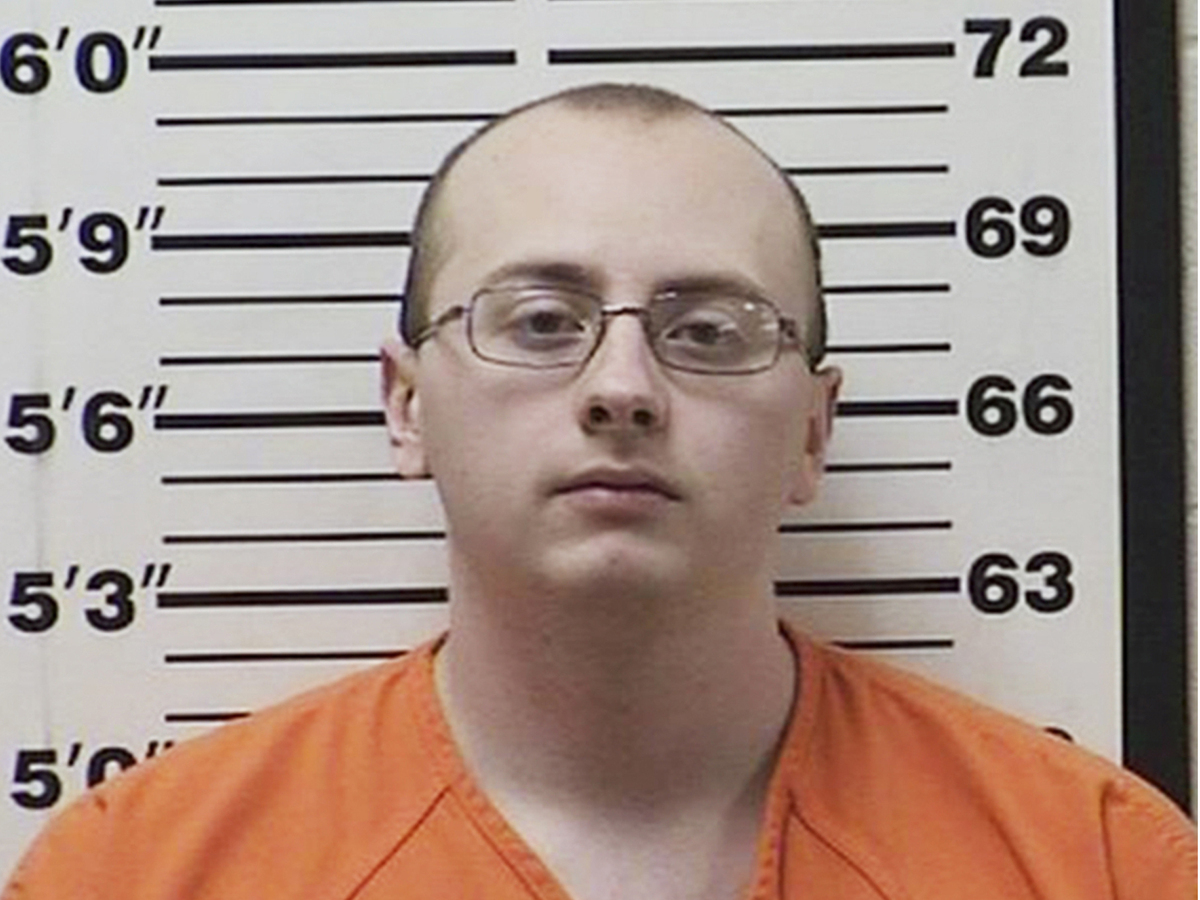 What drove a man to fatally shoot a couple in Wisconsin and kidnap their teenage daughter?

A criminal complaint filed Monday unspools a grisly crime that began when, according to authorities, suspect Jake Thomas Patterson, 21, spotted a girl boarding a school bus. It ended with her escaping Thursday from more than two months of captivity. Prosecutors charged Patterson Monday with kidnapping Jayme and killing her parents. They also charged him with armed robbery. The Associated Press reports Patterson sat expressionless as he appeared in court Monday via video feed from the county jail. Bail was set at $5 million.

Detective Jeffrey Nelson and Barron County District Attorney Brian Wright filed the complaint. Police say three sheriff’s deputies responded to an emergency call on Oct. 15 and drove to a home west of the city of Barron in northern Wisconsin. One deputy recalled spotting a red vehicle driving away from the home, but did not catch the license plate number of the car.

When deputies arrived at the home, they saw lights on but no one responded to their knocking, according to the complaint. The front door’s deadbolt had been shot through. Deputies found the body of James Closs, 56, inside near the front door. The body of Denise Closs, 46, lay in the bathroom, both with gunshot wounds to their heads.

Deputies who searched the home did not find the couple’s 13-year-old daughter and issued an Amber Alert for Jayme Closs.

Then, the complaint abruptly skips to Jan. 10, when Jayme emerged from a house in Gordon, Wis., more than 60 miles north of Barron. She had matted hair and wore men’s sneakers that were too big for her. Jayme approached a neighbor walking a dog, and told her she had been kidnapped by a man named Jake Patterson. The woman took Jayme to a nearby house and helped her call 911. A deputy who drove Jayme away from Gordon noticed a red car on the way and suspected it might be Patterson.

Two deputies stopped the car, Patterson got out and said, “I did it,” according to the complaint.

Patterson allegedly said he was driving to his job at a cheese factory when he stopped behind a school bus and watched Jayme get on board. “The defendant stated, when he saw J.L.C., he knew that was the girl he was going to take,” the complaint reads.

Patterson told police that he bought a balaclava, stole license plates from a car and attached them to his red Ford Taurus. He said he removed what he called a “kidnapping cord” that allowed for his trunk to be opened from the inside, according to the complaint. Then, Patterson took his father’s shotgun and six shells, and carefully loaded it while wearing gloves to avoid leaving fingerprints or DNA on the weapon.

He drove to the Closs home. Patterson told police he opened a glass storm door and then pounded on the wooden entry door. From that angle, Patterson shot James Closs in the head, he said. Then he forced his way in.

Inside, he discovered Denise and Jayme Closs in the bathroom. The complaint says he killed Denise Closs, dragged Jayme out of the house and locked her in the trunk of his car. He drove her to his home in Gordon, Wis.

For more than two months, Jayme told police, she lived in hiding in her assailant’s house, forced to lie under his bed and go as long as 12 hours without food, drink or a bathroom. Patterson allegedly controlled her with threats that “bad things” would happen to her if she tried to escape. But one day she walked out and sought help.

“It was like an elephant got off from our chests when we learned she got out of that house and was able to find help,” Barron County resident Dan Schullo says.

“Every single day we had people approach us, talk to us, call us, text us, email us,” she says. “So when you have support like that you can’t but hope for the best, because you don’t want to let people down.”

The case stumped authorities until Jayme herself appeared. Residents of Barron County were rattled, including Isaak Mohamed, who works for the Barron Area School District.

“I was … checking on the buses in the morning when the kids board,” Mohamed tells Wisconsin Public Radio. “Parents called me. My wife and I were so sad and we were cautious. Everyone was cautious, where is the child? Is it the bus time? We need to go out there.”