Burisma Group, a Ukrainian energy company, keeps a low profile. This building, which houses the offices of a Burisma subsidiary, is located in a residential part of the country’s capital of Kyiv. 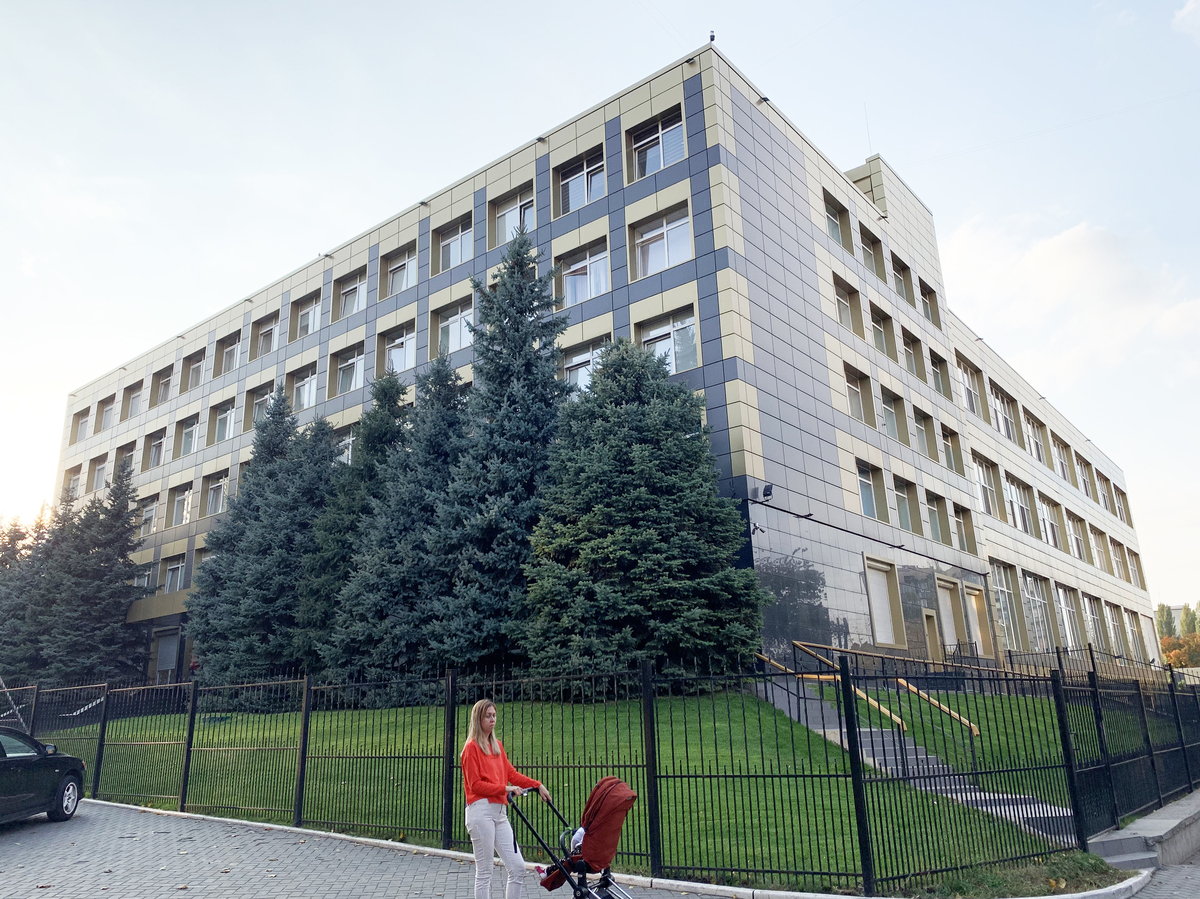 Burisma Group, a Ukrainian energy company, keeps a low profile. This building, which houses the offices of a Burisma subsidiary, is located in a residential part of the country’s capital of Kyiv.

Burisma Group, the Ukrainian energy company where former Vice President Joe Biden’s son once served on the board of directors, keeps a low profile. Although the company advertises itself as one of Ukraine’s largest private natural gas producers, it is almost impossible to find.

On its website, Burisma lists an address in Cyprus, and in the Ukrainian capital, Kyiv, the company’s offices are ensconced inside a nondescript, five-story business center in a residential neighborhood.

The company has come into focus following President Trump’s repeated requests to Ukraine to investigate Hunter Biden for possible “corruption” during his five years as a Burisma director. Trump has also accused Joe Biden of having used his position as vice president to fire the Ukrainian prosecutor in charge of investigating Burisma.

The revelation last week that Trump asked Ukrainian President Volodymyr Zelenskiy to open an investigation into one of his top political rivals led Democratic lawmakers to launch a presidential impeachment inquiry.

In fact, Burisma and its owner, Mykola Zlochevsky, did not get any exceptional treatment. The prosecutor Biden singled out in 2016, Viktor Shokin, failed to make any high-level corruption convictions — as did Yuriy Lutsenko, his successor. At the time, Ukrainian anti-corruption activists and other Western governments joined Biden in his criticism of Shokin, and Ukrainian prosecutors have said there is no indication that Hunter Biden did anything wrong.

On Friday, Ruslan Ryaboshapka, Ukraine’s newly appointed chief prosecutor, told reporters his office will review all investigations shelved by his predecessors, including those involving Burisma and Zlochevsky. Those investigations were into activities that took place before Hunter Biden joined the board in 2014.

“It’s more about ethics. If the son of a top politician receives some payments from a company for whatever reason, there’s always a conflict of interests,” says Alexander Paraschiy, the head of research at Concorde Capital, an investment firm in Kyiv.

Hunter Biden was paid about $50,000 a month as a Burisma director, according to The Wall Street Journal.

“It usually is a good investment for any Ukrainian businessman to hire some reputable guy or the relative of a reputable guy. It definitely paid off for Mr. Zlochevsky,” says Paraschiy.

Amid the political turmoil in Kyiv, Russia annexed Crimea and fomented an armed insurgency in eastern Ukraine. But hopes were high that the new Ukrainian government would at least start uprooting endemic corruption.

Burisma faced a money-laundering investigation and questions over how it had obtained some of its licenses to drill for natural gas. In spring 2014, the company appointed Hunter Biden and a former Polish president, Aleksander Kwasniewski, to its board. Three years later, Burisma added Cofer Black, a former CIA official and foreign policy adviser to Mitt Romney’s presidential campaign, to the board.

“I believe the only reason Burisma and Zlochevsky were inviting people with such names was to whitewash their reputation and to present themselves as a company doing legitimate business in Ukraine,” says Daria Kaleniuk, head of the nongovernmental Anti-Corruption Action Center in Kyiv.

The Zlocci shop features collections of flashy men’s shoes made from crocodile and caiman skins arranged on two polished marble tables. In 2015, investigative reporters traced the ownership of the business to Zlochevsky. 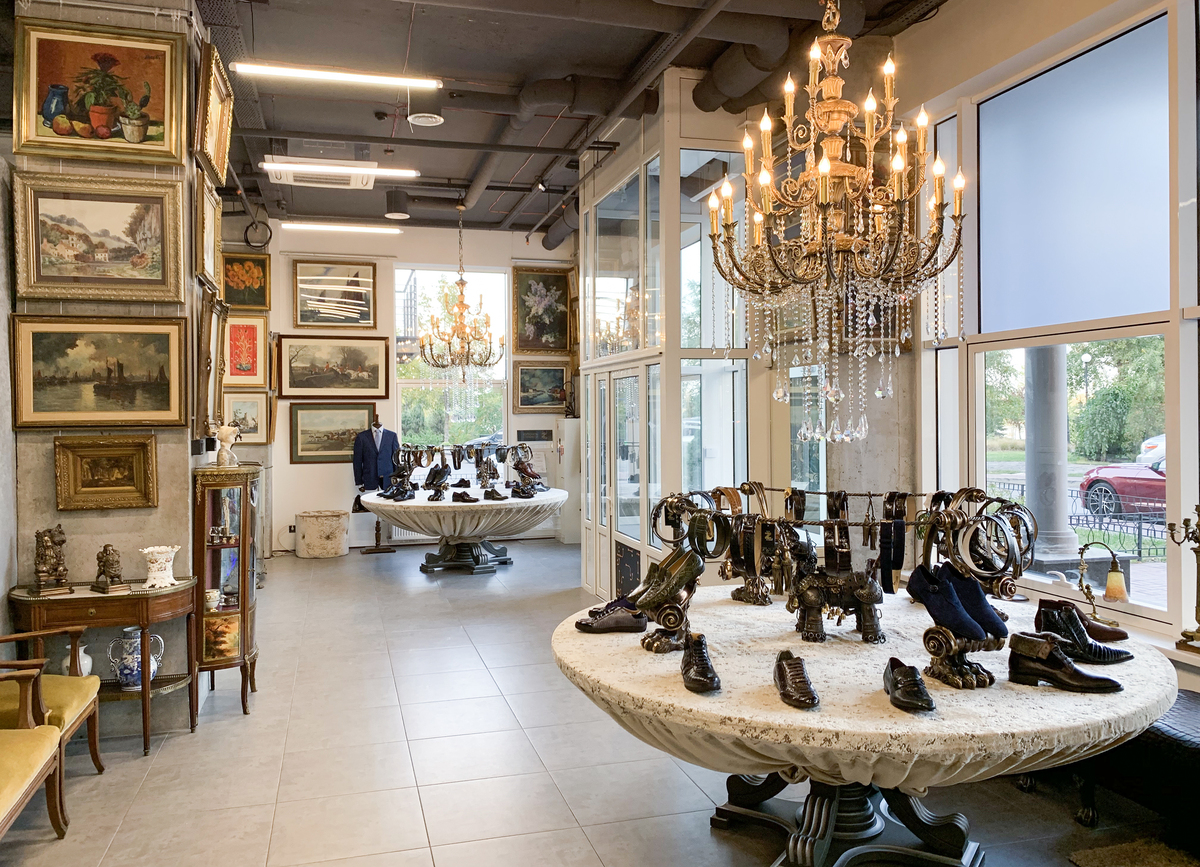 The Zlocci shop features collections of flashy men’s shoes made from crocodile and caiman skins arranged on two polished marble tables. In 2015, investigative reporters traced the ownership of the business to Zlochevsky.

As a privately owned company, Burisma is not required to publicize its annual results. In a recent presentation for investors, it says it more than doubled its hydrocarbon production since 2013 and paid more than $240 million in taxes over the previous two years.

In an upbeat 2017 promotional video, Burisma presents itself as an energy company looking to expand beyond Ukraine’s borders. Photographs of Hunter Biden and the other four board members appear over the company’s “key corporate governance principles: leadership, efficiency, remuneration and transparency.”

But for a company with global ambitions, Burisma is hardly transparent in dealing with media. Reporters’ requests for comment are summarily ignored. Alexander Gorbunenko, the chief financial officer at Burisma when Hunter Biden served on the board, declined to comment to NPR, saying to do so would be “unethical.”

Zlochevsky’s whereabouts are unknown, and he and his company are invisible in Kyiv. One of the few signs of the elusive energy tycoon is a boutique on the ground floor of an upscale apartment building on the Dnieper River.

The Zlocci shop features collections of flashy men’s shoes made from crocodile and caiman skins arranged on two polished marble tables. A pair of low-cut crocodile boots goes for more than $3,700, while blue pony-hair sneakers cost almost $800. An attentive salesman offers a 30% discount and home delivery.

Even though the Zlocci website says the outfitter is Spanish, a journalistic investigation in 2015 traced the ownership to Zlochevsky. A promotional video — in Ukrainian — shows a model wearing Zlocci shoes in the port of Monaco, where Zlochevsky has been hosting an annual international energy conference since 2016.

“One of the reasons that I am proud to be a member of the board at Burisma is that I believe we are trying to figure out the way to create a radical change in the way we look at energy,” Hunter Biden says in undated remarks on the conference website.

Zlochevsky’s event has featured such speakers as Prince Albert II of Monaco; Romano Prodi, a former Italian prime minister; Joschka Fischer, a former German foreign minister; and other past and present luminaries from European and U.S. politics.

Zlochevsky also continues to buy favor with his support for the Atlantic Council, a Washington think tank.

Kurt Volker, who resigned last week as the Trump administration’s special representative for Ukraine, is a senior adviser to the Atlantic Council. Volker’s role in the administration’s communications with Ukraine’s new government is now under scrutiny in Congress.

In September 2018, Vadym Pozharskiy, an adviser to Burisma’s board, attended Atlantic Council events in New York and met with Volker and former State Department officials, according to the company’s website. Pozharskiy did not reply to repeated requests for comment by NPR.

Hunter Biden, for his part, no longer works for Burisma.

He left the company earlier this year as his father was launching his presidential campaign.