‘Well’ Explores The Social And Political Underpinnings Of Health

Well-kept parks, clean air and water, safe and friendly neighborhoods: these and many other factors outside our control contribute to health. 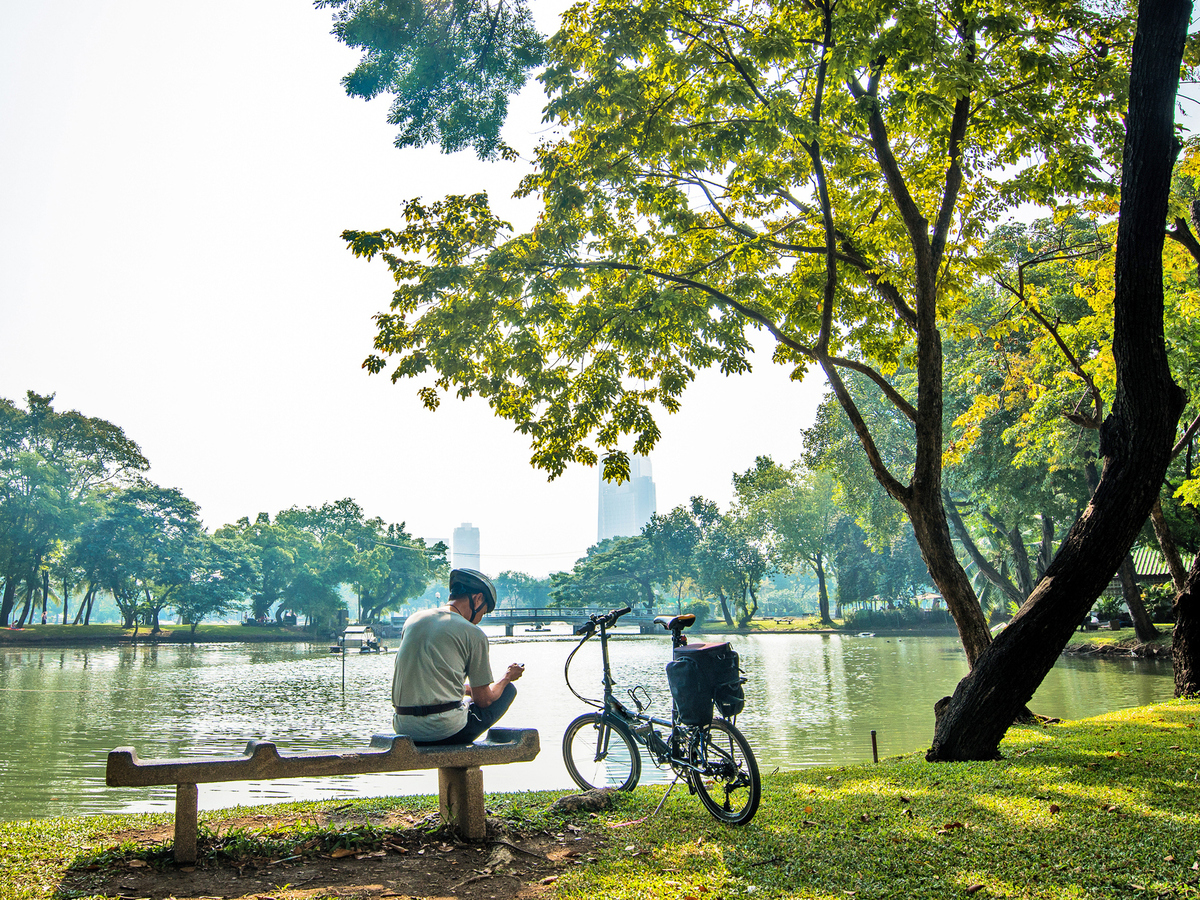 Well-kept parks, clean air and water, safe and friendly neighborhoods: these and many other factors outside our control contribute to health.

The typical American conversation about health focuses on personal choice as a key driver — the foods we choose to eat, the number of steps we log each day, the doctors we visit and the medicines we take. But epidemiologist Sandro Galea says that way of thinking is the wrong way.

In his new book, Well: What We Need To Talk About When We Talk About Health, the dean of Boston University School of Public Health says not only does the belief in the power of personal choice fail to fix America’s health crisis, it also diverts us from real issues underlying our nation’s poor health.

“We can choose the food we eat, but our options are limited by what we can afford and by what kinds of food are available for purchase near our home,” he writes. “These factors, in turn, depend on the quality of our neighborhood and the size of our income, which depends on larger social economic forces over which we have little control.”

The notion that one creates good health just by choosing to do so makes it easy to stigmatize obesity, addiction and other chronic conditions as byproducts of laziness or moral weakness, further obscuring their actual causes, he warns.

“Telling you that you should exercise more when you’re worried about getting out of your house and getting shot; when there is no park around you which has a nice place for you to walk; when you’re working two minimum-wage jobs and you can’t afford gym membership is simply absurd,” he tells NPR.

Galea says understanding that our health is a product of the world around us serves to remove “our reflexive stigmatization.”

And that’s important, he says, because stigma itself is known to erode self-esteem and confidence, which in turn causes social isolation that can further trigger other health problems.

Galea says his book, represents a culmination of 20 years of studying and working in public health. He was motivated to write it by the the huge gap between what the U.S. spends on health care and the relatively low return on that investment.

“Part of my job is to make sure that the world understands what it really takes to generate health,” Galea says.

As he discusses early in the book, the United States spends a whopping $3.3 trillion on health care, according to federal figures from 2016. Yet U.S. life expectancy — which is the lowest among all comparable nations — has actually fallen in recent years. He points out that the lifespan of a baby born in the U.S. today is now five years shorter, on average, than it would be if that baby were born in Japan, a nation that spends half of what we do on health, per person.

“There’s no other sector where we outspend all our peers and we get less for it,” Galea says. “Would you buy a smartphone if it cost you 40% more than the next closest competitor and your phone functioned 40% worse? The answer is no, you wouldn’t.”

To improve the nation’s overall physical and mental health, Galea says we need to understand that a slew of factors that may seem to have little connection to health are actually the drivers of it.

“The lens that we adopt makes a big difference in how we invest our resources and how we tackle this problem,” Galea says.

He says we need to start talking more about some neglected factors that shape health. These include some themes familiar to students of public health — poverty, environment and policies — and some more surprising ones, including fundamental human values that Galea believes deserve more attention. Key drivers of health to pay attention to include:

To fix the flaws in the systems and policies we’ve created, we have to recognize powerful influences from the past, Galea writes. On an individual level, a person’s past plays a role in shaping their present-day health, he says. And nationwide, it means understanding how history affects us today. For example, Galea says, we can trace back to slavery some roots of the discrepancies in health and average lifespan of black Americans today, as compared to white Americans. “These health gaps are neither random nor inevitable,” Galea writes. “They are a consequence of history.”

Seeing the power in a place

It’s not hard to fathom that neighborhoods and environment — air quality, water quality, housing, sanitation and infrastructure — affect our health and well-being. But Galea says the influence of place is about more than physical environment. A community is formed of “cultural, economic and political factors” which can have a real impact on health, he says, including “the economic opportunities we have … the extent to which we invest in reducing domestic violence; the extent to which we invest in having equitable opportunities for people of all genders.”

Understanding no one’s an island

Galea writes about the importance of social interactions to combat loneliness and isolation — conditions that increase the risk of depression, addiction and suicide. He says that’s especially true for older and sicker Americans, as age and disability contribute to social isolation. As the world’s population ages, “it will become ever more critical that we create opportunities for social engagement across generations,” he says.

Recognizing what we don’t know about health and medicine is just as important as what we do know. Humility, Galea says, reminds us that health doesn’t happen in a vacuum and that improving the conditions of people around us could be just as important to improving health as the next scientific breakthrough. “We need to have the humility to accept that there is not just one thing we should do, there are many things we should do,” he says.

Galea wants to replace short-term acts of empathy with compassion that acts on the root causes of suffering — which “envisions and aspires to a better world.” Empathy might inspire us to help cover someone’s medical costs or donate to victims of a hurricane, but we still “leave in place the structures that create disease,” he writes. He advocates viewing collective-well-being as a responsibility we all should share. “It’s centered around the Martin Luther King version of compassion,” Galea says, “which is you don’t just fling a coin to a beggar but you ask why he’s a beggar to begin with.”

A shift in our attitude toward death could help us live better, according to Galea. We need to embrace death’s inevitability and then strive to “die healthy,” he says. “Because once you and I say we value living healthy for as long as possible, then we’ve got to stop investing enormous amounts of money into end-stage (treatments) that do nothing to prolong quality of life, let alone longevity.”

Galea predicts a shift in the American health conversation will require a grassroots approach that starts with each of us changing how we talk about health with friends and family; with electing local, state and national leaders who better understand what’s necessary for health in the U.S.; and with supporting a private sector that’s responsible not just to shareholders but to “common good in the world …. to generate health both for its employees and for the world around it.”

“I think if we all did that,” Galea says, “transformation of how we talk about health will happen sooner than we think.”