Trump Meets With May, Talking Business On Second Day Of U.K. Visit 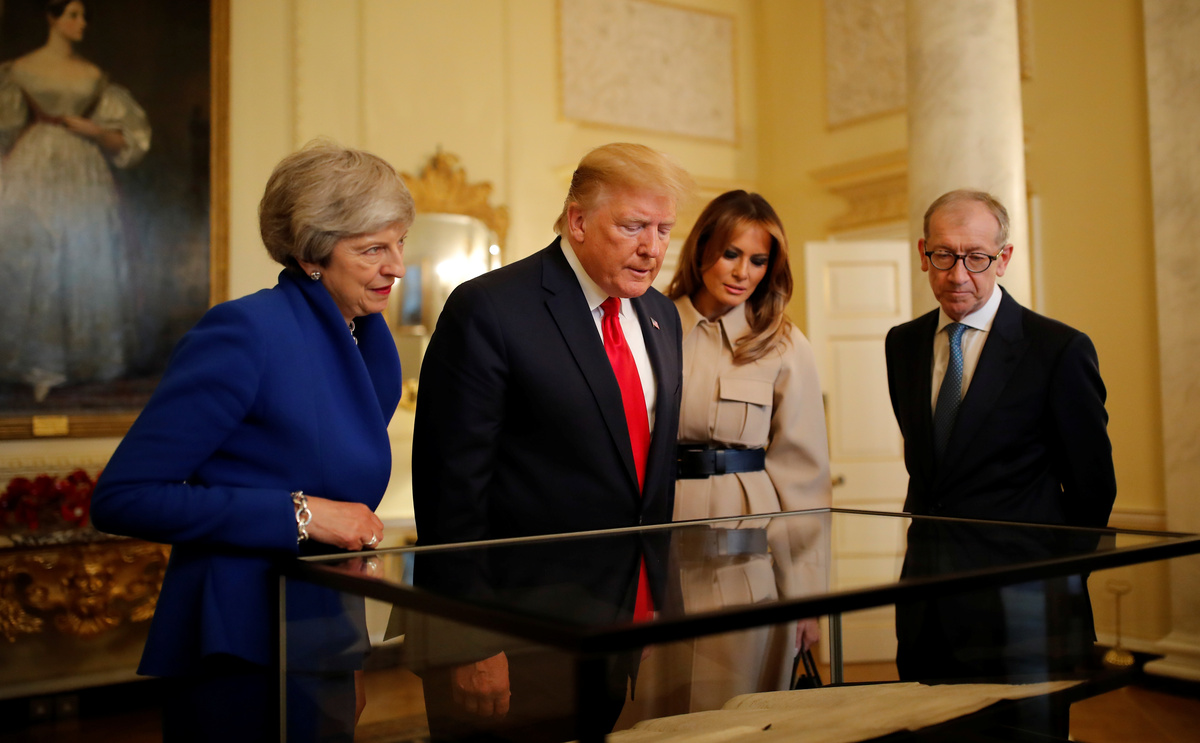 Prime Minister Theresa May is hosting President Trump at 10 Downing Street on Tuesday, as the president continues his state visit to the U.K. While Trump’s arrival Monday was marked by ceremony and spectacle, he and May are focusing on trade — a key issue, as the U.K. prepares to leave the European Union.

In addition to a lunchtime visit to the prime minister’s official residence, the two leaders held a larger discussion at St James’s Palace in London, with Ivanka Trump and other administration officials sharing a large table with the CEOs of large British companies such as Barclays and the drugmaker GlaxoSmithKline.

At the morning business summit, Trump said he’s optimistic about reaching a bilateral trade agreement with the U.K.

Opening the meeting, May emphasized the substantial business relationship between the U.S. and U.K.

“Our trade between our nations last year worth almost $240 billion,” May said. She later added, “British companies employ a million citizens in the U.S. And every morning, a million people here in the UK go to work for American companies.”

The summit comes just three days before May is slated to leave office, after announcing her resignation last month. In an apparent nod to her pending exit, Trump — who has been critical of May in the past — praised her on Tuesday.

“I’d just like to congratulate you on having done a fantastic job on behalf of the people of the United States and it’s an honor to have worked with you,” Trump told May. “I don’t know exactly what your timing is, but stick around. Let’s do this deal, okay?”

First lady Melania Trump accompanied the president on the short trip from the palace discussion to 10 Downing Street, where a red carpet was rolled out to greet them.

The mood was less hospitable down the street, where protesters gathered to demonstrate against the U.S. president’s policies, climate change, the complicated mess of Brexit — or some combination of all of the above. As happened during Trump’s visit last summer, the demonstration included a small blimp depicting Trump as a baby.

The Trumps posed for photos with May and her husband, Philip, before going on a tour of the famous residence. At one point, the two world leaders paused to look at a copy of the U.S. Declaration of Independence, from the time of the former British colony’s national founding.

“It’s a fascinating document, we think it has been in the U.K. for about 200 years”, May said, according to a pool report.