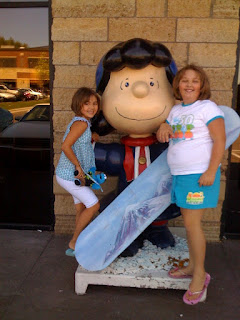 No one is ever prepared for disaster. A year ago, an F-4 tornado ravaged the community of Northwood, N.D., causing upward of $30 million in damage and destroying the school. Since that time, the people of Northwood do what North Dakotans do best – they banded together and picked up the pieces.

Whether it is the next hailstorm, tornado or flood, disaster is something North Dakota has learned to face head-on. That is why I am proposing the creation of a statewide disaster fund – to protect our neighbors when the unexpected happens. Such a fund would provide resources to aid North Dakotans and their communities when disaster strikes. Many states have a disaster fund, including South Dakota and Minnesota.

Further, as insurance commissioner, I will make sure that our office is on the ground after a disaster, to assist consumers in working with their insurance providers. We’ll stay as long as it takes.

The basic idea behind insurance is that when we all face the risk together, every single one if us is better off than we otherwise would be. This is a deeply held value in North Dakota: that when times get tough, we will be there for each other and pull together. And that should be a guiding principle of the insurance commissioner: that together, we’ll build an even stronger North Dakota.

NEWS from the North Dakota Department of Human Services

“This grant is an important part of statewide prevention efforts. It helps us support communities and parents in their efforts to prevent underage drinking and keep our youth safe,” said Carol K. Olson, Executive Director of the North Dakota Department of Human Services.

Olson said the grant award is similar to the amount received last year. In the past, funds have been provided to the North Dakota Highway Patrol and local law enforcement to pay for overtime hours related to party patrols, off-sale activities, and other underage drinking enforcement efforts. In addition, funds have supported the underage drinking prevention media campaigns spearheaded by the Office of the First Lady. The department has also used funds to co-sponsor with the Department of Public Instruction the Roughrider Prevention Conference, which brings educators and community members together to impact underage drinking locally.

JoAnne Hoesel, the director of the department’s Division of Mental Health and Substance Abuse Services, said that this latest grant funding will also be used to help support several new initiatives. These include a newly created North Dakota Youth Advisory Council, which gives young people a voice in identifying ways to reduce underage drinking among peers, and a public awareness campaign, which is being developed with the Attorney General’s Office to educate people about the consequences of hosting or enabling underage drinking. The department is also exploring using funding to provide earlier intervention services for juveniles following a first or second offense for alcohol possession and consumption.