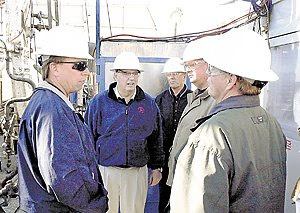 Oil prices have to fall much further yet before they take off the shine from the black gold rush in America’s least visited state.
By Philip Sherwell in Killdeer, North DakotaLast Updated: 2:45PM BST 25 Aug 2008