Under Siege And Largely Secret: Businesses That Serve Immigration Detention

The U.S. Immigration and Enforcement processing center in Adelanto, Calif., is one of the detention facilities operated by GEO Group Inc. 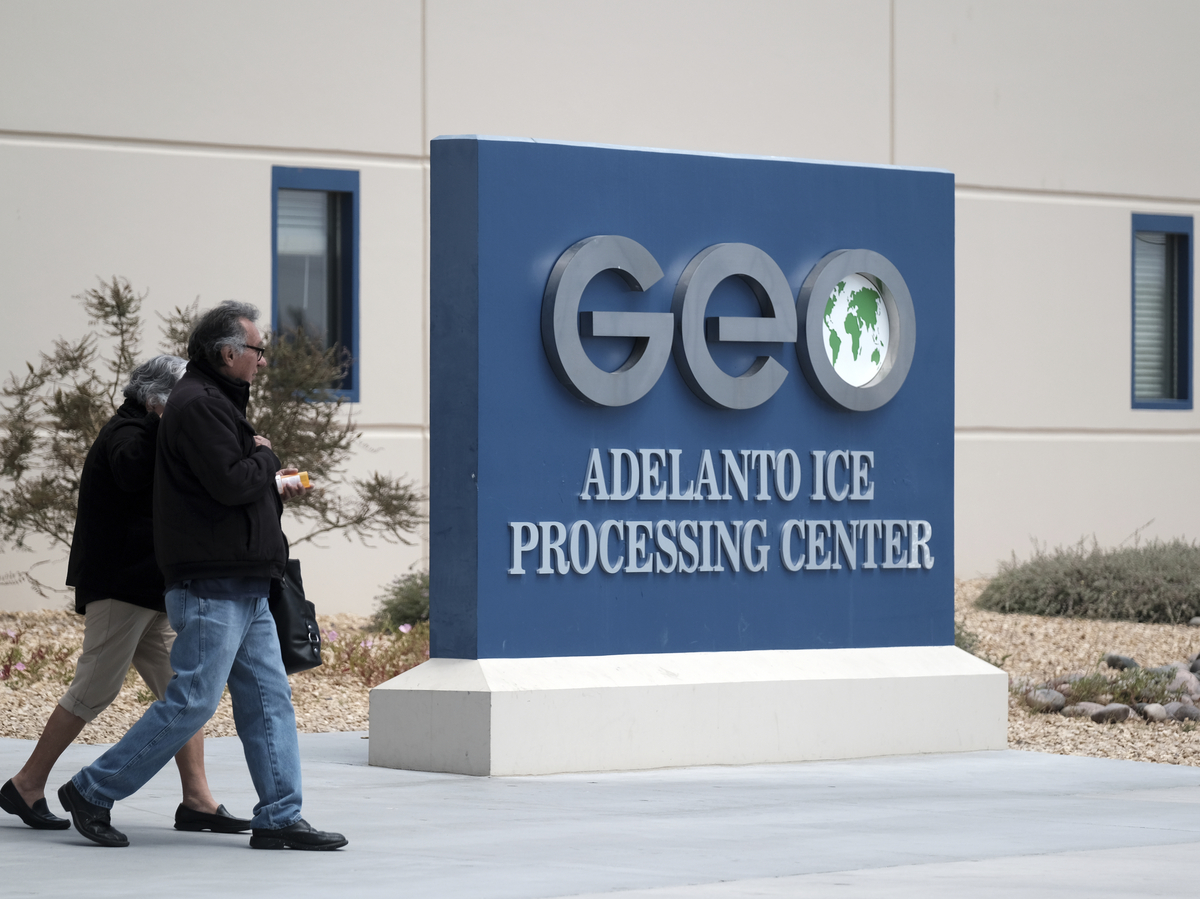 The U.S. Immigration and Enforcement processing center in Adelanto, Calif., is one of the detention facilities operated by GEO Group Inc.

The Trump administration’s immigration policies have drawn condemnation, but increasingly the criticism has also turned to a web of companies that are part of the multi-billion-dollar industry that runs detention facilities housing tens of thousands of migrants around the country.

Businesses that supply goods and services to support those detention centers face increasing public and political scrutiny from investors, employees and activists.

And Bank of America said it would stop financing private prison and immigration detention companies, following similar declarations by JPMorgan Chase and Wells Fargo. Such lending is vital to the construction and expansion of detention facilities, though the industry still has plenty of other options; SunTrust, Barclays, BNP Paribas and other smaller regional banks have not cut ties with the industry.

After American Airlines discovered that migrant children separated from their families were transported on its flights last year, the airline and other carriers asked the government to stop using their planes for that purpose.

The issue has also attracted the attention of Democratic presidential hopefuls, including Elizabeth Warren and Cory Booker, who have pledged to dismantle an industry they say has created financial incentives to lock up more prisoners and migrants.

Activists say they welcome the spotlight on this industry.

“It’s never really drawn anywhere near this level of critical scrutiny, so I think there’s something about the involvement in immigration detention that has really tarnished [their] brand in a really significant way,” said David Fathi, director of the ACLU’s National Prison Project.

The migrant detention system itself is complex. Different federal agencies administer different programs. For example, people caught attempting to cross the border are held short term in facilities operated by Customs and Border Protection. CBP relies largely on municipal and county jail systems that, in turn, use their own contractors to operate the facilities.

Migrant children are detained under a separate system overseen by the Department of Health and Human Services. HHS contracts with Caliburn International, which has come under fire for squalid conditions at one of its centers in Homestead, Fla.

The largest share of migrant detainees are held in longer-term centers run by Immigration and Customs Enforcement. Currently, about 52,000 migrants are held in ICE custody. A majority of them — 71%, according to the National Immigrant Justice Center — are housed in facilities operated by private prison companies.

Two of them — GEO Group and CoreCivic — have contracts to run the lion’s share of ICE’s detention facilities. But others, including Utah-based Management and Training Corp., and about a dozen other smaller firms do similar work. Those companies, in turn, subcontract with many other firms across a wide variety of industries, from food to medical services. Neither GEO nor CoreCivic publicly report a list of subcontractors.

GEO Group did not respond to requests for comment. CoreCivic spokeswoman Amanda Gilchrist said the company relies on different vendors at each facility, but she did not respond to requests for data about those vendors. “For obvious competitive reasons, we do not as a general practice elaborate on details about our company’s contractors,” she said.

Immigrant activists say such secrecy has enabled the detention industry to grow with little oversight.

“If there’s one throughline between every single component part of the ICE detention system, it is opacity; it’s like intentional lack of transparency,” said Heidi Altman, director of policy at the National Immigrant Justice Center.

CoreCivic and GEO Group’s revenues totaled a combined $4.1 billion last year, and detention contracts made up about a quarter of that. Both companies are contending with increased competition and declines in their prison businesses, but that’s been offset by growth in the detention business.

Many activists say the pursuit of revenue in the industry has helped drive today’s immigration policies.

“Why we are in the predicament that we are is in part because of those that are invested in it,” said Bianca Tylek, executive director of Worth Rises, an organization opposing privatization of prisons and detention centers.

The ACLU’s Fathi said the expansion of migrant detention in recent years has been driven by private business, not by the federal government.

“The availability of private, for-profit detention has enabled the administration to dramatically increase ICE detention,” he said. “And I think it’s safe to say that that increase could not have been accommodated without the services … of the private prison industry.”

For its part, CoreCivic said it does not play a role in policy or enforcement. “CoreCivic has partnered with the federal government to operate detention facilities for more than 30 years, and we’ve worked with both Democrat and Republican administrations,” company spokeswoman Gilchrist said in a statement.